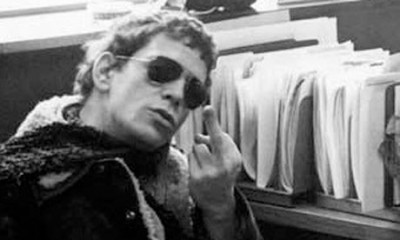 A young Lou Reed. Image sourced from the Daily Banter

Lou Reed’s eponymously titled debut solo album, is mostly a batch of unreleased Velvet Underground songs he reworked for himself. Rolling Stone called it an “almost perfect” album, but it went largely ignored by the listening public. Reed imbues a gentle charm to The Velvet Underground’s scrapped material. For example I Love You, is not unlike a summery Simon and Garfunkel ballad. The first version of Berlin, a track he would later recycle for his 1973 record of the same name, is surpassed only by the live version on American Poet. Going Down, the only track on Lou Reed that doesn’t reappear on another record, is a mellow meditation that suggests just how lonesome Lou must have been in his post-VU, pre-Transformer days. Throughout, Lou Reed is a delicate and humble beginning to the extraordinary solo career that would follow.

Despite being at the height of his career, riding the tide of Transformer’s success, Sally Can’t Dance wasn’t a hit at the time. It could be that Reed’s larger-than-life persona eclipsed the artistry of the “real Lou,” shedding his alter ego to share serious secrets. In “Kill Your Sons,” he tells us what it was like to be forced by his parents into electroshock therapy for being a bisexual teen. In “Billy,” we hear the story of his childhood friend, and how the two would eventually grow apart. But he also gave the public a little more Transformer in tracks full of that New York decadence that put Reed on the map, Animal Language and N.Y. Stars. The album’s standout track, Ennui, is a heartrending tune that could’ve been an outtake off of Berlin, in its icy depiction of melancholia and cynicism brought on by aging.

On its release, Lester Bangs called The Bells Lou Reed’s best and most “literary” solo effort. Although I wouldn’t agree with him (Berlin, hello?), it’s certainly pioneering and very overlooked today. I’d call it his equivalent to Iggy Pop’s 1977 album The Idiot, in how closely it identifies with the punk scene of the time without actually sounding like punk. Disco Mystic reflects on the contemporaneous emergence of disco, at its peak in mainstream popularity, as a murky antithesis. The entire album sounds like the inside of a disco nightclub sunken deep in its own depravity, but like all of Reed’s work, underneath all the aggressiveness and the filth, it’s got a soft heart. Families is a poignant letter from Lou to his family, where he sings, “But papa, I know that this visit’s a mistake / There’s nothing here we have in common, except our name.”  But the love letter “City Lights,” is a jingly, quirky ode to Charlie Chaplin, the most immediately likeable track on the album.

Here’s Lou just before he settles down and gets clean. But the wild Lou Reed of the 1970’s goes out “with a shot in [his] hand” on Growing Up In Public. We see him here at his most candid, his most naked and self-revealing. Which is hardly a surprise considering the album was allegedly recorded in a booze-soaked haze. He professes his newfound love for liquor in The Power of Positive Drinking (though he would eat his words only two years later on The Blue Mask). We’re given a glimpse into a young Reed’s home life in My Old Man, where he describes having to cower under a desk to hide from his physically abusive father. The content of the album truly lives up to its title, and it more than makes up for every time Reed declined to answer a personal question in his interviews. Ever wondered why he always seemed so grumpy? Listen to the hugely underrated Smiles.

Legendary Hearts picks up where his 1982 album The Blue Mask left off, in that Reed offers personal accounts of his new life as a married man, as just your average guy, with all of its ups and downs. He sings of his struggles with maintaining sobriety in The Last Shot and Bottoming Out. He sings of not being able to decide on the color for a room in Make Up My Mind. Legendary Hearts is a perfect example of Reed’s unique talent as a minimalist poet, with songs that you could either dance to at a crowded bar, or silently mull over at home. Pow Wow, the catchiest song on the album, gives us Lou’s humorous take on Native American race relations, inspired by his wife at the time, Sylvia (“Gave love to the Indians, they gave it back / A pow wow in the teepee is where it’s at”). If you want to hear Lou at his most light-hearted and playful, then this is a great place to start.

Like everyone else, I didn’t like Lulu the first time I heard it. I used the word “pretentious,” and thought it was a poor excuse for something new. But after giving it another chance (or a few, rather), I feel like it is Lou Reed’s crowning achievement, his magnum opus. Not a single moment could be spared. I know I’m saying that at the risk of sounding like a pretentious hipster douchebag, and that’s fine, because Lulu tugs at my heartstrings like nothing else. It’s a hallucinatory fever dream that takes you down to the darkest, strobe-lit recesses of the human condition. Take Frustration, for instance, and how it communicates the emotional devastation of sexual impotence. Even as far as surface textures go, Reed’s rough, gravely spoken word laid over Metallica’s steely riffs makes its own kind of sense. He appropriately prefaces the album with a W.B. Yeats quote in its sleeve notes: “Sex and death are the only subjects seriously interesting to an adult.” And it’s indeed a very serious effort. It’s molten metal poetry. It’s like Baudelaire’s The Flowers of Evil meets the best of Megadeath. But even that doesn’t quite do it justice. 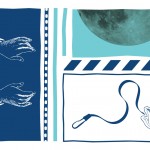