Manifestations of Pain in Gravity and 12 Years a Slave: While the two films tackle vastly different subject matter using entirely different filmmaking techniques, they are markedly related in their means of soliciting emotional responses from their audiences.

Manifestations of Pain in Gravity and 12 Years a Slave 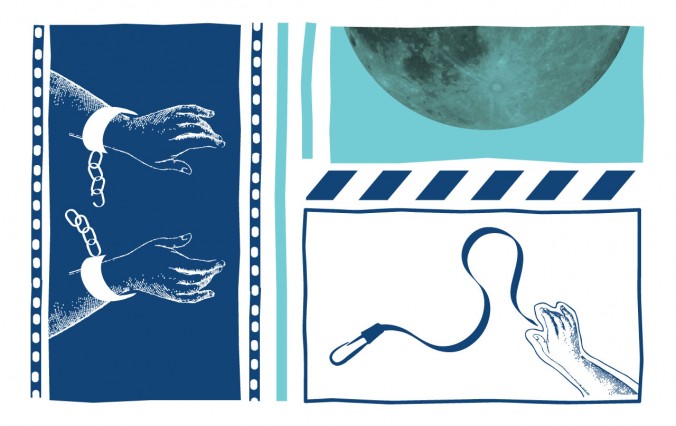 With December looming, film critics and enthusiasts have commenced their annual speculations for the upcoming awards season. At the moment, a handful of films have been part of the conversation, but undoubtedly Alfonso Cuaron’s Gravity and Steve McQueen’s 12 Years a Slave have been at the forefront of the discussion. While 12 Years and Gravity tackle vastly different subject matter using entirely different filmmaking techniques, the films are markedly related in their means of soliciting emotional responses from their audiences.

The majority of the acclaim for Gravity has been directed at the film’s technical achievements. Its depiction of space is incredibly immersive, especially through the film’s use of 3D techniques. It features long stretches of time in which the camera seamlessly switches between the first-person perspective of its protagonist (played by Hollywood favorite Sandra Bullock) and drifting shots that follow the characters as they navigate chaotic situations of exploding spacecrafts and deadly flying debris caught in orbit. 12 Years a Slave, based on the 1853 memoir of the same title, depicts the kidnapping and subsequent sale into slavery of Solomon Northup (played by Chiwetel Ejiofor), a free black man from Saratoga, New York. The film’s narrative unfolds entirely around Solomon’s personal experiences, and it employs a relentless depiction of the brutality and cruelty that transpired over the course of his odyssey. Several critics have applauded the film’s direct approach to the slave narrative, as many Hollywood films tend either to depict slavery in the context of a story about white people, or they skirt over many of the most harrowing details of the slave experience.

Gravity begins with a brief introductory scene in which Bullock’s character, Ryan Stone, attempts to repair a malfunctioning piece of equipment on the exterior of the Hubble Space Telescope. Within first few minutes, viewers are clued into essential character traits that will be explored throughout the remainder of the film: she is on her first space mission, she is inexperienced as an astronaut, and while she is knowledgeable and intuitive, she is ultimately susceptible to anxiety and frustration. Similarly, 12 Years opens with a concise exploration of Northup’s free life in New York: he is a happily married father with two children, he is well-dressed and well-liked, and he is a celebrated violinist. Each of these sequences is essential to its film’s overall narrative structure, as both films’ subsequent dramatic scenes are contingent upon audience identification with the protagonists’ humanity.

As soon as the viewer has developed his or her empathetic relationship with the main character, both Gravity and 12 Years a Slave abruptly toss their heroes into cyclones of hardship and tribulation that ceaselessly play out over the course of the films. In each case, one specific event sets off the chain of further catastrophe. With Gravity, this moment occurs after pieces of high-speed orbiting debris crash into Stone and the rest of her crew. She is sent spinning into space; the camera lingers steadily on her panicking face as the universe turbulently rotates around her  in a reflection on her helmet. The effect is physical and immersive—many reviewers have warned those prone to motion sickness to tread carefully. Stone eventually regains her composure, but this tense scene ultimately sets the tone for the rest of the film.

In 12 Years a Slave, Northup’s descent into suffering commences when he wakes up alone and chained in a cell after a night of drinking with men whom he thought to be colleagues. Confused and disoriented, he is confronted by a man who begins referring to him as a slave. When Northup attempts to defend himself and his freedom, the man viciously whips Solomon while screaming, “You’re a slave!” The scene lingers closely on Ejiofor’s face as the cruelty unfolds, which is visually similar to Gravity’s focus on Stone’s face as she descends into perpetual misery. Just as the reality of Stone’s terrifying situation is abstracted through its depiction on her helmet’s reflection, so too is the barbarism in 12 Years a Slave obscured: Northup’s tormentor is presented out of focus and hidden in the background.

With their stages set early, both Gravity and 12 Years a Slave proceed to plunge directly into depictions of their protagonists’ physical trials as they attempt to survive their forced predicaments. For Stone, this manifests itself in the form of incessant turns of bad luck: every time she progresses toward the possibility of finding safety, something new manages to push her back. Oxygen levels run low, equipment malfunctions, fireballs erupt, and the orbiting space refuse is constantly on the verge of returning. Stone questions herself throughout the entirety of the film with each new hardship that threatens to derail her progress and determination. In 12 Years a Slave, Northup moves from one plantation to the next in a series of increasingly violent and heart-wrenching situations. He is tortured both physically and mentally, and he is constantly fighting the urge to give up his last shreds of humanity. His few attempts to identify with his white captors almost always result in further pain, and by the film’s final act he has barely managed to avoid submitting to his new role as a slave.

While Gravity and 12 Years a Slave initially seem to be covering vastly different territory, their shared narrative structures and the roles of their protagonists link the films through the emotional responses that they generate. Each film relies upon a provocation of compassion within the viewer, and the physically exhausting scenes that occur throughout serve to solidify and amplify these emotional connections. Without betraying the endings of the films, the conclusions of both Gravity and 12 Years a Slave manage to strike similar chords for their abruptness. Each film carries on with its constant abuse of its protagonist up until the final scene. As the credits begin to roll, viewers finally have a moment to catch their breath. 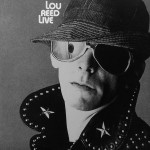 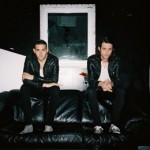