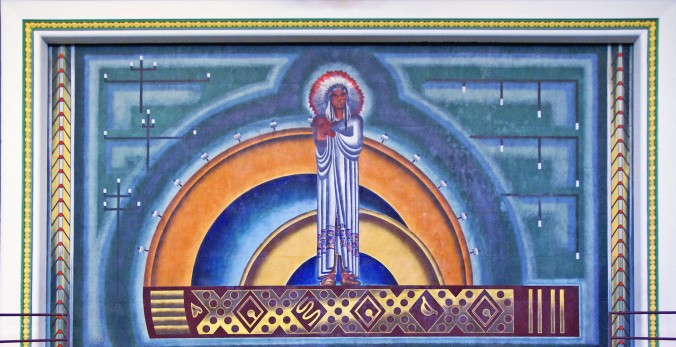 At the height of the Great Depression, the U.S. government created the largest publicly-funded arts program in its history. President Franklin Delano Roosevelt, in an effort to alleviate the country’s 25 percent unemployment rate, created the Works Progress Administration (WPA), employing hundreds of thousands of Americans to build roads and government buildings. He also created a sub-agency, the Federal Art Project (FAP), employing painters, sculptors, printmakers, writers and actors to create more than 200,000 works of art between 1935 and 1943, according to The Art Story, a nonprofit arts education organization.

Artists like Jackson Pollock, Willem de Kooning and Joseph Stella were employed by the Project, according to Artists at Work, a 1991 video produced by the National Endowment for the Humanities. Artists were finally able to make a living, thanks to public support. “It moved us to tell the story of the American people in our work,” says artist Joseph Delaney. “Artists have a tendency to live in an ivory tower,” said sculptor Alice Neel, but WPA funding “took us out of our studio and made us more aware of the world around us.”

The Project also established teaching programs in community centers and schools across the country, including in rural areas and held exhibitions of professional artists’ and citizens’ work. It founded 100 community art centers around the U.S. At his 1941 dedication of the National Gallery of Art, Roosevelt said Americans have been “taught to believe art was something foreign to America and to themselves. They have discovered in the last few years that art is something in which they have a part. They have discovered their own towns in pictures painted by their sons, their neighbors.” One community art center still stands, and it is in Chicago. The South Side Community Art Center, now a nonprofit, has been a venue for African-American art for more than 70 years.

According to Art for the Millions, a 1973 collection of essays, Chicago’s “Poster Division” experienced such high demand that it created a dedicated “Silkscreen Department.” The posters were advertisements from the “City of Chicago, State of Illinois, the Federal Health Department, The U.S. Post Office, Chicago Park District, Department of Agriculture, the Chicago Zoological Park, Libraries, the Art Institute of Chicago, and many others,” as well as various agencies within the WPA. The posters were placed on “the ‘L,’ art museums, schools, libraries, community centers and in traveling exhibits,” and were given to local merchants for their shop windows. 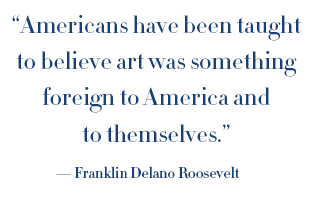 There were children’s art galleries, community art centers where anyone could take classes, and FAP galleries established to show the work. Writer Mary Morsell says the Project’s exhibition program was like a “slow journey from New York to San Francisco. They give a vivid sense of all that may be ours, if cultural riches be given one half the encouragement that has brought triumph in the mechanical and industrial world.” In her travels she saw “a painting of a Negro graveyard in New Orleans, Middle Western farmyards drawn in the mood of poetic fantasy and a piece of mystical folk sculpture.”

For the first time in American history, she says, the general public was as responsive to contemporary visual art as it had been to new books, plays or music, because citizens had been given the opportunity to participate in the arts in their own communities. Professional artists, however, were not ubiquitous in their acceptance.

Artist Robert Jay Wolff wrote an essay claiming the idea of the artist as Bohemian was still strong among artists in America. For the first time, artists were offered regular employment, but it was not accepted with “wonder and enthusiasm by the whole community,” Wolff says. American society still considered the artist to be a talented misfit, and artists still clung to the legend that gave them, through poverty and isolation, precious freedom from the humbling process of identifying one’s efforts with those of others. “It is safe to say that not a few of them at the beginning of the Project were prepared to be ashamed of their employment,” Wolff says.

Over time, he says, that changed. New York artist James Brooks said in Artists at Work that the FAP “took competition between artists out of the art world, so we started to see ourselves as part of a whole.” But that solidarity came to work against them in the end when some Project artists began including representations of workers’ rights and symbols of communism in their work. In 1939, the Project began laying artists off and experiencing budget cuts. Chicago artists had already formed the first ever labor union for members of their profession, the Artists’ Union. Although it took courage to join amid accusations of being “red” artists, Wolff writes, members were turning out work that was creating a “nationwide impression that Chicago was an increasingly important center of American art.”

Neel said that Republican Party members she knew were starting to say that FAP artists were “just boondoggling.” According to The Art Story, Mark Rothko was dropped from the Project 1939, and Lee Krasner and Jackson Pollock were let go a few years later. As Americans were increasingly employed as part of the country’s WWII effort, the Works Progress Administration became obsolete in the eyes of the public and the government, and in December 1943 the WPA and all of its programs was disbanded.

The federal government began auctioning off thousands of WPA-funded paintings by the pound, according to Artists at Work. One plumber paid $300 for several thousand oil paintings to use as pipe insulation. Public murals across the country were removed or painted over. “The Red Scare made people afraid that there may be symbolism in them,” said Brooks. Not five years prior, Chicago’s reputation as a serious art center had been growing thanks to the very artists who were later “denounced and vilified,” by the public, according to Wolff. Imagining a legacy greater than a handful of murals around the city, he wrote his essay in 1939, when the Artists’ Union was “finally becoming the collective voice of this new and fruitful patronage.”

Beginning in 1994, the Chicago Conservation Center uncovered and restored many of the hundreds of WPA-funded murals in Chicago Public Schools. Ours is an age in which public funding for the arts and arts education is continually under attack from the right. Cities tear down works of architectural beauty to make room for functional structures, and museums favor fashion and celebrity-related exhibitions to attract visitors. The Federal Art Project could never happen now, but it is a bit of hope to see that in this one instance, Chicago did not throw away what it already had. 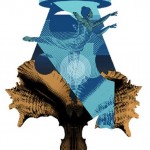 Some Wind for the Sailboat 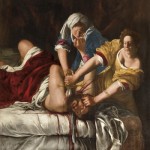