The lucrative (and homophopic) underbelly of the sperm donation industry 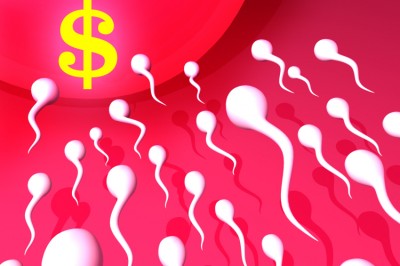 As someone not earning enough money to live outside of my parent’s home, this weekend, I looked into becoming a sperm donor.  In the Chicagoland area, there are only  two avenues for those who want to trade sperm for cash (there should be a Cash4Sperm store attached to local Cash4Gold stores) and they are the Midwest Sperm Bank, and The University of Illinois at Chicago’s urology center. The sperm industry is a lucrative venture for both donors and clinics, as those who are eager and willing to ejaculate in a cup once every week, for 12 months, and then hand it over to a sperm bank, can be paid up to $100 dollars per vial.  But its not all a plastic cup of peaches and creme, as the screening process is highly selective, with less than 5% of applicants accepted.  Only donors with the highest sperm counts are chosen and the bank only accepts samples that are the crème de la crème – those that meet their “quality standard of 20 million motile sperm.” It’s like Yale, but for sperm. But even Yale applicants aren’t subjected to such rigorous standards. Applicants are required to submit endless blood tests, urine samples, baby photos, undergo screening for 100 recessive genetic disorders and regale doctors with extensive explanations of personal sexual histories. Additionally, during this 6-8 week  process, applicants can be rejected for just about anything, at any time.

But these rigid requirements were not the most disturbing thing about the process. Though in the end I qualified for all of the ultra-specific requirements expected of donors, such as being at least 5′ 10” and attending a four year college, one of the requirements really perturbed me. It stated that donors must have “Sexual parters [that] are specifically Female.” Though the clinic states on the front page that it works “with heterosexual couples, lesbian couples, and single women of all races, religious and ethnic backgrounds,” apparently this does not apply to the donation process, as  gay men are explicitly excluded.  After doing some research, I found that this ban is part of a larger homophobia enacted by the FDA against potential gay sperm, organ and blood donors. It cites a fear of HIV as its raison d’être. This is an absolutely absurd claim, as the process for organ, blood, and sperm donation requires examinations of medical history and individuals with diseases like HIV are immediately ruled out as donors. Instead, this decision is part-and-parcel of the larger role of homophobia in federal policy, which essentializes  gay identities by conflating them with disease.

While the human seed industry has a seedy (and disgustingly prejudiced) underbelly, its procedures are at least less terrifying than the egg donation industry, which requires even more invasive procedures but pays significantly more (upwards of $5,000).  After shooting the clinic an email, calling for information and being directed back to their website, I am contemplating giving up on becoming a sperm donor. I guess I’ll see if they write me back, as passing up the possibility of getting paid $100 a week to ejaculate in a cup deeply saddens me.

As a rational human being, I have reason to believe that this song  is about  sperm donation when it describes “slipping and sliding” “living things”  that are “a terrible thing to lose.“ 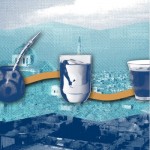