A dispatch from the Chicago Internet Cat Video Festival.

A Dispatch From The Chicago Internet Cat Video Festival 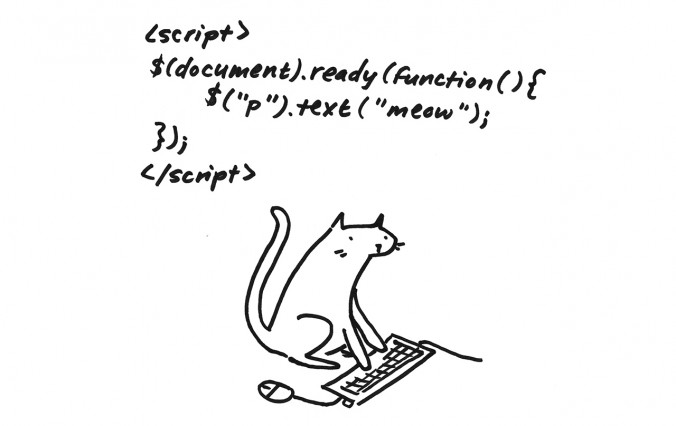 There is something inherently voyeuristic about watching the cat videos that populate our social media feeds, YouTube favorites and email chains. Cats are private creatures by nature, but to show their antics (or lack thereof) can be a budding filmmaker’s chance to courageously tackle the trickiest kind of film: home movies.

What was once the private ritual of indulging in short, out-of-context viral pet videos has exploded into the realm of mass entertainment. But what exactly happens when thousands of people step away from the virtual reality of their laptops and get together in the flesh to watch cat videos? The self-reflective practice of cat-obsessed link sharing has now become a roadshow spectacle thanks to a project from the Walker Art Center in Minneapolis. The very first Chicago Internet Cat Video Festival, which invaded the Northwest side’s Irish American Heritage Center on October 19, brought area ailurophiles together in a celebration of the short films that show how cats indeed control the very heart of the Internet.

In 2012, Walker curator Scott Stulen organized the first Internet Cat Video Festival as an exploration of the nature of what happens when private experiences (such as watching a kitty clip on a smartphone alone) translate to public events (watching the same video with thousands of other people on a big screen). Thousands of people flocked to the free screening on the museum’s lawn and a new tradition was born. This past August, the festival moved to the Minnesota State Fair Grounds, where about 11,000 people willingly paid admission to watch beloved memes, schmooze with Internet cat celebrities such as Grumpy Cat and Lil’ Bub and partake in a whole other slew of cat-themed entertainment. The recent Chicago incarnation was the city’s first time participating in the phenomenon with their own satellite festival.

Stulen, who joked at the Chicago event that he calls himself “the curator of all things that are barely art,” explained that this project could have been anything, but that cat videos are a perfect fit. Notwithstanding the idea that the human brain prefers images of cats to pretty much anything, cat videos have provided an interesting, and extremely accessible, opportunity to explore what happens when creative endeavors straddle the line between “art” and “entertainment.” The biggest plus of the project is that it fosters a sense of wider community involvement and fundraising opportunities to help cats in need; the entirety of the $10 cost of admission to the Chicago screenings acted as a donation for a local rescue group.

I consider myself to be a connoisseur of cat memes, and jumped at the chance to see this year’s offerings. I attended the second-to-last screening of the night, and arrived early to check out the festivities. Upon arriving, I was greeted by a chirpy woman with a clipboard informing us that one of the entrances to the venue was only for the guests of a wedding reception. Indeed, as I made my way to the proper door I noticed a very odd mix of smartly dressed gawkers. The bride, who strode down the hallways of the first floor around the auditorium where the screenings were taking place, was obviously dismayed that a growing array of people in bejeweled cat ears and painted-on whiskers were congregating around her invitation-only cocktail party.

While I waited for my screening to start, I puttered around the exhibition rooms. There was some bizarre non-cat-related stand up comedy, a makeshift bar selling “Kitty Cocktails” and an array of cat-friendly organizations and crafters. One could buy everything from handmade catnip toys in the shapes of fruit to framed x-rays of shelter cats. Several people were getting into a heated discussion over trap-neuter-return, a method of humanely controlling feral cat populations. 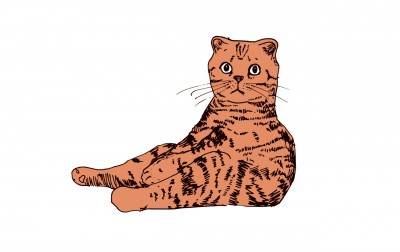 There were no actual cats allowed on the premises.

Finally I filed into the auditorium, where a slideshow akin to the pre-show entertainment at movie megaplexes displayed photos of heartbreakingly sweet shelter cats up for adoption mixed in with random cat trivia (did you know that Issac Newton invented the cat door?)

On to the cat videos.

There were the Hall of Famers:

As I sat there, at first I felt like I was in on some randomly curated clip party, but with each successive meow, I got into the groove and lost in the waves of emotion that can only come when watching the innocent. It was only towards the final third of the reel that I actually noticed that I was sitting among other people having similar experiences; we had all become lost in our own personal absorptions of cuteness. The deafening guffaws of my neighbor’s reaction to a cat dressed as a shark riding a Roomba struck me out of a personal reverie and reminded me that I was part of a community of compassion.

Something shifted into the transformative experience that only comes from the dark world of the cinema. We all laughed together, gasped together, “awwww”-ed together. When it was over, there was a sense of calm release. We filed out. I had a strong urge to run home and see my cat.