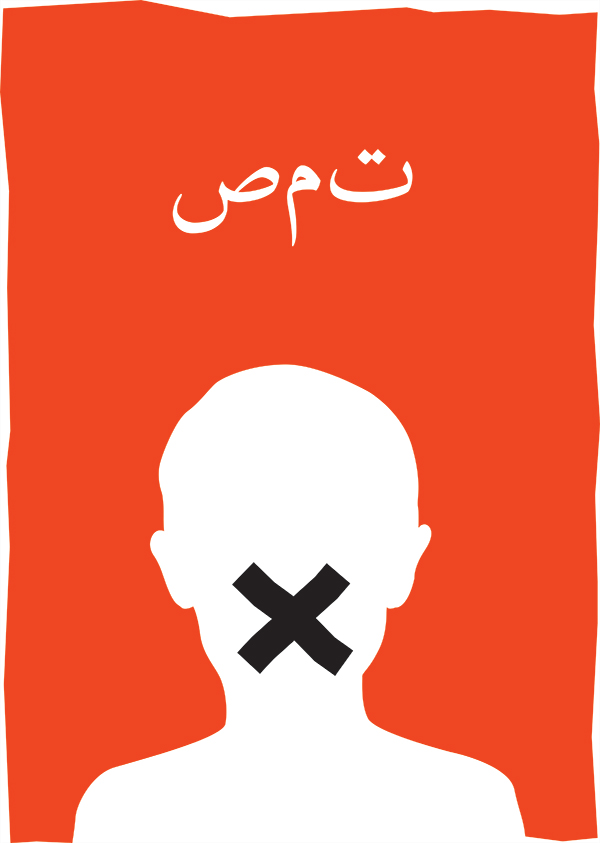 Two and a half years into the Syrian crisis, with at least two million refugees and 100,000 killed, on my first day of class this year at SAIC, a friend asked if President Obama was about to “start a new war with Syria.” I paused for a moment of frustration, having repeated the story of my departure from my country for the nth time, and instead, said, “The war on Syria started two and half years ago. But many were not paying attention.”

Two years ago and only a few months into the revolution, I remember seeing fewer and fewer of my friends from Daraa on campus. News of tortured children began to circulate. The once-carefree bourgeois mood of our private school was changing, and the environment became increasingly tense as students began to take sides. Among friends, we began to discuss the protests erupting around the country with caution and excitement. Albeit fearful, many of us felt hope, a notion that had been absent from the country since our government had massacred tens of thousands of Syrians in 1982. Ali, a friend of mine who was a fifth year architecture student from Daraa, was living proof of this hope. In his final years of college, he fell in love with a freshman architecture major who was captured by his energy. The two had made plans to get engaged upon his graduation, but he never got his diploma. Instead, he was shot dead, and with him went every ounce of hope.

Secret service agents and buff men with machine guns were deployed to conduct searches on students upon entering our school campus. The student union, which was essentially composed of students affiliated with Syrian intelligence, made sure to monitor every large group gathering on campus and issue plenty of warnings about the harsh punishments awaiting those who spoke poorly of “his majesty,” Bashar al-Assad. I had been internally struggling for years with a feeling that my college was too corrupt, and now it was outwardly so. My values were being shattered for having to accept the increasingly patronizing voice of the regime propaganda being forced upon us, depicting the very same people who killed my friend, Ali, as dignified soldiers fighting the Western-backed Islamic terrorists. I would think silently to myself, “How dare they call Hamza al Khatib, the 13-year-old who was tortured for his anti-regime slogans, a terrorist? How dare they call my friend Ali, the dedicated architect, a terrorist?” But I did not dare speak those words aloud out of fear for my own safety and dignity. I was not ready to face rape, torture or even death; nor was I able to remain silent, so I left Syria.

I left for Lebanon temporarily to start an internship in Beirut with a well-reputed architectural firm in the heart of the city. I left without saying goodbye, planning to return. I watered my jasmine tree, pushed all my plants towards the windows, did all my laundry and left it right on my bed; I closed the shutters, turned all the lights off, grabbed my suitcase and made my way to the airport.

In Beirut, the scene was not too different from that of Damascus. Government loyalists marched proudly around al-Hamra Neighborhood, asserting their presence and indirectly threatening those who dared oppose them, but that sort of tension was familiar there. Occasional violence broke out in the Lebanese towns and villages between Syrian regime loyalists and those in opposition. Syrian activists who escaped to Lebanon were also threatened and kidnapped.

Most Syrian youth were not concerned with politics until the revolution. Politics only brought trouble and torture, so for generations parents made sure their children were as distant from the political arena as possible, and teachers made sure to follow assigned curricula to avoid being punished. At Syrian schools, compulsory courses like Nationalism and History were dedicated to etching the nation’s “enemies, ” Israel and the Jews, into the students’ memories. Meanwhile, a growing percentage of the population was living in poverty: according to statistics from the United Nations Development Program, it was close to 30% before the uprising in 2009. For generations, the closest the Syrian public had ever gotten to politics was the Palestinian-Israeli conflict that had not affected Syria nearly half as much as Assad was affecting it.

Back in Beirut, I closely followed the news to both stay informed and to ensure that loved ones were safe. I made frequent road trips to Damascus to visit my sister and her newborn daughter, who later started to have trouble falling asleep due to the loud gunfire from the city of Darayya, only a couple of miles away from our neighborhood. Following the completion of my internship, I made the decision not to return to Syria in spite of having made it to my senior year. The images of homeless children and beggars roaming around the streets of Damascus and the miserable faces of the people struggling to go through their daily lives were haunting me. I knew that returning to Damascus could be a matter of death or torture. As I had broken my silence, I was incapable of returning to my pre-revolution state. I had made the decision to leave as if the crisis in my home country was naturally going to end soon, and that I would be able to make it back home right after graduation, as I’m sure was recently the case for Tunisians, Egyptians and Libyans.