A Report from EXPO Chicago

The efforts of this year’s EXPO to reach out to the greater Chicago community, in part to attract collectors, also exposed the emerging and international art world to more than just art buyers and sellers.

A Report From EXPO Chicago 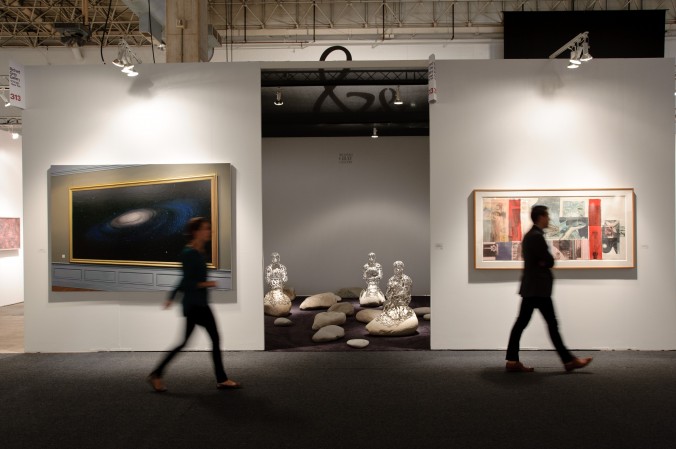 Chicago’s second annual international art fair took some obvious steps in becoming more than an art market with efforts to appeal to those who were not looking to shell out a fortune to own some art just yet. EXPO’s programs to appeal to the non-collector audience were a welcome change, though a bit short on determination.

It continued last year’s panel discussion sessions by a broad range of art professionals in partnership with the School of the Art Institute of Chicago. Lecture series have become pretty much a routine in major art fairs albeit a welcome way to engage and educate. /Dialogues featured New York magazine art critic Jerry Saltz in the first session, followed by Michelle Grabner, professor and chair of the Department of Painting and Drawing at SAIC, in conversation with other artists. The often vivid and thought-provoking discussions between art practitioners throughout the four-day exposition were no doubt a boon to the dozens of interested parties in the live audience. But that could reach only the attendees to the fair who happened to stroll by. A reasonable step could have been to step out of Navy Pier and bring the dialogue to the community. In the first edition of EXPO, /Dialogues had an event in the SAIC Ballroom, with an artist residency panel discussion in early April last year. /Dialogues was rather contained to the fair venue this year, missing the opportunity to reach out to wider audiences in the community of urban students. 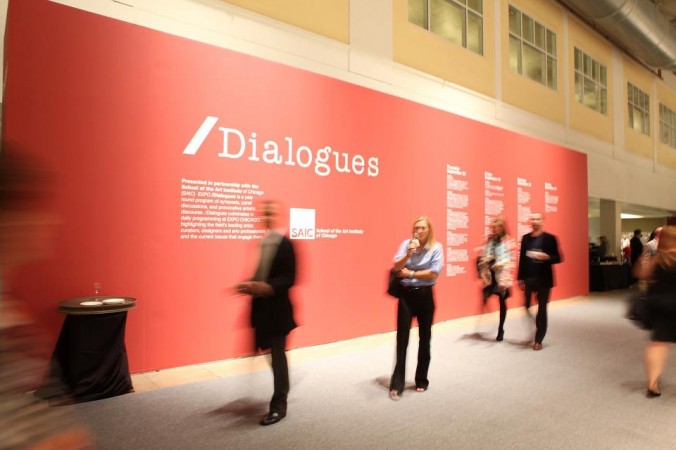 Anyone in an art fair can have as much fun as a cash-strapped collector by simply visiting as if it’s a museum. However, it is more common that the experience of hundreds of booths causes booth fatigue. The art viewing experience at EXPO Chicago was, fortunately, enhanced by IN/SITU, curated by Shamin M. Momin, co-founder of non-profit Los Angeles Nomadic Division and formerly curator at the Whitney Museum of American Art. These site-specific installations were scattered throughout the airy Festival Hall to break the repetition of partitioned spaces. Such efforts to bring in large–scale installations have made frequent appearances in art fairs in recent years and go far to inject vitality into an otherwise tedious trudge. The first edition of Art Basel in Hong Kong, held this May, similarly showcased sizable works in between booths, curated under the title “Encounters.” In March 2013, the entrance to Art Paris Art Fair hosted a dinosaur-sized installation that, along with a host of select installations, added to the experience for collectors and non-collectors alike.

In another effort to elevate the art fair to more than an art supermarket with champagne and fancy designer chairs in the cafe rest areas, the second EXPO Chicago introduced more than 20 special exhibitions into the fair. Although these exhibitions – like their commercial counterparts – lived in booths (and indeed made a good killing this year), they displayed special collections of the host that were hidden gems amid the cubicles. To name a few, the Andy Warhol Museum put on a special exhibition of some rare photographic moments of Warhol captured by William John Kennedy and Jeff Hirsch Books presented a curated selection of rare photography books alongside original editions of art publications. 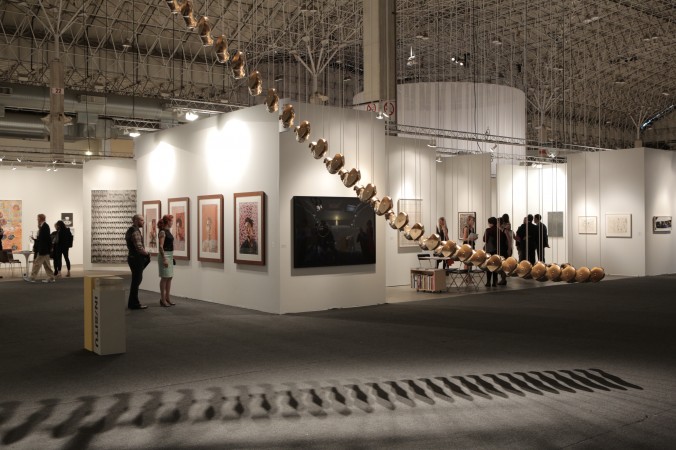 A highlight of EXPO was Art Week, which included 14 exhibitions around Chicago taking place concurrently with the art fair. EDITION Chicago was a miniature art fair in its own right, showcasing more affordable works of art. Located in a casual, quiet neighborhood in the West Loop, the satellite art fair was an interesting complement to EXPO, inviting collectors to get in touch with the Chicagoan art scene in a more intimate way. The focus on affordable contemporary art evoked the Affordable Art Fair, which has gained momentum in New York, London, Hong Kong and other major cities. EDITION took an approach that may serve as a model, piggybacking on a bigger fair to gain exposure. Trying to juggle an intimate context and hype by making visits to the EDITION invitation-only, this affordable satellite to EXPO limited viewers to collectors and potential buyers. This shut the door to the majority of the general public, who lost the chance to glimpse local independent art spaces and the works of emerging artists.

Fairs are, by definition, places where people gather for the promotion of products and sale of goods. The success of art fairs – and their proliferation in many parts of the world at a staggering rate – are an inevitable sign of the triumph of commerce. EXPO’s effort to reach out to the community, in part to attract collectors, also exposed the emerging and international art world to more than just art buyers and sellers. Hopefully, this is a most fair price to pay.

Revival Tonight! dance/music/party for free beneath the Pritzker