3-Day Punk Party and A Make Out Booth

Riot Fest 2013 proves that punk’s not dead, nor ever will be.

“We may not be the prettiest festival, but we’ll totally sleep with you on the first date,” Riot Fest readily admits on their official website. And they’re right. Five stages, oh so many great bands and thousands of people jam packed Humboldt Park and rocked it to the ground for three straight days. Pure festival spirit fueled a music-beer-carnival wonderland, proving that punk is definitely not dead nor ever will be. 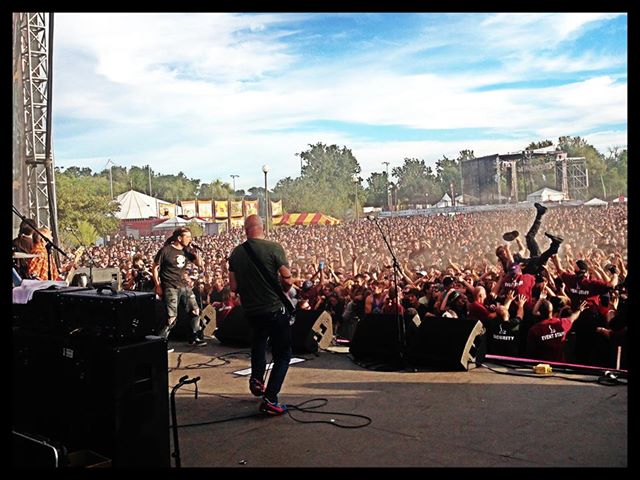 FLAG performing at RiotFest Chicago. All photographs courtesy of the RiotFest Facebook

Fall Out Boy, Blink 182, Pennywise, Public Enemy, Flag, Bad Religion, Rancid, The Violent Femmes, The Pixies and Blondie formed part of the extravagant lineup for Riot Fest’s ninth year, along with the long-awaited reunion of The Replacements. The park turned into a massive playground filled with rainbow mohawks, crazy tattoos and Ferris wheel rides. A childhood memory of a picnic on the grass was replaced by exotic food trucks and gallons of beer on tap.

Highlights for the year included Chicago’s very own Fall Out Boy, who monopolized attention partly because they partied with the Stanley Cup. Trashy 1960s pop-esque or not, Blondie and punk-is-very-much-alive diva Debbie Harry still had it. The same went for The Violent Femmes, who played their first album from start to finish for a crowd that happily danced down sweet memory lane. Age ain’t nothing but a number during these three days. 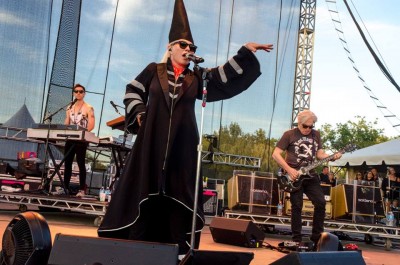 Insanely energetic Blink 182 rocked the stage in pop-punk mayhem like it was 1999. Was the irony of playing “What’s My Age Again?” too much to handle? Not for this trio who still remain teenagers at heart, and not for their fans, who exploded into a paroxysm of excitement. Once again, they proved that they’re punk royalty to a gaggle crowd-surfers, twisted ankles, panic attacks and bewildered fans who tried to scramble up security barriers. Things quickly turned into a not-so-beautiful mess when photographers had to run for their lives from a frenzy in the mosh pit that left several people injured and six hospitalized. “If someone falls, help them up. I shouldn’t have to tell you that!” Mark Hoppus admonished in a glimpse of maturity. For the sake of good old times, he invited groupies to a “make-out booth” under the Ferris wheel, where Travis Barker gave out French kisses to orifices of his choosing. 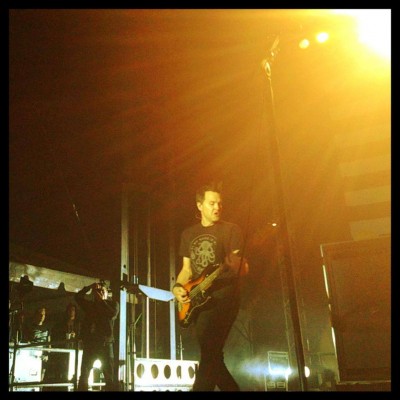 ”I now know what thousands of wet denim vests smell like” joked a member of the festival crew when the event proved its “rain or shine” commitment on the last day of the extravaganza. Festival-goers though, begged to differ. “I’m glad it’s raining. No one will be able to tell that I’m crying during The Replacements,” one fan gushed. “The difference between Riot Fest and every other festival is that when it rains, the only complaint people have is that their beer gets watered down,” another explained, and then promptly tweeted at the same time. They were absolutely determined not to let a little rain ruin their plans. “We had a heck of a weekend and are gonna have a wicked three day hangover!” squealed soaking wet but happy groupie. “Just know that it was beyond awesome. Wow Riot Fest! Thank you. And THANK YOU!”

If getting sweaty, dirty and exhausted is the formula for a successful gig, Riot Fest can relax again until next year. Mission accomplished.