Animal Collective have cancelled their upcoming tour dates due to illness. 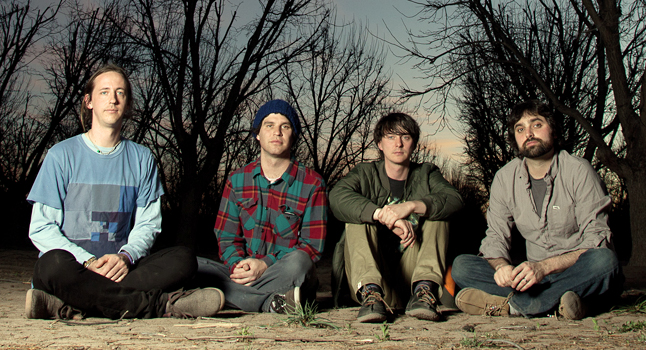 On Thursday Animal Collective announced the cancellation of their upcoming July tour dates due to illness. This is the second time this year that the band have scrapped a tour for this reason, and some of the July dates just cancelled were rescheduled shows from the initial postponed tour. The apologetic post on their Facebook page now has 446 comments ranging from well-wishes to irritated, furious and ridiculous complaints (ex. “I scheduled fucking surgery around the cleveland date,” “stop being vegetarian and this won’t be a problem anymore,” “go to hell!”)  While I can understand the frustration of having your plans fall through, it’s a selfish and hostile act to go off on artists when they’re trying to protect their health. Their 10/17 Chicago date at the Riviera Theater is, as of now, unaffected. 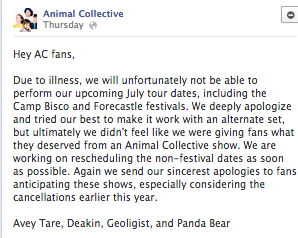 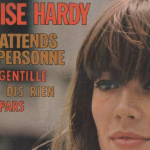