Music in Mali after Rebellion.

The Festival in the Desert specifically commemorates the “Flamme de la Paix,” an accord established in 1996 with the burning of 3,000 small firearms belonging to both Tuareg rebels and Malian forces. A monument of melted guns still stood in a quiet garden when I visited in 2011. The Festival had provided income, infrastructure and developed community for over a decade.

Although the festival was set up by Tuaregs, the dunes became a cosmopolitan hub for those three days as diverse groups within Mali came together. The Tuareg travelled in caravans of camels to the festival from villages deep in the desert. Others came by jeep. Some crossed the river Niger at the ferry of Mopti in their journey from the south. Locals from the city of Timbuktu, drove, walked or took mopeds across the sands to the festival site. Songhai, Peul, Fula, Dogon, and Bambara came as well as visitors from around the globe. Established musicians from within Mali and elsewhere performed, met and jammed in impromptu groups.

During the day I had endless offers of tea and spent long hours in a tent shielding out the sun listening to life stories and jams. One day I spent three hours learning to play a thumb-piano (bidiga) made of a giant tomato tin and listening to the maker speak of singing at weddings with Ali Farka Touré. The concerts started after sunset and continued long into the night. Tuaregs especially enjoy dancing very slowly and elegantly to the traditional Takamba rhythm, swaying long limbed in flowing robes. Super Khoumeissa, Terakaft, Tinariwen and Khaira Arby are all stunningly hypnotic Kel Tamasheq performers. There were also players and innovators of different traditions — including ngoni player Bassekou Kouyate, hip hop artist Amkoullel and the diva Oumou Sangare.

Since the outright ban of all music last year, musicians from the Gao/Timbuktu region have fled to neighboring Mauritania, Niger, Burkina Faso, or to southern Mali, continuing to pursue their livelihood, traditions, and artistry.

Festival in the Desert founder Manny Ansar communicated with many musicians who had fled to Bamako with their families. Instead of cancelling the festival, he planned a “Festival in Exile.” He organized two caravans, one from Algeria, and one from Bamako to travel over two weeks to the site. He planned to continue Timbuktu’s tradition of peaceful celebration in Oursi, a small village outside Ougadougou in Burkina Faso, with a similar terrain and mix of peoples. Musicians in the caravans would perform along the way, spreading the message of peace and reaching out to communities.

The MNLA joined the French army in January of 2013, fighting to oust the fundamentalist AQIM and the Ansar ud-Din occupiers; but the north is still fraught with violence and travel through Algeria and Bamako is far too dangerous. The Festival in Exile has been postponed until after the rainy season, next September. Musicians are even being warned to delay their performances in Bamako due to the politically charged atmosphere.

Despite diminishing live performances, musicians within Mali continue to exert their influence. Amkoullel, the Bambara hip hop artist who has performed several times at the festival, set up the foundation Plus Jamais Ça (Never Ever Again) in Bamako to promote dialogue among ethnic groups. His song “SOS” — about men with guns, displaced women, and the security issues of concern to the people in the north — was released after the occupation of the north of Mali, before the coup. Musicians from diverse backgrounds collaborated to produce “Voices for Mali,” incorporating different styles and comments on the political situation, reinforcing music’s potency to discourage cruelty, hate, divisiveness, and isolation and as a mode of criticizing the status quo and celebrating life. 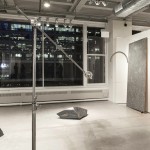 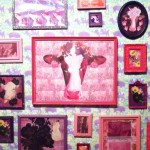