Scientific problem-solving can require the illusion of binary output. Answers are either right or wrong based on a rigid structure of expectation. This can create an atmosphere that is not always conducive to creativity. This impulse helped push Lindsey French away from an initial interest in environmental design and toward her art practice. For French, the fundamental divide between nature and urbanity in contemporary thought presents another limiting dichotomy. While environmental conservation and protection have noble goals, they are also the product of a potentially damaging and reductive idea of what is “natural” and what is not. French considers the earth a shared space, and the parcelling of land — as “nature” or otherwise — strengthens impressions that the natural world is foreign. At a fundamental level, this foreignness can be used as justification for subjugation and dominance.

French’s artistic output, as she works toward her MFA in Art and Technology, seeks to raise questions that undermine this separation based on pre-conceived ideas about the static nature of vegetation. Her project “Novel by an Oak Tree” is partly motivated by scientific studies that demonstrated how plants communicate not only via chemicals and light, but also by sound. To extend this analysis she sexperimented with methods for communicating with trees. During a stay at the Ox-Bow Art Center she chose an oak tree and over the course of several days sat with her back against it while she read the Virginia Woolf novel “Orlando” (which features an oak tree as an important symbolic presence). Using hypersensitive piezoelectric sensors, she recorded the tree’s minute vibrations throughout her reading.

She then created an algorithm, using the text of “Orlando” as a key, and converted readings from the the tree into a retelling of the novel. The resulting text is a re-mixing of the English language via natural interruption. In subsequent performances she has read the translated version to another oak, thereby closing the loop and making a statement about the perceived limits of language and audience.

Her work is not to suggest that trees and humans can, or even should, share a method of communication. Instead she wants to interrogate assumptions about the limits of language and communication, demonstrating that much can be learned simply by listening closely.

At the dawn of the scientific age a thin line separated alchemists seeking transmutation via a blend of experimentation and mysticism, and proto-scientists inventing the field of replicable study. Marissa Benedict creates complicated structures — where mead ferments or algae is transformed into bio-fuel — that invoke this alchemical sense of trial-by-error experimentation and autodidactic innovation. It is easy to imagine Benedict’s studio space as a blend of environmental activism and a mad scientist’s laboratory.

Benedict identifies as a sculptor and her practice combines elements of art and science as loose and imaginative points of inquiry. Of the advantage of being an artist and not a scientist she ascribes an essential degree of freedom from expectations. “There is a certain level of uncertainty, and of being okay with uncertainty and not knowing where all this is going,” she told F Newsmagazine.

She disavows any sense of didactic purpose for her work, and tags like “eco art” are too limiting. “Whenever you work with something green, people want to be like ‘oh, it’s eco, I get it.’” For Benedict her work isn’t as simple as pursuing some environmental truth. Instead it is an exploration, or as her projects are termed on her personal website, “propositions.” She wants to delve into a subject and explore whether something is good or bad.

This distillation of good and bad is illustrated in her work developing bio-diesel fuel from algae. As she worked toward creating an alternative fuel source, using dated textbooks and scientific manuals as her guides, she also encountered complex systems of international commerce, consumption and reliance on fossil-fuels. Oil, itself, is derived from algae transformed over thousands of years. Today, algae has the potential to solve the energy crisis or overpower and destroy an ecology. It is this duality, and the threat/promise of unexpected outcomes that drives her work.

Benedict’s sculptural compositions are gurgling, buzzing and messy structures. They bear the mark of the artist in every loose-fitting joint or wooden beam dyed green by a spill. In this way Benedict is removes the veil of mythical precision from scientific exploration. She lowers the bar of entry for engaging in such a practice, demonstrating that anyone with a creative problem-solving skills and all-consuming curiosity can make work that could alter the world or our understanding of it.

Artist Moe Beitiks uses apology as starting point for her recent work. In “Lab for Apologies and Forgiveness v.2” she combined elements of performance, installation and scientific experimentation to engage the nuances of humility in the face of ecological disgrace.

Red Gate Woods, a forest preserve in the Chicago suburbs, is the former site of the world’s first nuclear reactor. Built in the early stages of the Manhattan Project, the site was later abandoned and the reactor and other nuclear waste was simply placed in a hole and buried. Today the forest preserve is an island of natural placidity in a sea of suburban sprawl. Yet areas of the forest preserve remain fenced off due to toxic levels of radioactive poisoning in the soil and vegetation.

Beitikis’ work is an attempt to create a point of dialogue between herself and an element of landscape. The root of “Lab for Apologies and Forgiveness v.2” was communication between her, the radioactive soil of Red Gate Woods and a bacterium called Geobacter Sulferreducens, which has the ability to control and cleanse radioactive waste. Her installation during the “New Work” show at Sullivan Galleries included illustrations of the bacterium that explained its function, soil samples from Red Gate Woods enclosed in jars and a series of videos where Beitiks apologizes to various maligned public figures who she feels have been treated unfairly.

In an extension of “Lab for Apologies and Forgiveness,” she conducted  a performance at Defibrillator, in which she re-enacted a Manhattan Project scientific experiment gone awry, also  dramatized in the film “Fat Man and Little Boy.” She reenacted a scene where two halves of the “Demon Core,” came together releasing a wave of radioactivity that eventually killed the scientists involved. In Beitiks’ retelling, the halves of the “Demon Core” are “seed bombs” composed of clay, compost and seeds. As the movie played behind her, Beitiks molded her reinterpreted “Demon Core” and played out the drama depicted on the screen, thereby creating an alternative reality where art, science and drama meet at a crossroads. In this version, the outcome is not an ecological disaster that could take millions of years to remediate, but instead a conversation where awareness of environmental concerns and solutions are raised and disseminated with no other harm done. 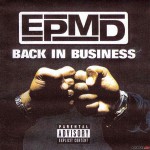 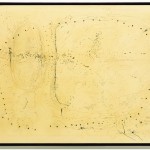