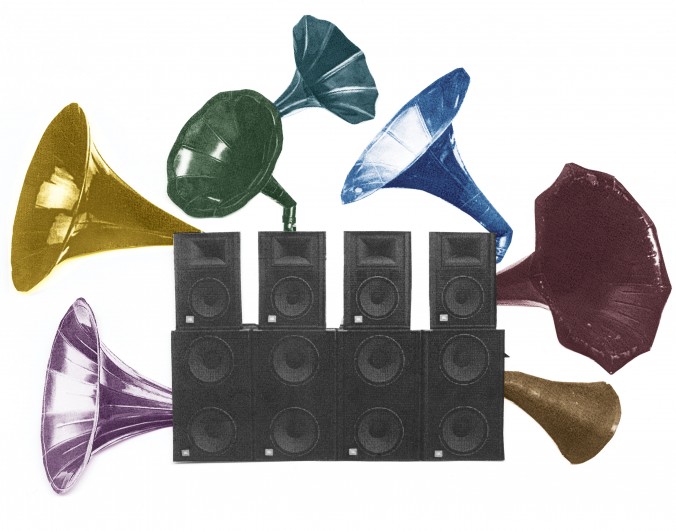 Gray, glaring October light pierced the chilly air in the Chelsea neighborhood of New York, foreshadowed the approaching Hurricane Sandy that would soon devastate the neighborhood. I was there that breezy afternoon of October 27 to hear what kind of sound a hub of contemporary happenings would make at the first of, hopefully, many, Chelsea Sound festivals. The day-long “Not For Profit Festival of Artists in Sound” was produced by four local galleries celebrating musicians, art and artists working with music, sound, and DIY culture.

At Printed Matter, an organization established in the late 1970s specializing in the distribution and preservation of artists’ books, a girl wearing a silver dress with a gold sequined jacket leaned against a brown wooden table holding a stack of green newspapers printed with the festival’s program. Against the LP-lined glass window, a swarm of visitors flicked through the pages of thousands of small edition pamphlets, books and collections of paper images with titles like “The Book of Cock,” “I Can’t Believe a Girl Played Me Metallica,” and “Bent & Broken Shafts of Light.” In the back, down a corridor lined with postcards and magazine-sized publications, a table displayed highlights from works that were available at the recently held New York Art Book Fair.

Eli Keszler, a composer, musician and installation artist took the small stage at Printed Matter, underneath a set of square frames containing the words, “Today has no Margin.” He bent over a snare drum and bowed a cratole (a small but thick brass disc) that balanced on the rim. He progressed from bowing, to sliding the discs, to a percussive water-like patting with his sticks, two snares, and a tom. After building up a thick wall of glassy resonance with the bows, he cracked through with drum sticks, scattering shards of high pitches with chiming splashes by virtue of his hand-built piezo-mics and motorized pedal effects that created textures on mounted piano strings.

“We’re not really set up for such a large-scale event, but people seemed to enjoy it,” said Keith Gray, who works at Printed Matter and was involved in the production of the festival. “It’s really about the community.” Even though the organization focuses on printed publications, the shop has hosted launch parties for musicians and artists releasing small-scale recordings that are often accompanied by designed booklets, Gray explained. People like the hand-built quality and the materiality of a physical object to accompany the performance. “They want to hold something in their hand,” he said.

The performances, like the print runs, are for an intimate few. The kind of experimental sounds at Chelsea Sound aren’t meant for a huge stage. Printed Matter welcomed the chance to celebrate these artists, alongside other non-profit organizations, that serve as alternative non-commercial art spaces in the dense commercial setting of Chelsea.

ESP Lab founders Victoria Keddie and Scott Keirnan performed a late afternoon set of improvised analogue audio-visual communication. Signal generators, normally used to repair television sets, fed two monitors. The signals are meant to produce regular shapes, bars and lines on the screens to indicate functionality. But ESP instead allowed the generator patterns to try to speak to each other, but as the drive was pushed up, the interference occluded the regularity of the visual forms (“That’s where it gets beautiful,” Keddie commented). The signals were further processed into audible forms through pitch shifters, wrung through reel-to-reel tape, and modulated by a theremin, while a contact mic amplified the sound of the screens switching on and off. The video monitors’ interference patterns alternately hissed, buzzed and flashed static, as if developing a language of their own. The broken communication crackled like a space transmission, implying some kind of syntax, while keeping definition submerged within the drifting indefinable shapes on the screens. 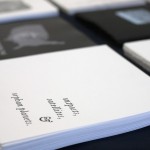 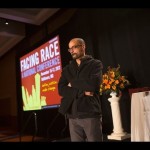 One Response to Whispering Galleries