noun: 1. The area of a fair, carnival, circus, or exposition where sideshows and other amusements are located. 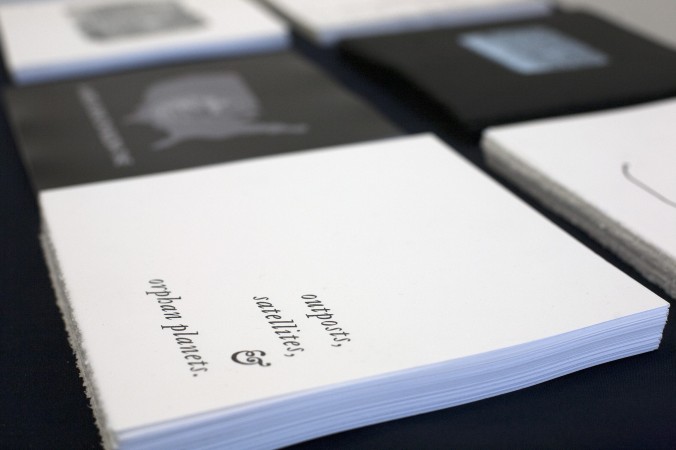 noun: 1. The area of a fair, carnival, circus, or exposition where sideshows and other amusements are located.

In its modern incarnation, “Midway” typically specifies a section of a county or state fair detectable by the abundance of artery-clogging food, weirdos slinging black light posters, and some form of mud-related entertainment. One might speculate that the word’s origin lies south of the Mason-Dixon Line, but the common noun “midway” in this context actually dates back to Chicago’s 1893 World’s Columbian Exposition, apparently the first of its kind to feature a separate amusement area.

Fittingly, the 2012 MDW Fair synthesized the best aspects of its namesake without devolving into a pop culture sideshow. Tallboys in hand, fair-goers socialized while engaging with the artwork on a seemingly more genuine level than the larger commercial art fairs. With a noticeable multi-generational mingling, in terms of the artwork and audience, the evening hinted that Chicago might be able to have both its Midwestern charm and an innovative collaborative art scene.

For the last two years make-space.net has provided exceptional online coverage of developing artists and art spaces. At MDW Fair they made the bold leap from the digital world into the real world by creating an exhibition featuring ten like-minded young artists. Displayed work stretched across mediums and included paintings, sculptures and video art. Their exhibition booth was perhaps the most informative at MDW as they circulated handouts featuring in-depth interviews with each of the artists. It was an impressive debut, and here’s to hoping they found this breath of fresh air invigorating and will continue to organize real world displays from their impressive coterie of contributors.

I tripped over a wood-crate sculpture by David Boylan in the 219: UIC MFA booth. It was set up on the floor, about shin-high. A block or two clattered Jenga-like, but for the most part it remained upright. I can’t say what it looked like before, but it had a graceful chance-operation-tenuously-propped feel after. Pedestals don’t enjoy the popularity they used to, and, being generally turned off by things with even an implicit hierarchical nature, I shouldn’t ask to revert to less equitous times. But I am now a feminist in favor of bringing back the pedestal — if only to save art from my clumsy feet. Otherwise, the UIC MFA booth was impressive. Nicholas Rigger’s obsessive ink sketches held my attention more than any other piece in the fair. Also, SORRY.

Going Down with Rose

My first breath of art-awe, expelled through clenched teeth, was spurred by interaction with the iceberg-inspired “How I learned to stop worrying” by Sarah and Joseph Belknap and featured by Octagon Gallery. At first I warily circled the fiberglass structure secured to the floor with giant black springs. Perhaps sensing my reluctance, another passerby with more initiative took a running start and leaped onto the sculpture. They rocked violently back and forth as the great black springs screeched in protest (or was it excitement?). The icy veneer of art-viewing etiquette seemed to crack and the party began in earnest. I took my turn leaping onto the structure and with childlike abandon, art suddenly felt fun, exciting, tactile and thought-provoking all at once.

Between You and Me

The new issue of the art publication Proximity, titled “Mutualisms,” was released during the MDW Fair Vernissage. Guest edited by SAIC graduate student and artist Lise Haller Baggesen and UIC MFA alum Kirsten Leenaars, the issue was based on an exhibition of the same name curated by the duo at Co-Prosperity Sphere. In the introduction, Baggesen summarized the hope of the show and the publication based on the potential benefits of sharing knowledge by asking, “What if we regarded our individual networks not as private capitals, from which we needed to ensure maximum gain on our investment, but rather as shared commodities, a rhizome structure of endless possibilities?” Mutualisms includes critical essays by Anne Elizabeth Moore, Mary Jane Jacob, and Tricia Van Eck, among others.

Some of the most interesting exhibitions were tucked around corners or hidden down short hallways. Rachel E. Foster ‘s “Outpost, Satellites & Orphan Planets” was set out on a plain, light wood table and included 16 stacks of square prints ranging from “Distress from Titanic,” an image of its final Morse code transmission, to “The Wow! Signal,” a copy of the famous transmission received by SETI (the Search for Extraterrestrial Intelligence) in 1977 believed to be caused by intelligent life. Each print captured now impotent communications, bringing them into a different kind of circulation. In his essay for the show, artist Mark Taylor asks, “Can information be lonely? When it has been replaced, discarded and disconnected from its original function, communicating to no one? …” While the messages aren’t speaking to their initial audience, they are simple, cogent gestures, resonating with traces of the past.

Mana Contemporary, host to MDW Fair, is an imposing converted warehouse that rises out of the post-industrial, pre-gentrified Pilsen landscape. Its imposing brick exterior belies a surprisingly warm and orderly interior. Towering ceilings and expansive floor space kept any sense of claustrophobia at bay. Ample room was provided to the row of artist publications arranged on the ground floor. Sequestered, but not hidden, performance artists enjoyed the freedom to pontificate, declaim and writhe. The second floor was gallery-central with participants paired in 25‘ x 50‘ ft. rooms. The unique organization facilitated extemporaneous conversations between artists, organizers and onlookers. The art itself could be overheard whispering back
and forth.

Trompe-l’œil work faces the often insurmountable task of transcending its own cleverness. The artists displayed by Chicago gallery Document found the sweet-spot between twisting the boundaries of pre-supposed perception and being a one-note joke. Megan Schvaneveldt Frank used stretched cloth as her canvas and with precise streaks of paint created the illusion of manufactured patterns. Surprising folds added three-dimensional texture and invoked the potential for domestic narratives. In some ways the inverse of Frank’s work, Robert Chase Heishman applied rational geometric structures to the supple textures of real life. Strips of tape over still-life scenes effectively flattened the visual plane. Photographs of the newly mapped world caused the eye
to vibrate seeking the safety of the traditional figure-ground relationship.

You Wooden Expect It

The expansive, industrial white cube of Mana Contemporary caused an amplifying effect for work utilizing wood or other natural objects. Jeff Harms’ “Kissing Booth Facing the North Star” evoked the charm of a child’s clubhouse in the space curated by Elastic Arts Foundation. Set firmly on the concrete floor it seemed to be the unwanted but irrepressibly beautiful offspring of its post-industrial surroundings. It begged for three-dimensional interaction and many visitors were photographed kissing inside. Its rustic and rough-hewn construction was homely and comforting in the buffed, colorless space. Meanwhile the spines twisting elegantly toward the ceiling demonstrated aspiration for something sublime, something transcendent.

At 6 p.m. as the Vernissage party opened, artist Jeff Austin began his work. Over the next six hours (until the party ended at midnight) Austin hand-built a sculpture in one corner of the Make Space room. He combined found metal scraps with string, wire and rocks to create an elegant and delicate assembly. Visitors could watch the artist at work or return hours later to mark its evolution. White rocks lining the space evoked earthwork construction as the airy assembly of stretched wire were breathlessly delicate, like three chords of a John Cage composition frozen in time.

It was obvious that interaction between exhibiting artists and the audience was a general theme that contributed heavily to the overall spirit of the fair. In one space, a tray of complimentary cheesecake bites lured people in, as if the name Schlong wasn’t inviting enough. After visitors entered, the artists explained that they were “undertaking a study of biological asymmetry and would like you to participate.” With the alleged goal of gathering enough data to teach a machine to recognize your left or right, um, tendencies (think name of booth), they asked permission to photograph your crotch with an ‘L’ or ‘R’ depending on which direction your “masculine paraphernalia” has been known to lean. The crotches of those not equipped for the study were photographed with a ‘C’…for “control.” The resulting photos—I should mention that clothes remained in place—will be exhibited on “Schlong Night” being held on December 6 at New Capital. Go and see if you recognize someone. 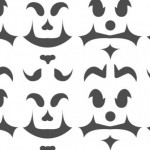 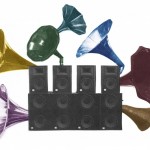