Swim at your own risk

When picking a beach, the typical Chicagoan’s decision tends to be determined by two factors — proximity and E. coli levels. Such criteria might guarantee fun in the sun, but it also means that there are some waterfronts many city dwellers will never see.
If you’re looking to shake up your beach-bumming routine, and if you aren’t too concerned with sanitation, you might want to visit these locations, all of which offer better views of industrial refineries than the traditional Chicago skyline.

Just a wade away from Gary, Chicago’s southernmost beach offers a closer look at Lake Michigan’s industry than any of its northern brethren. Wedged between a Coast Guard outpost and a launching dock, more barges than yachts dot the horizon. To the south is a sight alien to the dwellers of trendier neighborhoods: above-ground transmission towers. If you enter Lake Michigan and press east, before too long you’ll find yourself in Indiana’s waters. Swimming into Gary, however, is not recommended; the city’s shoreline is dotted with factories, and offers no place for tired Chicagoans to relax. Some might be leery of swimming so close to heavy industry, but the Chicago Park District assures civilians that the Calumet Park Beach is safe.

By no means should the Calumet Park Beach be confused with the similarly named Lake Calumet. Lake Calumet is the largest body of water contained entirely within Chicago city limits. It’s also notoriously inhospitable to life, after serving as an industrial hub for more than a century. Located on the far Southeast side, Lake Calumet was once a vital part of an extensive wetland. The colonization of the Midwest and industrialization changed that, turning Lake Calumet into the slag-lined pool that it is today. Fishing in Lake Calumet is illegal. Though enterprising fisherman have managed to sneak in, they report a troubling number of dead fish lying on the breakwater.

The Calumet River connects Chicago’s Lake Calumet to Gary’s Grand Calumet, which is one of the most polluted waterways in the nation. Signs advising civilians not to swim in its waters or eat its fish are scattered across the shoreline. But Lake Calumet isn’t entirely a post-apocalyptic wasteland. Calumet Fisheries, a seafood restaurant located at 3259 E. 95th, is one of the few places in Illinois that smokes its seafood on site; and the Southeast Environmental Task Force takes immense pride in the Harborside International Golf Course, which they describe as a world-class golf course built atop a garbage dump — something that could only be found in Chicago.

If you’re looking to get out of the city, you might want to consider making a trip to Indiana’s Jeorse Park Beaches. Not for swimming, unless you consider yourself a daredevil, the Jeorse Park Beaches rank amongst the most polluted beaches in the nation, with Jeorse Park Beach II coming in at number one. But, in a certain light, exploring Jeorse Park is an experience quintessential to visiting the Great Lakes. Many coast-dwellers cringe at the idea of abiding by waters so dominated by industry, and attempts by the city to beautify its beaches haven’t convinced them that Lake Michigan is truly hospitable to humans. The fact remains that the region will always be known for beaches like Jeorse. Shouldn’t you know them, too?

Looking to avoid pollutants on your trip out of town, you might want to visit Gary’s Miller Beach neighborhood. Miller Beach takes immense pride in being the only part of Gary to contain unspoiled lake frontage. And, as their travel brochures will tell you, this isn’t the only difference between the community and its more rough-and-tumble neighbors. There is a litany of reasons why Miller Beach is better than the rest of Gary, from their cultural institutions to their racial integration. Much of the waterfront is publicly owned and nationally protected. If you’re looking to challenge traditional ideas of what the industrial Great Lakes look like, the Miller community would be a good place to start. And if you’re looking for ways in which progressive communities can replace one bigotry with another — embracing harmony between middle-class blacks and whites, for example, while shunning the rest of the city as low-class and blighted — Miller can provide this too. 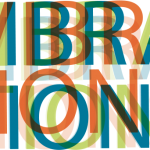 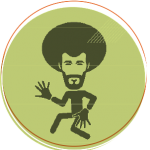