The eagerness with which American adults devour books meant for children has been bemoaned by many literary critics. In the New York Times, columnist Joel Stine recently declared that “the only thing more embarrassing than catching a guy on the plane looking at pornography on his computer is seeing a guy on the plane reading ‘The Hunger Games.’ Or a Twilight book. Or Harry Potter.” He then went on to say that while it’s possible that Collins’ novels “[delve] into issues of identity, self-justification and anomie that would make David Foster Wallace proud,” he wouldn’t know, since he was busy readings books meant for adults.

This is hardly a revolutionary position. For every adult who looks forward to the next “Twilight” movie, there’s another appalled that anyone old enough to breed would be aware of its existence.

But a startling number of intellectuals are embracing Suzanne Collins’ “The Hunger Games.” While Stein sneers at young adult literature in the op-ed section of the New York Times, critics A. O. Scott and Manohla Dargis hold a symposium about where heroine Katniss Everdeen fits in the pantheon of American heroes.

Stein might accuse Scott and Dargis of crediting the text with more intelligence than it deserves. But they are not the first to interpret “The Hunger Games” through such a lens. From cultural stalwarts like The New Yorker to activist firebrands like Colorlines, many publications are reading the text as a sly, subversive critique of capitalism, defying traditional ideas about what readers want from popular literature. Is it even possible to make an anti-capitalist statement in popular art? And what does it say about our culture that so many readers are eager to latch onto an anti-capitalist narrative?

The concept behind “The Hunger Games” is simple: in the post-apocalyptic world of Panem, unlucky children from impoverished, outlying districts are conscripted by the government of their wealthy, over-privileged Capitol to fight to the death in the titular contest. The competitors are decided by lottery. After her younger sister has the misfortune of being chosen, heroine Katniss Everdeen volunteers to go in her place.

Much of the series revolves around the protagonist’s struggle to survive while retaining what remains of her humanity. She also grapples with conflicts familiar to any member of an underprivileged group. As a gladiator, she’s awash in riches, but many of her admirers are incapable of understanding hardship, or the psychological cost of a life of violence.

In the second novel, “Catching Fire,” Katniss and her love interest Peeta are invited to a ball thrown in celebration of their victory. The gourmet spread lulls them into a sense of complacency; they forget their moral revulsion and gorge themselves, soon becoming full and unable to proceed with festivities. They’re then instructed by helpful well-wishers to vomit what they’ve already eaten, which reminds them of the thoughtless brutality of their society.

Coming from an oppressed, neglected district in which starvation is a common fate, the idea of wasting food is obscene to them. Their fans in the Capitol mean them no harm, but they’re incapable of conceiving of a world with a scarcity of resources. Their half-baked kindness only serves to remind Katniss and Peeta of their sub-human status. Worse yet, the exchange forces them to reckon with their tendency to humanize their oppressors ­— an easier way of dealing with injustice than out-and-out resistance.

Even though Collins is telling a fabulist story, many young readers can still relate to her depiction of class dynamics. At first glance, it might seem strange that adolescents would be interested in anti-capitalist satire; however, as Astra Taylor says in the Occupy! Gazette, “Our society, and the left especially, has this strange idea that young people are the revolutionary vanguard.” Rebellion and revolution seem like the terrain of young adult literature because they’re so often considered the terrain of the young. It’s worth noting that many young adult novels that resonate with adults often involve lengthy discussions of state-building and the best way to structure a government, such as the later “Harry Potter” books and Philip Pullman’s “His Dark Materials” series.

Popular as the novels might
be, they can’t move Barbies
and Capitol-inspired nail polish.
But where does this leave
those who wish to argue for an
emancipatory interpretation
of “The Hunger Games”?

Part of the reason that “The Hunger Games” is popular with so many adults could be because it offers them a safe space to explore their discontent with their society in the wake of the Great Recession. But it is nevertheless a novel published by Scholastic Press that has spawned an expansive franchise. As such, it has certain obligations to CEOs and stockholders that it must fulfill, obligations that could compromise its vision.

Upon reviewing the film adaptation, A.V. Club critic Scott Tobias said, “In movie terms, [the book’s content] suggests Paul Verhoeven in Robocop/Starship Troopers mode, an R-rated bloodbath where the grim spectacle of children murdering each other on television is bread-and-circuses for the age of reality TV, enforced by a totalitarian regime to keep the masses at bay.” But the finished product, directed by Gary Ross, doesn’t look like one of Verhoeven’s cult classics as much as it does “Twilight,” albeit with better acting and an eye for social commentary.

It isn’t badly made, but it is tamer than the novel that spawned it. Is this any surprise, considering the demands of the franchise? Popular as the novels might be, they can’t move Barbies and Capitol-inspired nail polish. But where does this leave those who wish to argue for an emancipatory interpretation of “The Hunger Games?” Does the fact that it’s a piece of popular art created in a capitalist society nullify any anti-capitalist messages it might contain? Or is any undermining inflicted by the movie and its PR campaign to be regarded as an acceptable consequence of reading a mass audience?

These aren’t easy questions to answer. Indeed, entire artistic movements have risen and fallen in their attempt to grapple with them. But one thing is certain: the world is watching Collins’ work, and that’s not something that very many creators can say. 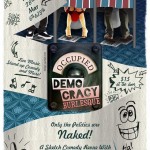 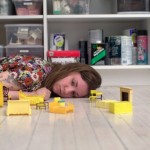