Could You Point To That On My Keyboard? 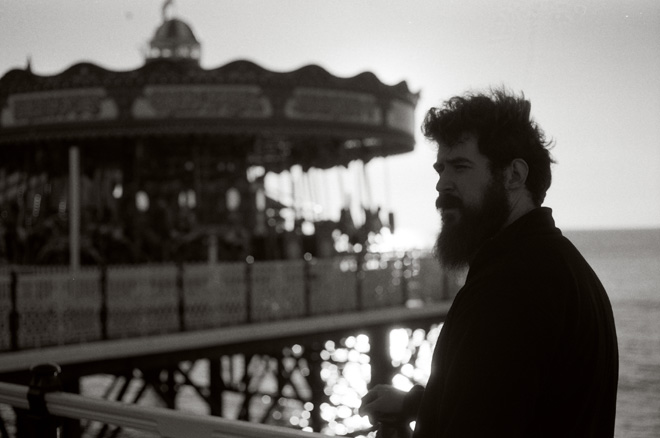 Daniel Knox creates music that transports its listener to far-off, imagined destinations. He forgoes contemporary influence and instead reaches back to a golden age of songwriting. He borrows phrasing from influences like Maurice Chevalier and Al Jolson to create a style that is altogether new.

Knox’s unique sound has earned him an impassioned international following and a winter residency at the prestigious Watermill Center on Long Island, New York. F Newsmagazine caught up with Knox as he embarked on a national tour and re-adjusts to life in the real world.

Kris Lenz: What was the best aspect of your residency at the Watermill Center?

Daniel Knox: The best thing for me was that it gave me the opportunity to fail. I went out there with the idea to finish a piece of music I had begun about my friend, the photographer John Atwood. I wasn’t sure what that was going to be. I thought it might be inspired by photographs or one orchestral piece, but because of my freedom there I could throw some of that away and think about how I knew John and wrote about Springfield, Illinois, which is where we are both from.

All these things started coming out, like we lived at the same street corner as each other but never knew each other until we had grown up. So we had a shared history though we were unaware of it. I wouldn’t have been able to come to that kind of conclusion writing at home. I would have felt the pressure to get to the end of it. As it is, I still left it a work-in-progress, even though I performed the piece at the end of my residency. I left spaces in it that can expand or be removed. It’s the first time I’ve felt okay doing something like that.

There’s a balance of patting yourself
on the back and kicking yourself in
the ass. Nobody else is really going
to do either of those things in the
way that you need them to.

KL: In what way did you gain an “opportunity to fail?”

DK: I guess when I sit down to write a song I am generally waiting for that “great thing” and I’m focused on the final product. But at Watermill Center I was able to think about the tools and moving forward. The thing about it is, even the songs that I work really hard on and labor over — I’m not really sure what they are until I’m done. There’s no real point in knowing what a thing is until you’re done. If you knew what you were getting into, why bother starting in the first place?

KL: How was your creative process changed as a result?

DK: One thing I gained is the impulse to consider the time I’m thinking about writing as an important part of the creative process of writing. There’s a balance of patting yourself on the back and kicking yourself in the ass. Nobody else is really going to do either of those things in the way that you need them to. You kind of have to put the pressure on yourself, but not too hard because you can doubt yourself into nothingness. No one is going to say, “Hey, you didn’t write a song today or think about writing today.” It has to be you who does it. So I’m trying to work harder knowing what I’m capable of, but also be a little easier on myself, saying, “Hey, you did a good job.”

KL: That is simply a great philosophy about creating any form of art.

DK: Yeah, a little doubt is healthy, but so is a little confidence. You have to find yourself a little interesting. If you don’t think your own story is worth telling, why would anyone else want to hear it?

KL: During your performance my friend commented on your “professionally trained” voice. But that’s not true, right? You’re self-taught.

DK: [Laughs] Yeah I didn’t start experimenting with music until I was failing out of film school. I didn’t even finish my first year. But in my free time I snuck into the big ballrooms in Chicago hotels and began playing the piano. After a while I got pretty good at it, or more accurately, there was no one there to tell me I wasn’t good at it. I started with two fingers, then added more.

At first I was really embarrassed about it. When I performed with an orchestra in England, a cello player was tuning and asked me to play a C. I was like, “Could you point to that on my keyboard?” I can’t read or write music, but I can play it.

KL: You also perform solo and that places so much emphasis on your form.

DK: Let’s be honest. I do hit a few sour notes [laughs]. I learned to sing by wandering the abandoned financial district at night. I’d just sing Elvis Presley and Judy Garland songs — the stuff I like.

KL: You have such an archaic tone to your singing and music writing, how did you arrive at that style?

DK: Is “archaic” a nice way of saying “old-timey?” I wouldn’t say that’s inaccurate. The beginning of that was hearing a song by Maurice Chevalier called “Living in the Sunlight, Loving in the Moonlight.” It was the idea that somebody could gleefully sing about something awful. There’s something about owning that idea and making an anthem of it that appealed to me. In Tin Pan Alley and music recorded on wax cylinders there’s an enthusiasm about even being able to hear yourself. That gave me a starting point.

DK: I probably have too negative of an opinion about contemporary music. I don’t relate or connect to it and it sounds like people trying to win each other’s approval. Like someone who is trying on someone else’s hat — why don’t you want your own hat? A lot of times if you take the layers away and look at what the song is, it’d just be a pile of leaves that would blow away with nothing underneath. What does it sound like without the strings or other cool shit? Is it any good? Is it something I haven’t seen before?

KL: With music does it feel like you’ve found your creative output? Are you still drawn to film?

DK: When I began working in music I felt some relief that I wouldn’t have to struggle with film anymore. But now I realize that I’ve never stopped making films. The process still feels like I’m writing and still creating films, my work is so visual. I don’t see it as giving one up. I see it all as coming from the same place.

Arts & Culture, Uncategorized Could You Point To That On My Keyboard?
« Previous Story 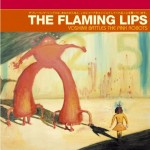