The studio environment robbed the band of its signature mystery, which livens their presence. 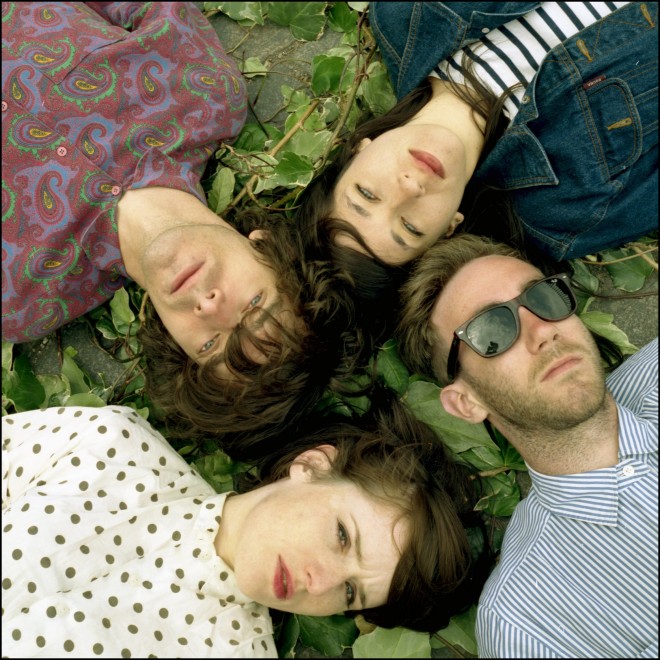 Veronica Falls has an effect on me that most grown men interested in preserving their masculinity would shy from disclosing. I am, however, no bro, and so I have no problem with telling you that I swoon whenever jangly guitars fire up against a Ronettes-y boom-boomboom-clap. I get weak kneed and my mouth curls upwards into a toothy grin. There are the inevitable comparisons with Spector’s wall of sound, and more than a few aging hipsters realizing they’ve heard something similar in C86-era bands, but what’s nice about this particular band is the doom-laden post-punk you don’t see too often in the reverby indie pop scene of today.

In fact, it’s this thread of gloomy basslines and skeletal guitars that had me write a glowing review of their self-titled LP released last year. All of these adjectives still ring true in the bright-as-day performance of their core material, but I have to say there was something missing in their studio visit to WBEZ. It wasn’t in the music, thankfully, which was still bright and jangly, but still not without its tinge of melancholia — rather, it seems that the studio environment robbed the band of its signature mystery, which livens their presence as a band.

Thus is the nature of studio visits, I’m afraid. I’m not oblivious to the power of the darkness of a seedy venue or the ambience garnered by an anonymous mass of audience members swaying along to the beat, but I didn’t realize how much they actually contributed to the sound of a given act. It wasn’t in the material, which still had all the hallmarks of good songwriting, and it wasn’t in the performance, which had all the energy of a band that is willing to pour their hearts and souls into the music, but the recording environment does seem to take away from both aspects of the fulfillment of both.

Sadly, this is what I came to notice as a member of the audience in such a small and intimate show: despite her pivotal and propulsive role as bassist, Marion Herbain barely did anything, and the rest of the band, perhaps stunned by the brightness of the room and the closeness of the crowd, strummed/beat along in an awkward and self-aware fashion. Both observations may just highlight the inescapable nature of indie pop acts, but in with the cameras, microphones and aging public media supporters glaring back at point blank range, it seemed to be their greatest downfall.

Later that night, Veronica Falls did play a traditional full set at the Empty Bottle, who helped to orchestrate the band’s Chicago visit, and I have no doubt their executed their songs with glorious success, but without their native backdrop, they fell a bit flat. The top YouTube comment from the band’s video of “Bad Feeling” seems to illustrate this issue: JohnNettles11 writes, “Wow, this is the longest Urban Outfitters commercial I’ve ever seen.” And while that statement may be the result of internet haters’ rise to power in the premiere forum for such comments, it was hard to argue with the bully-ish statement when the band’s fashion statements and off-kilter persona were center stage.

So while the performance was a bit substandard, with no help from the wrong aspects of the band’s personality being pushed to the forefront, I hope that doesn’t discourage any of you dear readers to see the band in a more familiar territory — as guitarist Roxanne Clifford and drummer Patrick Doyle put it, “Three times louder and four times drunker.” 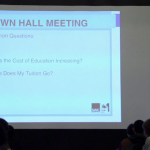 Town Hall Meeting: Where Does Our Tuition Money Go? 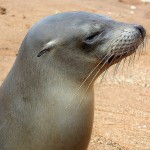