The sheer monstrosity of distraction in these early ’90s shoegaze albums can often drive you mad with omni-directional confusion. 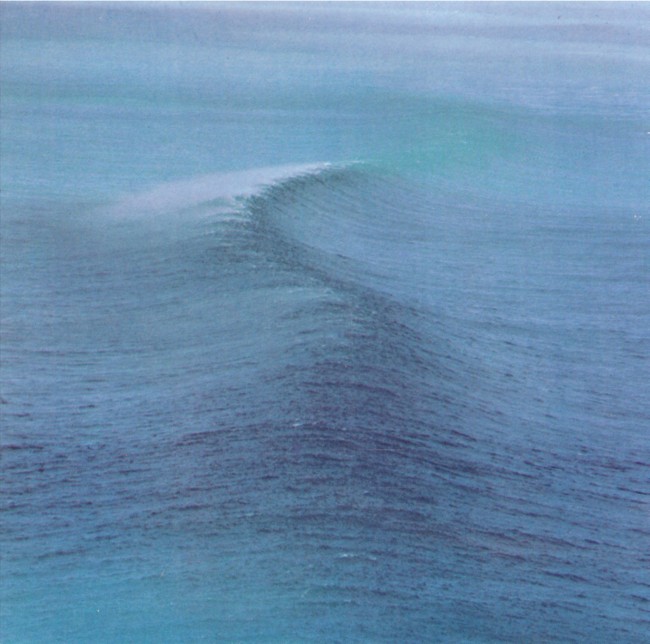 At first, they don’t mix very well — the sounds and visions coming from Ride’s Nowhere, that is — except with a surfy flavor that comes from ripping off the ’60s in a single bass riff.  But after a few minutes of deep, distracted listening, the similarities come from around the corner, swelling like the wave on the cover from a sudden expanse of sound.

That out-of-left-field psychedelia makes Nowhere a somewhat difficult record to write about; at every corner, a new aspect of its sound pops from out of  nowhere (*ahem*) and lends itself to a whole arsenal of tangential musings, but that’s also what makes this record a great exploratory experience.  Those bursts of feedback and slow-building explosions fuel an intense experience that starts in one place, ends in another and goes everywhere inbetween.  And that may sound like a given, but the sheer monstrosity of distraction in these early ’90s shoegaze albums can often drive you mad with omni-directional confusion.

Together here are the first and last tracks from Nowhere, “Seagull” and the title track.  When placed at opposite ends of the album, they’re like bookends, marking a “hello” and a “goodbye” from the band that covers a pretty broad spectrum of sounds within the album.  Between these two songs, Ride covers an impressively varied selection of flavors ranging from power-drummed anthems to chiming string-laden lullabies, each with a sound that carefully treads the line between distinctive and homogenous.  In listening to these two tracks back-to-back, the band’s intensely split personality comes to light.

“Seagull” rings out its bouncy bassline and reversed guitars like it was a forgotten gem of the post-Merseybeat era, but even with its feedback-drenched solos and noisy rhythm section, it never ceases to live out a certain light and airy aura, driving forwards constantly like a crazed motorist.  It culminates in a pummeling crescendo that never lets the catchy melodies rest.

“Nowhere”, on the other hand, uses those same tools to churn out a rumbling, moody brood-fest, completely devoid of hooks (or even riffs) and sung like Gregorian nightmare fodder.  Behind the main instruments, a turbulent storm swirls around restlessly, never finding itself a home (or a cheerful note), and ultimately ends quite unlike the lead track: in a festering fade-to-black, as unsettling and unsatisfying as an album end ever was.  Whether cresting and crushing, or churning and swirling, it all comes from out of nowhere and ends in the same place. 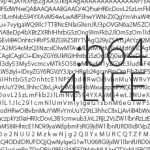 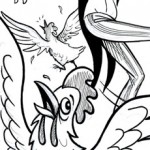