The ‘bro’ meter was off the charts, but it was all the better for the band’s signature West Coast cool. 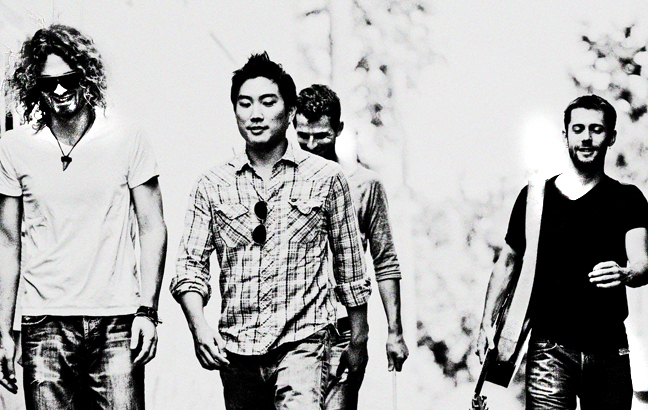 Flip flops and fedoras flailed as the warm beach sun fell over the horizon into a balmy summer evening. Only it was indoors at Goose Island Brewpub in Wrigleyville, and a Chicago storm was raging on outside. Indoors and onstage, it didn’t feel that way courtesy of Alma Desnuda, a new age California soul quartet tracking their beach bum aesthetic and laid back organic rhythms across the country. I’ll be the first to admit that I wouldn’t normally be caught at a show like this one; the crowd was decked in carefully pressed/purposefully wrinkled oxfords while I was slumped in the back booth, wearing a black shirt and a pair of boots weathered by the Chicago winter. I’ll also admit, however, that the mood was uplifting and tremendously infectious.

Folks in the front row were dancing around, laughing and hugging each other as the band bounced through anthems about brotherhood and creative purpose. I could only see the backs of their heads, but I knew that their smiles were from ear to ear. Such was the nature of Alma D’s backcatalog, perpetually inspiring and entertaining Wrigleyville’s usual crowd of overgrown frat boys and boozehounds. The ‘bro’ meter was off the charts, but it was all the better for the band’s signature West Coast cool.

As a band, the songwriting was strong and the numerous three-part harmonies were impenetrable. Each chorus soared above the rainclouds outside, as plucks from the upright bass shook the earth below. Skeptical as I was, it was hard not to crack a smile when the house showed its appreciation in the form of high fives and raucous hooting and howling. Overall, the rollicking folk jams were the core of the band’s one-hour set, and the evening was better off because of it. For every altruistic maxim embedded in the lyrics, there was a shimmering counterpoint in the melody, building and releasing into the soft evening air.

There were a handful of slow balladic serenades in the set, but these numbers were some of the band’s weak points. Where tender emotion was called upon, I found roundabout phrasing and festering circular lulls. During these songs, I thought back to the joyous four-part workouts and wondered where the energy went.

The biggest dent in Alma D’s armor, however, was their foray into altogether different genres, including Afro-Caribbean jazz, beatboxing, and rap. The band’s acoustic folk-soul style, in the vein of Jack Johnson and Ben Harper, often shares elements with most of the aforementioned genres like a commanding beat and an outpouring of inspired emotion. And while I understand the ease with which the lines between these styles can be blurred, it came across as a trite novelty — something to steer clear of when attempting a sincere, wholesome message.

Still, Alma Desnuda is a talented group of performers who know how to wring the brilliance from their instruments and shine it onto the crowd. With added experience and a keener sense of quiet dynamics, there’s no doubt they’ll grow to spread their personal brand of California sunshine. 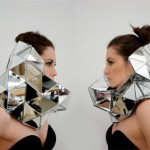 Art, Fashion or Both?