All photos are by the author. Last March, I selfishly dragged my friend Victoria, who was visiting from Paris, to the Odyssey Travel Grant Lottery.  This school-wide raffle held in the MacLean ballroom awards 20 travel grants of $1,500 each. Students can win them just by filling out an online form that asks, “What would …

All photos are by the author. 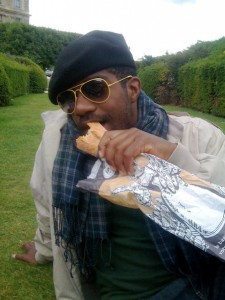 Ross Jordan enjoying his freedom from SAIC in the City of Lights.

Last March, I selfishly dragged my friend Victoria, who was visiting from Paris, to the Odyssey Travel Grant Lottery.  This school-wide raffle held in the MacLean ballroom awards 20 travel grants of $1,500 each. Students can win them just by filling out an online form that asks, “What would be your dream travel destination?” SAIC’s ballroom wasn’t on Victoria’s Chicago-site-seeing-list, but I wasn’t going to miss my chance to win some free money.  In the end she didn’t complain; a proud Parisian, she was happy to discover that nearly every winning entry pulled from the giant mixing barrel mentioned traveling to the most visited city in the world: Paris.

While I did not win any travel money that day, my steady diet of noodles and bread saved me enough money to buy a flight to Paris for a two-week visit at the end of spring semester. I was going to have the chance to learn what all the fuss was about. 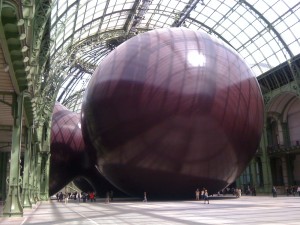 Anish Kapoor’s “Leviathan” at the Grand Palais in Paris.

My visit began with a few nights, and some mornings, celebrating the end of the semester in front of a Pyramid with bottles of champagne and my friend’s classmates from the École du Louvre.  After riding the stone lions on the steps of the school and taking photos of me in a beret eating a baguette, I was ready for some more sobering art experiences.

A short walk from the Louvre, through the beautiful (though sparse) Jardin des Tuileries, and past a traffic circle whose center features an impressive (and stolen) obelisk from Egypt, is the Grand Palais. A holdover from the 1900 Paris World’s Fair, the Grand Palais is a stone structure with a glass ceiling supported by steel arches— a design based on London’s Crystal Palace.  The building continues to be a cultural landmark with its annual solo exhibition called Monumenta, no doubt a name referring to the vast size of the building’s interior, which could fit two and a half football fields. Now in its fourth edition, the French Ministry of Culture has invited Bombay-born, Britain-based globe trotter Anish Kapoor to fill the space with a work titled Leviathan. The artist calls the piece a poetic gesture that will “turn the Grand Palais inside out.” 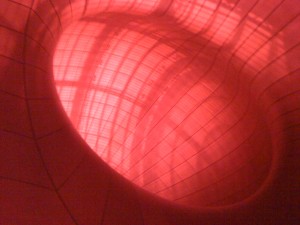 A short wait in line and a five-euro fee later, I was ready to sober up.  After I entered the exhibition through a revolving door, I felt as if I was standing inside a giant red balloon.  In fact, my fellow visitors and I were standing in the place were three balloons (to the left, right and center) converged. The interior was dimly lit by sunlight pouring in from the glass ceiling of the Gand Palais, coating the interior with red light.  School kids kept clapping to hear the sounds bounce around and echo, but the air inside had the warm and concentrated feeling of a more intimate space.  The sensation was like being underwater, and my ears even popped. Or maybe like being at the center of a womb—vast and intimate.

Leaving through the same revolving door, grateful for fresh air and more light, I followed the stanchions around the corner to find three giant spheres colored a deep purple: the  exterior to the interior I had just experienced.  The spheres were so large, and filled the interior of the Grand Palais so completely that I couldn’t find a vantage point from which to see the whole object at once. 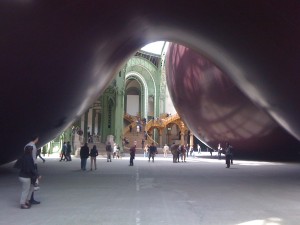 Another view of Kapoor’s “Leviathan.”

My first experience with Anish Kapoor’s work was at the Institute of Contemporary Art in Boston in 2008. It was a fun house of mirrors, vertigo-inducing sculptures, and flat surfaces of infinite dept, playful and deeply serious. The effect of this piece was no different. There was plenty of space to walk, or run as some young kids did, directly underneath the skin that connected the spheres. A father even helped his son ride his tricycle  through the space. If the feeling of the interior was contemplative and intimate, the exterior was more of a park for laughter, grandeur and exaggeration.

Afterward, sitting under the sunny glass ceiling of the Grad Palais and enjoying a ridiculously-priced gelato, I couldn’t help but think of the arrival of summer. After a trying first year in graduate school and a Chicago blizzard that blew snow underneath my front door, my mind was finally thawing out. Playful parks inside buildings and small spaces of infinite vastness… Paris was beginning to work its magic on me. I felt a little bit like I had won the lottery.

Like Uncategorized Thawing out in Paris with Anish Kapoor
« Previous Story 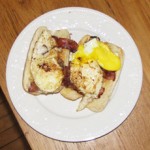 Waste Not, Eat Lots: No Dogs 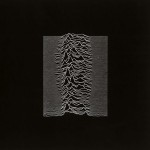