Coming Back to Cairo 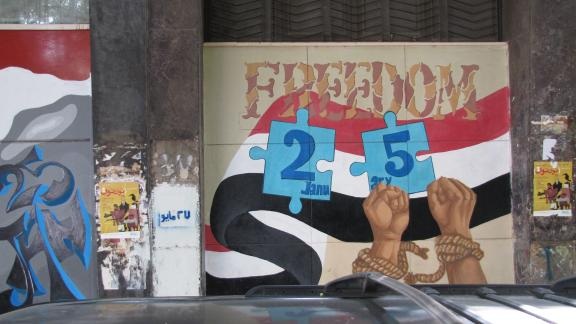 It’s Thursday, June 2, around 9:30 pm. Stuck in traffic because a minibus was reversing on the bridge on my way from the airport, I feel right at home. I am back in Cairo, the capital that I have complained about for so long. Only now, everything seems perfect. I am not bothered by the amount of cars in the street, the pollution or the noise. I am happy.

Last time I was here was for winter break. Christmas and New Year passed as they always do. Then, on January 25, protests started to take place. We didn’t call it a revolution at the time, but the protests grew bigger and bigger. 18 days later, our former president Hosni Mubarak resigned. Unfortunately, I had to leave my country during the most violent period, just a couple of days before that famous February 11. Protesters were very peaceful during the uprising, but the police force was starting to get aggressive, killing hundreds of people. I can’t describe what I felt on my way to the airport on that first day of February, surrounded by army tanks. There was so much uncertainty that I didn’t know if I would ever come back home.

Being here right now seems surreal, to say the least. I’ve been in Cairo for a week so far. I couldn’t see the difference for the first couple of days. The streets of Cairo looked the same. There was more graffiti and street art on the walls, but on the whole, Cairo was still Cairo. Then I started to notice some changes. I don’t know if they would be visible to anyone else, but I’m getting this weird gut feeling. My friends say that they have slowly gotten used to that sentiment, and that I’m still in shock because I just came back. But I still can’t comprehend the chaos that Egypt has become. I hear stories that startle me every day (apparently people have also gotten used to that).

Protests have become a normal commotion. For example, the Egyptian national soccer team recently failed to qualify for the African Cup of 2012. The next day, people were protesting in front of the sporting club, demanding the resignation of their coach (who has been there for as long as I can remember, just like many powerful people in the country). Or again, on June 6, Egypt was commemorating the death of Khaled Said, whose name and face are symbolic of the revolution. Said was beaten to death by police officers a year ago, and became a symbol of everything that was wrong in the country. Cairenes stood all along the bridge that leads to Tahrir Square with pictures of the martyrs. I was in a car with a friend and the emotional scene amazed me. She wouldn’t stop driving, though, saying that events like those are becoming a norm.

At the same time, there is a lot of hope in the air. People are organizing events, raising money and helping each other. Egyptians, who were silenced for so many years, have found their voice and are becoming active participants in society. When I think about the lack of education and political awareness, I can better understand the chaos that is happening. People are trying their best, but it will take time for everyone to understand how to proceed.

So far, I have visited a number of galleries and museums, and talked to artists, gallery owners and art critics; I’m curious about how artists have been impacted by these events. My camera doesn’t leave my bag, I almost feel like a tourist. There is so much going on everywhere that I am compelled to record it. Street art is visible in every other street, and people are very open to questions and are eager to express themselves. Although I sometimes feel lost in those very streets, I can also feel the huge amount of hope in the air. The entire world is witnessing history in the making, and I am thankful to be part of it.

For the next couple of weeks, I invite you to live these moments with me; moments that have already begun to change my life.

Check back this later week for Mehri Khalil’s next column, in which she looks at what’s happening today in Cairo’s art scene. 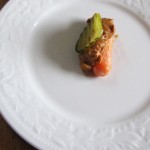 Waste Not, Eat Lots: Bums on a Bench 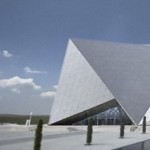