SCHOOL NEWS Spring is a very sartorial season. In addition to SAIC’S FASHION 2011, which hits Millenium Park on May 5, SAIC fashion gurus are also earning a distinct web presence. Alum Anna Hovet (BFA ’03) has been appearing in “So You Wanna Be A Designer,” an online fashion reality series hosted by Kenmore that …

Spring is a very sartorial season. In addition to SAIC’S FASHION 2011, which hits Millenium Park on May 5, SAIC fashion gurus are also earning a distinct web presence. Alum Anna Hovet (BFA ’03) has been appearing in “So You Wanna Be A Designer,” an online fashion reality series hosted by Kenmore that airs Tuesdays at 7 p.m. on Kenmore’s Facebook page. Anna and her fabulous designs are still in the competition, so “like” Kenmore on Facebook (I know, it’s awkward) and check her out.

An interactive demo combining poetry, sound and light allows viewers to fully experience Jan Tichy’s “Cabrini Green Project” at the MCA. Synching poetry written by the area’s inhabitants with a light display designed by Tichy and SAIC students, the demo allows you to watch as lights pulse to the rhythm of poems being read by their teen authors.

Looking to hook up with other SAIC students? No, me neither. But if you’re bored some night, you should check out the University of Chicago’s hook up site: eduhookups.com. Obviously inspired by Facebook, this poorly-designed (really, they should have called us) site allows you to connect with other people from your school with the purpose of, well, hooking up with them. We’re one of the lucky Chicago schools that’s just been added, so get your creep on and check it out.

Now on to a real source of merit: Congrats to Robert P. Workman, artist and SAIC alum, who has been nominated for the National Medal of Arts, the highest award given to artists and arts patrons.

And finally, F would like to extend its condolences to the friends, family and students of SAIC Faculty member Pat Hart, who passed away April 10. A well-known costume designer in the Chicago area, her work was a much loved staple in the Chicago theater scene. She and her creative energy will be missed.

On April 3, artist Ai Weiwei was seized by Chinese authorities and continues to be held in an unkown location. The authorities claim the artist is under investigation for economic crimes, but Ai was only one of hundreds of artists, intellectuals, bloggers and activisits who have been arrested throughout the month of April. Journalists speculate the crackdown is a proactive move to prevent the Middle East’s Jasmine Revolution from igniting in China.

Speaking of the Middle East, yet another petition against alleged improprieties in the United Arab Emirates’ art scene has been started (see our coverage of the Guggenheim Abu Dhabi in this issue). In April, curator Jack Persekian was summarily fired by the Sharjah Art Foundation from his six year-long post as artistic director of the Sharjah Biennial. Persekian was fired following complaints from the public over Algerian artist Mustapha Benfodil’s installation “Maportaliche” (It Has No Importance), which included statements made against religious extremists by victims of rape. After his firing, other pieces on display in the Biennial were altered or removed (including a sound piece that interfered with hearing the call to prayer). Benfodil and curators Rasha Salti and Haig Aivazian have started a petition protesting Persekian’s removal.

Closer to home, Midwest museums are still feeling the hurt of the economic downturn. The Minneapolis Institute of Arts just announced plans to get rid of seven full-time staff positions and three part-time jobs as part of their efforts to reduce annual spending by over one million dollars. Just two years ago, the institute let go 19 staff members for the same reason. Meanwhile, in Kentucky, the executive director and deputy director of the Kentucky Museum of Art and Craft have announced that they will step down. 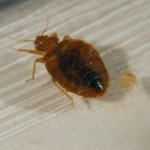 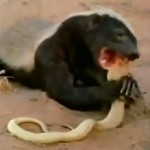