The battle against bedbugs rages on in Chicago.

By Perry Hohlstein May 9, 2011 Uncategorized

The stages of accepting bedbug infestation are much like the Kübler-Ross stages of loss. The first stage is denial. When the telltale bite marks begin appearing on your roommate’s legs, your first response might be “Cassidy, what an odd time of year to be covered in mosquito bites” or perhaps “Uh oh, I hope you didn’t give us fleas.”

The next stage is anger: “This is a million times worse than fleas! I am going to fucking murder whoever brought bedbugs into this house!”

Then comes bargaining: “Please lord, if I rub Vaseline all around the entrance way of my room, let not the bedbugs enter” or, “If I burn all of my favorite clothes then I will be spared.”

Then comes depression: “Our house is totally infested with bedbugs. I cannot visit my friends and my friends cannot visit me. I am a social outcast, a disgusting parasite carrier.” And then finally, acceptance. This is when those who have bedbugs accept their lot and begin to put together a strategy for getting rid of them.

My roommates and I first decided that we wouldn’t have any trouble dealing with our bedbug problem on our own. After some cursory internet research, we set to work bedbug-proofing our house. We laundered all of our beddings and left them in the dryer for several hours, turning our soft white sheets a brittle brown. Every morning I would microwave my clothes before putting them on.

We laid down diatomite earth around all of our doorways to localize the infestation. We even cobbled together a DIY bedbug trap, an invention which was recently developed by the University Of Nebraska. This trap uses nothing more than an insulated ⅓ gallon jug, a dog-bowl, some talcum powder, and a block of dry ice (we got the dry ice at Polar Ice Company, which is weirdly nestled in the middle of a tiny residential block in Pilsen—$7 for 10 pounds of dry ice).

We soon realized that while most of these measures were helpful, they were not 100 percent obliterating our bedbug population. The traps and preventative measures stemmed their march through the house, but the bite marks would inevitably return on the arms and legs of my roommates and I. We decided that we would have to hire an exterminator, and, if possible, we were going to make our landlord pay for it. We received plenty of contradictory advice from well-meaning friends on this subject. Some were optimistic, saying, “Your landlord is legally obligated to get rid of your bedbugs, bro.”

Others told horror stories of landlords insisting their tenants prove they didn’t bring the bedbugs in themselves (impossible). I soon learned that this inconclusiveness was not just limited to my friend group, but that it is pretty common when it comes to bedbugs. “There’s a whole lot of finger-pointing on both sides,” said Meron Kahssai, the bedbug specialist at the Metropolitan Tenants Organization. ‘They were there before we came in,’ or ‘You brought them in’ is common.”

To clear the whole thing up, I returned to the Internet. The City of Chicago’s website has a full page dedicated to bedbugs, and it’s filled with all sorts of helpful PDF’s for both tenants and landlords. Fantastic, but I soon realized that there is actually zero concrete information about who is responsible for dealing with a bedbug infestation. The only time they came close was in this tactful sentence: “You have the right to live in safe and decent housing.” Indeed, but despite the obvious gross-out factor and the itchy discomfort bedbugs bring us, are they really “unsafe?” Is my house “indecent?” Who’s to say?

“There really isn’t any legislation specific to bedbugs,” said Kahssai. Fortunately, it seems likely that some legislation is going to be put into place sometime in the near future. Shortly after we spoke, Kahssai left for Bloomington, Illinois to participate in a subcommittee of both tenant and landlord advocates, assembled to draw up plans for an official, state-wide strategy to deal with bedbugs.

According to a recent list made by the pest control company Terminex, Chicago is now the 5th most bedbug-infested city in America, right behind New York, Detroit, Philadelphia and Cincinnati. The Great Infestation is upon us. You may look upon me now as some sort of degenerate, but I’ll be the one laughing when they lay siege upon your cushy Logan Square apartment with its high ceilings, hardwood floors, and spartan furniture.

And why shouldn’t I act defensive when the social stigma around bedbugs is so harsh? People from all walks of life, from both rich and poor neighborhoods, are made victims of the bedbug epidemic. You may be surprised to learn that the hardest hit neighborhoods so far are Rogers Park, Uptown and Edgewater. We need to have an open, unashamed discourse about bedbugs. Lying about having them to someone whom you are trying to sleep with is how this epidemic spreads. If you do have bedbugs, remember that it’s not the end of the world, you are not going to die, nobody thinks you’re scum.

There are many ways of dealing with them, both weird and expensive, and hopefully soon there will be some legislation that will make getting rid of them a little bit easier. Until then, hang in there, and make some dry ice traps. Trust no one. Are they invading your neighborhood, or worse, your apartment complex? Beware the telltale signs. “If you see mattresses in the alley” said Kahssai, “that’s a good indicator.” 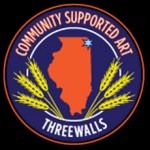 2 Responses to The Bedbug Curse