Live from the Front Lawn Theatre

Last week, legendary wardrobe-malfunctioned singer Janet Jackson graced us with her presence at the Chicago Theatre on North State Street. The marquee’s block letters advertising the “Up Close and Personal” tour really didn’t mean anything to us dormers, but apparently it did to the three thousand or so middle aged women who all showed up at our front lawn theatre for two nights in a row. So really, how much noise can these self-respecting, well-rounded women make out in public, downtown Chicago? I’m glad you asked.

After the show let out, flocks of people gathered around the measly looking barriers that sheltered the backstage alley. Ms. Jackson was expected to come out eventually, and the hell if her fans weren’t there to wave goodbye. And scream. 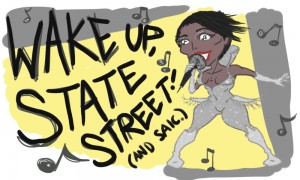 The door opened and Janet Jackson quickly ran out of the building and into a slick black car, and these women went ballistic. Their screams and shrieks drowned out the two police cars escorting Janet Jackson’s car, and the regular corner saxophone player. The decibels bounced off of the buildings and went straight into my 16th floor room.

“My god, what’s going on down there?”  my roommate mumbled, as she grudgingly woke up from her nap. We peered out the window, looking down on to the street. “Let’s just be thankful,” I replied, “that Justin Bieber isn’t playing here tonight.” 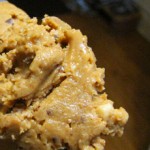 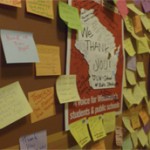