When It’s Not Rude to Stare

As part of an ongoing series at the Art Institute of Chicago, art historian James Elkins presented a lecture on his research on the nature of looking and being looked at.

On Thursday, February 17, 2011, James Elkins presented a lecture on familiar material from his book The Object Stares Back. The event was an hour-long exploration of theories of the gaze at break-neck speed — in true Elkins fashion. The well-attended lecture was part of the Seeing Things series, which takes place every Thursday and Friday evening in Fullerton Hall. Past lecture topics have included the history of African Art at the Art Institute of Chicago and Chagall’s American Windows.

Elkins was presented as a prolific author who has written 19 books in 16 years — along with hundreds of articles, two anthologies, and a current byline at Huffington Post — but he still said that he wasn’t quite sure why he was invited to the lecture. It didn’t take him long to get over his confusion. He immediately abandoned the podium and was provided with a microphone so he could fully engage with his audience as he delved into his work on academic theories of the gaze, its relation to works in the Art Institute, and finally, the curious eyes of animals.

Drawing on long-standing philosophical theories of Sartre, Lacan, and others, Elkins began with the proposal that human vision is not as natural and organized as one might believe. Instead, he asserted that our eyes are “pawns of our unconscious hungers, fears, and desires.” Elkins explained that the gaze theories were founded on males gazing at females, and the idea of “being-looked-at-ness.”

Using Alfred Hitchcock’s Rear Window as a pop culture reference, Elkins’s slides explored the various methods of “looking.” He then displayed several paintings, focusing on Vermeer’s Girl Asleep at a Table, which has several examples of different types of gaze — including an x-ray of a figure that Vermeer painted over. Identifying the gaze as a theory that tends to be almost exclusively applied to the Western male, Elkins challenged ideas of the gaze when applied to non-Western art, such as sculpted pyramids found in Teotihuacan, Mexico.

Elkins ended his lecture with a foray into bizarre animals and animal eyes. The best example was the Peacock Flounder, which, similar to the chameleon, has the ability to change its appearance to better blend in with its surroundings. When placed on a checkered floor, the flounder attempts to imitate what it sees and recreate the checkers on its body. It comes close but looks more like a spotted cow. This allows one to essentially look through the flounders’ eyes and see on its body what the flounder sees around itself. Elkins’s investigation of animal sight is not just novelty — it helps us understand our own vision better. 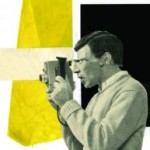 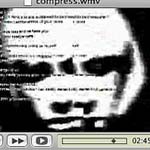