A Tea Party Rally and an Anti-War demonstration have both descended upon the Loop in recent weeks.

Shouts of dissent echoed through the streets of the Loop as protestors gathered on the seventh anniversary of the Iraq War. The evening began in Federal Plaza with activists speaking on behalf of education, healthcare reform, and other programs that are overlooked while military spending continues to increase. A four-mile march to “Bughouse Square” followed.
Fatima Hindi, an Iraqi refugee, described the repercussions of US military involvement abroad. “No[body] can feel what I feel now. Some militia and some soldiers killed my family in 2003 and in 2005. And two weeks ago they killed my sister’s family, and killed my friends, and kidnapped me, and raped me … I [didn’t] have one cent to buy milk for my daughter. I hope and I wish you understand [the] situation in Iraq. [The] media says things but nobody really understand[s] what [the] situation is.”

Crowds and flags of a different sort filled Daley Plaza as members of the Tea Party, a grassroots movement, gathered to display their opposition to health care reform, taxation, and immigration policy. Though not present at the Chicago rally, major public figures in the movement include Fox News host Glenn Beck, Sarah Palin, and Representative Ron Paul of Texas.
Joe Walsh, a 2010 Republican Illinois congressional candidate, emphasized the movement’s role in reducing federal government. “They are not going to stop. President Obama, Nancy Pelosi and, yes, Melissa Bean — they will not stop. They have to be stopped. They have to be stopped. Do me one final favor. When our friends in the media try over the course of these next seven months to call you a fringe movement, I want you to smile. I want you to smile at them and I want you to keep on marching, and you know what? Future generations will thank you. Future generations will thank you.” 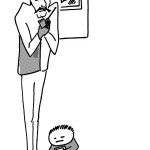