The fashion program at SAIC remains something of a hidden gem at the school, perhaps because it exists within an artistic surfeit. But despite being unofficially classified as a… 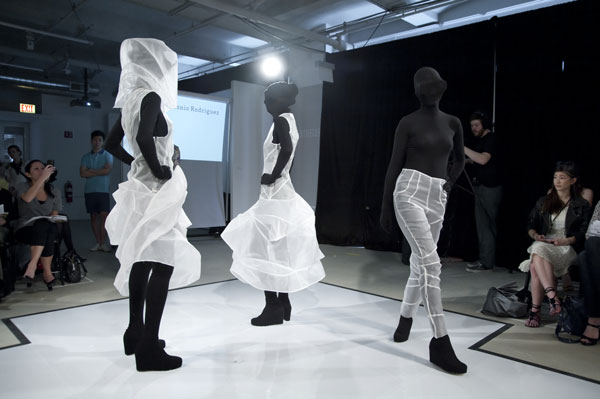 The fashion program at SAIC remains something of a hidden gem at the school, perhaps because it exists within an artistic surfeit. But despite being unofficially classified as a more commercial pursuit than other art disciplines, the fashion program is not only surviving, but thriving, as students prepare for the largest fundraiser of the year, the annual fashion show. Begun as a way for students to showcase their work outside of the school community, participation in the show, which is actually comprised of four components, is mandatory for fashion students.

“The fashion show is integrated into the fashion curriculum in a very profound way,” explained Paul Coffey, Associate Dean of Academic Administration. “We built the fundraiser around it.” 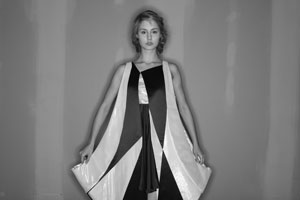 The fashion show, now in its 76th year, will be presented on May 7 in Griffin Court, the new Modern Wing of the Art Institute of Chicago. More than 200 student designs will be shown as sophomores present one piece each, juniors present a few pieces and seniors work toward presenting a full line, which will be included in several versions of the show, called Fashion 2010, The Walk 2010 and NightWalk 2010, respectively. Fashion 2010 will be presented three times, at 9 a.m. for students and their families, 2 p.m. and 7 p.m.  The 7 p.m. presentation will be in conjunction with the fundraiser called The Walk 2010. A late-night presentation called NightWalk 2010 will take place at 10 p.m.

Coffey says that some of the students’ designs have been inspired by the modern wing, where he hopes to begin holding the show annually.

“Anything that brings positive attention to the school and our students is great,” he said. “’The show has a following in this city. People who are interested in cultural ideas and people who haven’t heard of us before have a reason to come to the institution. This year’s show confirms our positive relationship with the museum.”

Strictly speaking, the show is meant to act as a serious educational step for students, but the show does feature many professional elements, including professional models, a professional runway and dedicated fundraising. Coffey says the school is soliciting contributions from corporations to underwrite the cost of the show. “We are still building the budget,” said Coffey, “Having the show in the new wing of the Art Institute is going to be more expensive than past shows were.” 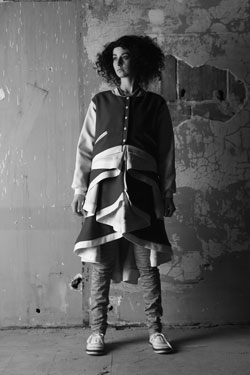 If sold out, the more than 400 seats available at The Walk 2010 will gross approximately $279,000. “Historically, the show has sold out, so that figure would cover all of our expenses and then some,” confirmed Coffey. “Our ambition with corporate underwriting is that we would then not need all of that sum to cover our costs.”

Coffey said that the “worst case scenario” would be that the show would be “cost neutral,” meaning that the tickets sold would pay for the show.
“Our ambition for the future is that the fashion show not be our sole fundraiser for the year,” he said.

In addition to providing visibility, the show also gives students the opportunity to vie for scholarships. “With this fundraiser, we are trying to raise money for two scholarships,” Coffey added.

SAIC alumnus Gary Graham, who was a finalist for the 2009 Council of Fashion Designers of America/Vogue Fashion Fund award, will be honored at the gala fashion show.

More information: Fashion 2010 will be presented to the public three times on Friday, May 7. The 2 p.m. presentation is general admission seating. The 7 p.m. presentation is part of SAIC’s annual gala benefit, THE WALK 2010. Tickets to THE WALK 2010 start at $500. Call (312) 899-1439 for tickets, tables, sponsorships or more information about THE WALK. SAIC also presents NightWalk 2010, that includes a party at 9 p.m. and a late-night fashion show that begins at 10 p.m. Tickets will go on sale March 1, 2010 through a link on the SAIC Web site.

In Memory of Howard Zinn 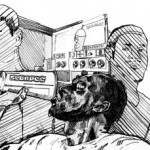