…the discussion centered around SAIC’s sense of community and the goals of the institution, especially the mission and core values of SAIC. As the school both adapts… 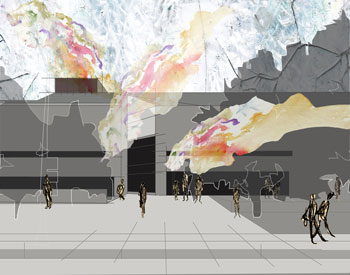 In the first of a series of conversations about the reinvention of SAIC, Dr. Tori Haring-Smith, President of Washington & Association of American Colleges and Universities (AAC&U) SAGE (Strategies for Achieving Greater Expectations) consultant, led a discussion with members of the SAIC community on October 8.

The topics of the discussion centered around SAIC’s sense of community and the goals of the institution, especially the mission and core values of SAIC.  As the school both adapts to new leadership and looks towards its reaccreditation, the self-definition of SAIC becomes increasingly important.

SAIC’s current status as an accredited school makes its students better candidates for financial aid and more competitive in the job market.  Schools that are not accredited are often not recognized by federal aid programs and seen as second-rate by employers.

“As it affects financial aid, reaccreditation is an issue for both the students and the institution,” said Wyatt Grant, a junior.  “But at the same time, I think the quality of our education is the responsibility of the institution, whether or not we get accreditation.”

Accreditation, which must be renewed every ten years, is granted to an institution that, among other things, has an acceptable level of student educational success and demonstrates an effort to improve itself.

To this end, Dr. Haring-Smith was brought in by SAIC staff to use her experience as a faculty member, administrator, and president to facilitate SAIC’s growth and improvement.

To increase the school’s effectiveness, Dr. Haring-Smith recommends creating a consolidated list of its core values.  Policies and projections for the future should, she argued, spring from these common points.  The lecture attendees each recorded a sentiment they valued at SAIC on note-cards.  These note-card responses will soon be available on the web.

In addition to administrative strength, Dr. Haring-Smith stresses the importance of a common thread throughout a student’s education, including experiences both inside and outside of the classroom setting.  Recognizing that SAIC’s student body has an affinity for self-direction, she describes her experience at Brown

University, another strongly independent university that also operates on a pass-fail system.
“In that very free environment, we needed more than ever to direct the students,” said Dr. Haring-Smith. Without a united administration, committed to providing its students with a unified college experience, “what you do in the classroom is undercut”.

A second-year SAIC graduate student questioned Dr. Haring-Smith’s emphasis on a unified educational experience in the discussion.  “Within chaos, I see the potential for growth,” he said.  “To me, chaos is not to be avoided.”

Although a large portion of Dr. Haring-Smith’s address was directed at uniting disparate faculty and staff, the majority of the respondents in the Q-and-A were students, eager to have their voices heard.

“SAIC as an institution is often not considered by students,” said Ingrid Olson, a senior, after the talk.  “We experience the effects.  That’s why it was very illuminating to see the school discussed in this way.”

Dr. Haring-Smith may not have provided answers to all of the conflicts and issues within the SAIC community, but she did encourage more open discussion and willingness to compromise.  She encourages the entire community to think about what SAIC could and should be for future generations of students and faculty.
Future conversations have yet to be announced, but hopefully they will contribute to this atmosphere of openness and a gradual progress.

To participate in this ongoing conversation, e-mail [email protected] 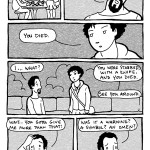 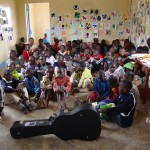 A Manual for Relief