F Newsmagazine writer Julie Rodriguez sits down with John Barnes, the author of nearly 30 books of science fiction (and the occasional fantasy novel), to chat about cyborgs, war, and the realistic applications of imagined technology.

Although the term “cyborg” was coined in 1960, writers of speculative fiction have examined the concept of a human being with significant artificial components dating back to Edgar Allan Poe. For a little insight on a subject which has, in popular culture, largely been examined through science fiction films and literature, F News decided to go straight to the source. John Barnes is the author of nearly 30 books of science fiction (and the occasional fantasy novel), including the Hugo and Nebula award nominated Mother of Storms. Staff writer Julie Rodriguez sat down to chat with Barnes about cyborgs, war, and the realistic applications of imagined technology.

John Barnes: All right, what am I supposed to say something provocative about?

JB: Well, how’s this … by the time there are large numbers of real cyborgs, the word cyborg will be out of use because it’ll all just be routine technology; sort of like the way only engineers refer to “internal combustion engines” anymore. Everyone else just talks about “my car.”

JR: Well, since you’ve written some insanely large number of science fiction books, I figure you’re sort of an expert. I’m going to ask you to make some predictions. Do you think full-blown cyborgs are coming in the near future? I mean, we don’t have flying cars yet, and no bionic man. Is there any hope for the hardcore sci-fi buff that we’ll live long enough to have our vital organs replaced with machines that give us superpowers?

JB: Probably not, because the human body is a lousy place to locate your superpowers. If you want to fly, you need to be shaped like a plane; if you want to walk on the seabed, you need to be dome-shaped with a lot of tiny legs under you. And if you’re going to take the acceleration or the pressure, why take that with protoplasm, which can get hurt? You need to be made out of carbon fiber or titanium. So I suspect most of what has been done with cyborgs in fiction will actually be done with very fast, very broad bandwidth direct-from-brain telepresence.

JR: You mean controlling robots better suited to a particular environment than the human body remotely via what basically amounts to telepathy?

JB: Yep. That’s coming very fast now. There are commercial artificial limbs in test that are controlled by nerve bundle taps. And the Air Force has been messing around with fly-by-brain drones for a few years.

JR: That’s really underwhelming. It’s very cool, but somehow less exciting than the idea of being able to actually do all those things personally. Do you think that’s the reason why science fiction writers prefer to talk about cyborgs rather than being more realistic about the practical abilities of the human body? Can people just relate more to the idea of cyborgs than remotely-controlled robots?

JB: I suspect that’s true. But frankly, the “cool” stuff is mostly just a way to get hurt. One big lesson of the Iraq War is that any soldier who has half a brain (and wants to keep it where it is, and functioning) never goes someplace if a robot can go there instead; defusing an IED yourself might be very cool in the movies (“Do I cut the red wire or the blue wire?”), but it’s far preferable to have something that looks like a garbage can on top of a lawn mower just drive up to it and cut it apart; you never have to go to the robot’s funeral.

Similarly, one reason the drones are so much more effective that they’re scaring the piss out of the Air Force is that the expensive, hard to replace part can sit and work a screen and joystick in Missouri, and if the drone gets shot down in Afghanistan, well, they just fire up another drone. Why put the expensive, hard to replace pilot someplace where they can get hurt? And a guy who can’t get hurt is freer to take chances. Human pilots notoriously drop bombs too soon and fire guns and rockets from too far away; drones go right in on the target because, after all, to the operator it’s just another video game

JR: While that’s probably a good thing from a military perspective, doesn’t that just desensitize people to the reality of war? Is proliferation of that kind of technology damaging us as a society, allowing us to ignore the pain and suffering we inflict on others by making it seem less real?

JB: No, actually. The reality of war is that it’s a good thing for the other side to do all the suffering and have all the pain. That’s the point of the thing. That, of course, is what many people don’t like about war, which is perfectly reasonable.

JR: Yeah, there are those pesky pacifists to deal with.

JB: But if you’re going to get into a war at all, the point of it is not to share all the pain and suffering; it’s to allocate it all the other way. Anyway, my guess is that the real place where cyborgs will happen is more in dealing with the difficult lives of what are now politely called the “differently abled.” A child with a cochlear implant isn’t a cyborg by most people’s definition, but it’s someone who is growing up hearing rather than deaf because a mechanical device has been entirely incorporated into his/her body. Spine or brain activated legs that let a paraplegic walk … the artificial eyes now in development … that’s where it’s more apt to come. For the moment, though, bio systems are far superior; there’s no receptor array for light that’s remotely as good as the human retina, we can’t make materials as strong and light as bone, or power sources as compact as muscles.

JR: That’s interesting, because I think most people would assume a machine is superior to a biological system. Maybe people just don’t understand how incredibly complex the human body really is.

JB: Well, that’s another whole area to be considered. The materials science researchers are putting a lot of time and effort into trying to produce things like shapeable, tank-grown bone and wood… the nanotech people actually are looking at mitochondria as power sources for cellular-level machines. Turns out that if a machine was as good as a brain, or a leg, or a kidney — it would BE a brain, a leg, or a kidney.

JR: So it would probably be more productive to grow replacement organs in labs vs. designing machines to imitate the same functions?

JB: Probably a mixture of both. Also, the interfaces they’re developing are probably going to be more useful for other problems. Maybe you can implant a fast microcomputer to provide a parallel assist to a given brain center. For example, stimulants supposedly work on ADD people to calm them down because their paying-attention-center runs too slowly; what if you could give it more fast-access local memory?

And just as a lot of the things that help ADHD students do better in school are actually things that help most students (so there’s a gray market for ambitious parents, in getting their kids diagnosed with some disabilities that they think will get the kid an advantage), if you can boost the brain for people who have problems, why not boost it for people who are “normal”, to raise them to “above normal”?

JR: I think the pharmaceutical industry would probably lobby to keep that technology from getting approved for fear of going bankrupt, actually.

JB: Most medical devices on the market come from the pharmaceutical companies anyway; instead of selling parents fifteen years of Ritalin, they’ll just sell them a brain implant that goes in once but costs enough so they’ll still be paying for it 40 years into the future.

JB: It’s one of those things where they can make money off either rent or mortgage; it’s just whatever’s easiest at any given moment.

JR: Okay, we’re running out of time so one more quick question. This is the deep philosophical question you science fiction writers always like to grapple with whenever talking about this sort of thing. If we keep putting all these artificial parts in our bodies, at some point, does it make us less human? Or is that just total bullshit?

JB: Well, is Stephen Hawking less human than you or I? And would he be less human if all the gear allowing him to function were inside his skin instead of mostly outside it?

JR: I’m pretty sure Stephen Hawking is actually god, so I guess that answers that question.

JB: Here’s a last exotic quotable thought for you. If we get to wiring the brain successfully, we could just put a wire between two people’s pleasure centers, with an amp in the circuit so that the more pleasure one felt, the more pleasure the other would feel, too…at which point two (or twelve) people could send each other to heaven, everyone having a better and better time as everyone else did… At which point the human race starves to death because nobody goes to work!

JR: I think I’d be okay with that. 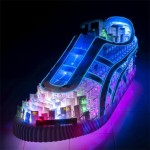 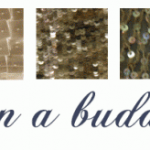