Riding high off the success of his first solo show in London’s popular Air Gallery last December, master forger John Myatt is turning his story of deception into a feature film. Between 1986 and 1994, Myatt forged over 200 works by well-known impressionist, cubist, and surrealist artists and—through John Drewe, an accomplice who produced fake provenances for the forgeries—passed them off as originals to various auction houses, galleries and collectors for very real market prices. Michael Douglas is set to star in the tentatively titled Art Con (release date unknown).

A frustrated teacher at the time, Myatt took out an ad in Private Eye in 1986 for “Genuine fakes, 19th- and 20th-century paintings from £200 [today, $350].” After the fourth run of the ad, Myatt was contacted by Drewe, who claimed to be a nuclear physicist, and commissioned to create several works for Drewe’s home in the styles of Matisse, Klee, and two 17th-century Dutch Masters. Unbeknownst to Myatt, Drewe took the forged works to Christie’s and was offered £30,000 [today, $52, 400], of which Myatt received roughly half. “It did not take me any time at all to make the wrong decision,” Myatt told The Guardian in December. “It was as much money as I earned as a teacher in a year.”

The two continued scamming the art world until 1995 when, in the midst of a messy separation, Drewe’s wife blew the whistle. Scotland Yard’s Arts and Antiquities Division raided Myatt’s studio, declaring it “the biggest art fraud of the 20th century.”

Myatt served four months of a 12 month prison sentence in 1999. Today, he continues to forge works by the same masters as before; however, these new “genuine fakes” are signed by Myatt in indelible ink and imbedded with a computer chip. Myatt’s newer work fetches up to $8,000. Fake or Real? Answers HERE. 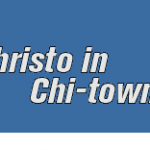 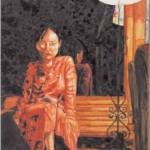