The first entry Edward Lifson made in his childhood journal was a quote from Stendhal’s The Red and the Black, a six-hundred page novel on the French Restoration, “A philosopher would have said, perhaps wrongly: ‘It is the violent impression made by ugliness on a soul created to love what is beautiful.'” Lifson admits this was some pretty hefty material at that age–most of his peers were likely recording crushes and after-school activities, but, as he says, he’s been passionately interested in art for literally all of his life. This early interest was the beginning of a journey which led Lifson to his current position as Senior Arts Editor of Chicago Public Radio and host of the station’s Hello Beautiful!, a weekly program chronicling developments in Chicago’s arts scene.

Lifson describes himself as a “very visual person.” A Chicago native, he frequently visited the Art Institute as a child, and describes the way in which painting became a way for him to experience the world beyond that which he knew:

“I thought…it’s not just colors on canvas. It’s a way of life… I always knew there must be other ways of life but I never had any proof of it. When you’re a kid all you know is your own existence. So here was the proof that indeed there are other ways of life and they can be colorful, sensitive, sublime.”

The inspiration and stimulation that this sort of exposure provided Lifson led him to explore art production on his own, experimenting with a broad range of media including sculpture, painting, drawing, photography and mosaic. This work served as both a creative outlet and means to grander exploration. Says Lifson, “[I did it] to try to understand the world. I think putting pencil to paper and trying to see the inner structure…helps you understand what’s in front of you.” He hoped to attend art school, but when faced with his parents’ disapproval, he decided instead to major in art history at Boston College and study abroad in Paris. Additionally, he later studied architecture, in which he remains intensely interested.

Upon graduation, Lifson began to work for National Public Radio. His first piece, in 1988, for the station’s popular program Morning Edition was a report on a Chicago outsider artist named Mr. Imagination. This led to several other pieces for another arts program, Performance Today, and a number of features on Chicago artists. Lifson was promoted from NPR’s Chicago reporter, to Midwest reporter, and when the station opened a bureau in Berlin in 1996, he was sent to write about urbanism and city planning. When the war broke out in Kosovo, Lifson was offered a position as a war reporter, which he accepted. It was this time spent at war which reminded him of his initial interest in art, and ultimately, in beauty. Of his experience in Kosovo, he says, “After getting shot at, I thought, I’m into creation, into beauty.”

Lifson returned from abroad in 2001, and joined Chicago Public Radio where he was appointed to his current position as Senior Arts Editor. Several years later, he began the program he is locally well-known for, Hello Beautiful! Airing every Sunday at 10 a.m., the program is intended to serve as a forum for Chicago’s arts scene. Lifson aims for diversity, and succeeds with guests as divergent as university faculty, novelists, arts organization leaders, artists, critics and musicians. In one recent edition of the show, guests including Margaret Hawkins (art critic, ARTnews and Chicago Sun-Times), Ned Cramer (curator, Chicago Architecture Foundation), and Antonia Simigis (music editor, Time Out Chicago) discussed and debated their picks for the top three developments in the Chicago arts scene for the year, while being rebutted and supported by a number of enthusiastic callers.

Each week topics are chosen, researched, and presented by a staff including only Lifson and his assistant, Jenny Lawton. Although this may seem like a considerable amount of work for only two people, Lifson’s enthusiasm contributes a remarkable energy to the program. “I find that I can’t wait for ten on Sunday to come around. At ten o’ clock on Sunday there’s no stopping me,” says Lifson. “I turn around and it’s over, and then I have to wait a whole week to do another one.”

It isn’t just Lifson, either; the energy, interest, and participation of listeners is equally extraordinary. Every week, he says, “the phones ring off the hook.” He believes it’s this sort of dynamic dialogue between Lifson, guests, and audience that makes the show work. “The whole idea of the show is that it’s a forum. I want to hear what people think…talk to the callers even more.” Chicagoans have a certain pride in their city and its arts scene, he believes, and Hello Beautiful! gives them with a forum in which to voice their support. He comments, “I think we know that here in Chicago, we have something really special, you know? People know it’s a special place, but no one talks about it. They talk about work, or they talk about football or the expressway…I wish the show were two hours, or on everyday, or something. I can talk about anything, it doesn’t matter. The callers are smart and interesting in their statements and questions. It’s fantastic.”

Given the unique sort of interest Hello Beautiful! generates in virtually everyone who comes in contact with it, Lifson’s hopes for the program seem especially reasonable. “Hello Beautiful, Poughkeepsie! Hello Beautiful, Schenectady! Hello Beautiful Albequerque!” he suggests, “It could be a one hour national program, with the first half hour as a national art piece and the second half hour as local arts news.” This sort of nation-wide programming would encourage interest in local arts scenes and draw attention to local artists who otherwise might have gone unrecognized. Lifson believes this is especially important because, “some of the best stuff goes a little bit unrecognized. It seems like there are quite a few artists who are just working quietly, who people are collecting.”

Lifson resolutely believes that art and artists deserve this sort of attention. He articulates the impact of a successful work of art, saying, “I think a lot of things you can tell the minute that they start that [they’re] going to be worthwhile. You’re outside of yourself, transformed. I think we just know when a work of art is good.” He finds this response in the work of some of his favorite artists, including Poussin, Cezanne, Martin Puryear, Jenny Holzer and Kerry James Marshall. It’s knowledge and pursuit of this sort of aesthetic transformation that has motivated Lifson, from his childhood, to his current position. “I wanted to make the world a better place, I think, putting great art into the world is a way to change the world.”

When solicited for advice, Lifson laughs and comments, “Live, get to what is real and important, figure out what you want to say and say it. If you have to do it, you will. If you don’t you won’t. I’m not sure that people have a choice.” As for himself, Lifson’s immediate plans include continuing work on Hello Beautiful! as well as involvement in charitable work. He is enthusiastic and hopeful regarding his participation in the local arts scene. “I’ve been asked to curate a couple of shows and that interested me,” he says.

“There are other things that I would like to get involved with in the city of Chicago. I think there should be Mies van der Rohe museum. I even know where it should be and what should be in it. And I would love to help the city, to work for Mayor Daley. I have some ideas for public squares, where people can meet each other. I would like to do that. You’re never there, because every place here is crisscrossed, traveled through, kept moving…how about we stop and say, ‘we’re here now.'” These ideas reflect and perpetuate Lifson’s significant commitment and contribution to the Chicago arts scene, and support his assertion, when questioned as to why he is where he is, “I was born to do it.”

For more information on “Hello Beautiful,” or to hear the show, go to WBEZ’s website at: 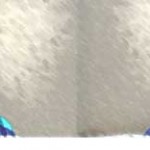 New video work about lawyer who was convicted of... 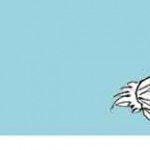