New video work about lawyer who was convicted of aiding terrorists

On March 10, attorney Lynne Stewart, 62, will enter jail for what might be the rest of her life. The first lawyer in the United States convicted for aiding terrorists, she is featured in former F News editor (1994-1995) Paul Chan’s new video, an untitled work-in-progress.

On March 10, attorney Lynne Stewart, 62, will enter jail for what might be the rest of her life. The first lawyer in the United States convicted for aiding terrorists, she is featured in former F News editor (1994-1995) Paul Chan’s new video, an untitled work-in-progress.

Stewart and Chan met at an Iranian photographer’s exhibit featuring photos of everyday life in Iraq. Chan, who has addressed political issues in previous works, asked Stewart to participate because, he says, “Her story moved me. And scared me.”

Stewart’s story began in 1995, when she was asked to represent Sheikh Omar Abdel Rahman, spiritual leader of the Islamic Group, classified by the federal government as a terrorist organization. Rahman was accused and later convicted of masterminding the 1993 bombing of the World Trade Center.

While representing her client after his sentencing, Stewart signed an agreement required by the Department of Justice, stating she would not pass on messages from her client to a third party. The government limits this communication because it considers the words of particularly dangerous clients as weapons that could incite violence.

In June 2000, Stewart announced to reporters Rahman’s withdrawal of support for a cease-fire between the Islamic Group and Egypt’s government. Two days later she released a second statement clarifying his views. The federal government found that by making Rahman’s statement public, Stewart was breaking the agreement she had initially signed, thus defrauding the government and providing “material support” to terrorists.

Then-Attorney General John Ashcroft announced Stewart’s arrest on the David Letterman Show. During her trial, the prosecution played taped statements from Osama bin Laden and introduced evidence of the October 2000 al Qaeda bombing of the U.S.S. Cole, although neither event directly related to the case. Tapes from hundreds of wiretapped conversations between Stewart and her client were also admitted, in an attempt to prove that Stewart was helping pass along information other than legal matters. The jury convicted Stewart and two of her colleagues on all charges.

Jim Fennerty, former president of the Chicago chapter of the National Lawyer’s Guild, worries that the government’s actions in this case will deter lawyers from representing unpopular defendants in the future for fear of being prosecuted themselves. The Sixth Amendment to the Constitution affords all defendants counsel, and the American Bar Association requires that all lawyers vigorously defend their clients. “We’re going to be in big trouble if lawyers are afraid to take on these cases,” Fennerty noted.

Chan expressed similar concerns. “If the lawyers are being thrown into prisons, then the rest of us are finished as active political beings.” Though he has not yet completed the video, Chan released his work-in-progress for an event he and Stewart attended together at the Vera List Center for Art and Politics at the New School in New York City.

Filmed at her Brooklyn home in July of 2005, the video is anything but a predictable portrait. While Stewart talks about her life and her case, the camera alternately focuses on her speaking, on separate images of her, and images of her cluttered home with its photos, homemade cards, and stocked bookshelves.

In the 17 minutes of footage, Stewart recites three poems and describes how she believes poetry can provide an “emotional nudge” to provoke people and inspire courage in them when they might otherwise avoid taking action. The former elementary school librarian speaks the language of poetry as fluently as she does the language of law. While she reads poems from Blake, Ashbury, and Brecht, Chan fills the screen with shifting colors. He describes this as the “Magritte paradox.” In post-production, Chan realized that “any image I put with the reading of the poetry would diminish the capacity of the poem.”

The words aren’t overtly political, and neither Chan nor Stewart attempt to taint them with bias. “The relationship between the word and image is one of the oldest tensions in art,” explains Chan. “What I did was to try to find a new way of relating them over time without reducing either.” The effect is powerful and thought-provoking, without attempting to push the viewer in any particular direction. As the video ends, Stewart reads aloud one last poem from Brecht while shades of blue flicker on the screen:

“And I always thought: the very simplest words
Must be enough. When I say what things are like
Everyone’s heart must be torn to shreds.
That you’ll go down if you don’t stand up for yourself
Surely you see that.”

“I think people like Stewart are crazy and irresponsible,” Chan says, “And we should always look to them as resources of hope.” 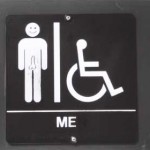 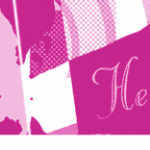