Artists like John Kacere and Hilo Chen have taken a lot of flack for their use of the female body and the male gaze. What do you think about the classic female nude?

Artists like John Kacere and Hilo Chen have taken a lot of flack for their use of the female body and the male gaze. What do you think about the classic female nude?

Perhaps the old saying is true: mysterious women are beautiful and enticing. They can spark creativity and thought, uncover feelings and mysteries about ourselves that we have, and lead to discovery. A mysterious woman is a metaphor throughout art history. Remember Delacroix’s Liberty Leading the People or the innovative DaVinci’s Mona Lisa Makes me wonder if pleasure simply comes from one’s ability to analyze, challenge, think critically, create and move in a direction of growth and change. I am, of course, biased.

The same people that have objections to John Kacere and Hilo Chen are the same people who bitched and moaned about John Currin’s early work, deeming it sexist and politically incorrect. Well, I guess Currin’s paintings do fit both of those descriptors–but so what? That was the early 90s when “tiptoeing” and “moral reservations” were all the rage. I thought that we were done with that now. This is 2006. There are more important things to take a stand against–MTV (and most of television), Girls Gone Wild, and Neo-Conservatism. This is the scary stuff, not a nude woman in a painting. There are more than a handful of artists whose work, in its primacy, is about this female nude. And guess what, nearly all of them are men. Let’s not act like this is a new game. Men are interested in women. Very interested. And in the end I would rather have some guy making work that he is interested in rather than straining for something that is “appropriate” and intelligible. In the end, you have to make what you want to make, or else what’s the point? If someone doesn’t like it, they don’t need to look at it, better yet–they don’t need to waste their time whining about it. Of all the nude women I have seen in artworks, none of them have come close to exploiting women in the aggressively violent ways that porn movies do. Now that is a real target for us all to oppose. I find something sexy when it is earnest and intentional in its execution.

I don’t think that in order for art to be considered “sexy,” you have to have nude figures. In my opinion, artwork that is sexy is one that has lots of detail such as: texture, lighting, composition. Texture is very important to me, because I like for the viewer to WANT to touch it. That’s what I’d consider sexy.

Oh my god, the Mancini in the museum of the woman in the bed gazing off, wow, I have to hold a binder at waist level whenever I stare at that painting. Modigliani’s women are incredibly sexy as well. 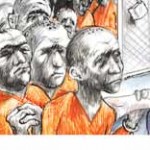 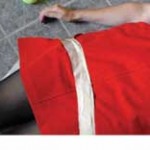 Making art out of anti-art