Making art out of anti-art

There is a dangerous little idea that entered the European consciousness in the 1960s, and, given the success of Finland’s fourth annual ANTI Contemporary Art Festival, the movement is still laying its claim.

There is a dangerous little idea that entered the European consciousness in the 1960s, and, given the success of Finland’s fourth annual ANTI Contemporary Art Festival, the movement is still laying its claim.

The festival, which takes place in the pristine city of Kuopio, is itself a significant development in the larger movement. Every year the festival hosts twenty conceptual artists from around the world whose work challenges the notion that art is a commodity, and then challenges the institutional framework which supports that bias: the museums, galleries, and other art venues that physically limit the reach of an artist’s work.

With the help of Mary Jane Jacob, Professor and Interim Chair, Department of Sculpture, SAIC, and the Arts Council of Finland, I attended the 2005 ANTI Festival. My role was to enjoy the festival and to come back to share with students from the School of the Art Institute what this radical movement in art is about, and what this ever-young, avant-garde festival aims to accomplish.

Anti-art can glide through the street, stand in a garden, dance in a park, or wrap and unwrap landmarks of civic importance. It attempts to set up interactions for the everyday art audience which happens to walk past the schoolhouse, or work in the lumberyard, or bowl at the lanes after dark. Operating in venues that are generally considered inappropriate for shows, these artists try to collide the art experience and the mundane experiences of the everyday city, be it at the the crisis center, the fish market, or the radio station.

Artist and theorist Hélène Parmelin writes that anti-art is nonsense that has been generated by criticism. “The events of the last few years would suggest that this criticism has claimed as its own every absence that ever needed filling; absence of thought, absence of research, absence of creativity, absence of knowledge. And above all absence of lucidity–and of humility.” She wrote that Pop Art, Fluxus, Minimalism, and other conceptual movements were “campaigning in nothingness and disappearance, driven on by a climate that favors the grand gesture.” I think that time has shown, and current trends in art will prove, that anti-art is not going away, and as such it will continue to challenge traditional art objects and traditional performance artists.

In America, anti-art appropriately remains associated with counter-culture. American cities, for example, have a very old love affair with graffiti. Once created, graffiti is not meant to be claimed. Its anonymity is invaluable; it is anti-property. New York marketing savant Shepard Fairey has made a whole decade famous for the proliferation of graffiti-inspired images of the wrestler André the Giant. Through posters pasted to walls and billboards, André’s head was given a thousand new contexts and meanings, while commanding its audience only to “obey.” Some carried art treatises describing the phenomenology of the mainstream, and the pieces became ubiquitous to New Yorkers, appearing on billboards, in sticker piles, and along sidewalks. In ten years, Fairey’s influence spread all across the country, cultivating anti-advertising awareness along the way.

Brushing off the experimental equipment of Dadaism, Bauhaus, and Surrealism, the anti-art movement makes the case that real art is not about how it can be acquired, framed and exhibited. Anti-art can be seen as a performance of life itself. It asks the audience to appreciate what categorically has never existed as art before, and cannot be taken away from where it appears, or disappears. Anti-art is non-possessive, it prefers to be found instead of shown, to be presented instead of being represented. It is not an object, per se, or an installation. Anti-art is essentially a challenge, a challenge to the aesthetics of the institution and to the institutions themselves.

On its own, for instance, a shopping cart upturned on a stop sign invokes the entire global monologue of capitalism. Stop signs and shopping carts are universal symbols of civic obedience and consumerism, doubly criticizing the car and the comodity. Artist Ange Taggart stitched together a pair of shorts for an oversized bronze figure that stands in a large fountain outside of the fishmarket. The thrift shop-style clothing is meant to eschew the corporate malls that thrive across the way. (Check her out at www.mydadsstripclub.com)

By embracing this trend of live art, the ANTI Festival in Finland throws itself beyond the traditional, urbane context of exhibitions and festivals, wedging itself inextricably and unexpectedly within the context of the city. This Finnish festival draws the kind of attention from its single weekend of operation that a major museum would want to receive every weekend all year round.

Festival-goers traveled from site to site to witness the work of internationally recognized artists like Tres, whose Blackout Concert #16 reduced a crowded bowling hall to a catacomb of absolute darkness for about 30 seconds. The effect was riveting. In the darkness, the crowd was leaping out of my eyeballs. Sharing darkness and silence with so many people became an immediately palpable kind of trust. Collaborators Cai Yuan and JJ Xi, who have received international attention for Two Artists Jump On Tracey Emin’s Bed (Tate Modern Turner Prize exhibition, 1999) and Two Artists Piss on Duchamp’s Urinal (2000) created an instant performance which celebrated the international dialogue between artists. For the ANTI Festival they organized a group of students to join them in dressing up as Chinese tricksters from a novel called Monkey King. Armed with long sticks and painted faces, this troop of monkeys started their performance inside of a schoolhouse, ran through the halls, climbed over desks, and then poured out into the Marketplace, where they gathered a tremendous crowd and performed wildly in the open.

The organizers of the ANTI Festival, Johanna Tuukkanen, Maija Eränen and Erkki Soininen, are happy with the place that the festival has found in the international art scene. This idyllic fishing town has created an international festival out of a movement in conceptualism, and in many ways the festival has acted as a concept happening in itself.

The different locations and varying starting times of works forced many people to miss events. In fact, I found that attempting to see the entire exhibition was impossible. Everyone had to settle with what they could get to and see on time. The theme of the festival was, broadly stated, “time,” and it wholly governed the audience in the sense that the pieces were sometimes so spread out, or simultaneous, that some people were bound to be somewhere else. The events and the sites operated together like a scavenger hunt, challenging traditional spectatorship.

Next year’s ANTI Festival is planned for September 28 through October 1. The festival is now seeking contributions. To find out about what kind of proposals they are seeking, and to learn more about the upcoming festivals, go to: www.antifestival.com.

Travis Hugh Culley traveled to the Anti Contemporary Art Festival in Kuopio, Finland, in 2005. He is the author of a memoir entitled The Immortal Class: Bike Messengers and the Cult of Human Power (Villard Books, 2001) and is soon to be a graduate of the MFA writing program. 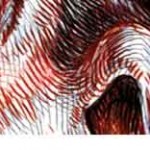 Angry letters to the editors