Without having had the advantage of hearing Isaac Julien’s lecture as part of the Visiting Artist Program at SAIC, I did have the opportunity to see his most recent exhibition in London at the Victoria Miro Gallery.

Without having had the advantage of hearing Isaac Julien’s lecture as part of the Visiting Artist Program at SAIC, I did have the opportunity to see his most recent exhibition in London at the Victoria Miro Gallery. True North (2004, 14 minutes, color digital video, DVD transfer, sound) and Fantôme Créole (2005, 23 minutes, color 16mm, sound), two new films by Julien, function on the level of anti-narrative and offer a somewhat fragmented vision of two opposite but equally remote locations: the North Pole, around Iceland and Sweden, and Ouagadougou, a postcolonial African city.

By virtue of Julien’s technique of editing and projecting onto three different screens, the space of the films is equally built up and torn down. With a fleeting sense of raw self-awareness, the best moments come when one screen reveals Julien’s film crew as the other screens show the space being filmed.
Although the new works are outwardly less directed towards some statement on race, gender, et cetera, they do endeavor to reveal the history of a global politic. True North remaps the journey of Mathew Henson, the first man to the North Pole, whose claim to such was debated and controversial because he was African-American. Fantôme Créole addresses a more collective history of colonialism in Northern Africa, both political and cultural.

In addition, the gallery installation includes still images from both films, printed large and in some cases split into two or three sections to mimic the structure of the film installation. It is hard not to see these as excessive, perhaps as tokens or souvenirs, since they are distanced from the premise of both projects and alone read as nothing more than National Geographic in big print. It might be easy to miss the poignancy of Julien’s work because of the outward showiness of it all. It takes quite an investment, in both the photos and the films, to get beyond the surface of the slick editing and overly affected imagery. 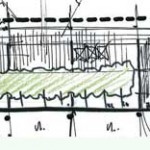 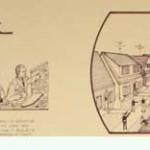