Art Critics of the Round Table

For those of us who were turned away from the October 11 Visiting Artist Program (VAP) public roundtable, “States of Art Criticism,” due to its large turnout, the transcripts will soon be available in the School of the Art Institute’s Flaxman Library.

For those of us who were turned away from the October 11 Visiting Artist Program (VAP) public roundtable, “States of Art Criticism,” due to its large turnout, the transcripts will soon be available in the School of the Art Institute’s Flaxman Library.

Art history professors Jim Elkins and Michael Newman are co-editing a book titled The State of Art Criticism to be published in 2007 as the fourth volume of Elkins series on theoretical issues in contemporary art, The Art Seminar. The text will include another art criticism roundtable held in Ireland in July 2005 and the Chicago roundtable, as well as nearly forty responses written by critics from around the world.

In an email, Elkins wrote, “Michael Newman and I hope that the book will be an important contribution to talk about art criticism. Art criticism is very interesting because there is such a wide range of opinions about it: some people think of it as the only proper discourse on art… [and others] think it is worthless, misleading, or empty of content.”

The panel was comprised of academic and journalistic critics including VAP speaker Dave Hickey (University of Nevada at Las Vegas), Lynne Cook (Dia Foundation), James Panero (The New Criterion), Ariella Budick (Newsday), Elkins, Gaylen Gerber (SAIC), Stephen Melville (Ohio State University), and Newman. Their conversation focused on four key issues: the October roundtable that occurred in the spring of 2002, the relation of judgment to art criticism, defining the practice of art criticism, and the history of art criticism.
Elkins opened the first discussion by stating, “What October did, and what it still does, directly impacts the way we write about art criticism.” Melville, once affiliated with the critical journal, agreed that October “was born with a worry about art criticism as a part of what it was.”

Hickey, the so-called “Robin Hood of Art Criticism,” sees it differently. He pointed to “the failure of October” because those associated with the magazine only wrote about criticism, not art. He stated, “I don’t talk about criticism. I talk about things that are green.”

Newman, “flabbergasted” by the attendance at the event, suggested “there is a resurgence of interest in art criticism.” Hickey immediately countered by declaring the Chicago roundtable “the death-knell for art criticism.”
The critics moved quickly between topics under the direction of Elkins. Budick summed up the voices of the other panelists concerning affirmative judgments. “That would be boring,” she said. “It’s boring to read, ‘This is great, this is great, this is great’—not just for the reader, but even for me as an art critic. I want debate; I want dialogue, fireworks, battles, energy. There’s no energy in, ‘I love this.’”

Hickey and Gerber both agreed that bad art is important. Gerber ended the second discussion with, “I prefer that art be messy, and indulgent, and crap.”
The third topic was initially posed as a question on the limits of art criticism, but the panelists focused instead on alternative methods of interpreting, explaining, and judging works of art. The panelists drew distinctions between art criticism and cultural criticism as well as art and visual culture before debating contemporary curatorial practices. Both Melville and Newman point to the curator usurping the role of the critic.

Before the debate grew any more heated and off-topic, Elkins shifted the discussion to the history of art criticism. The problem with art criticism, claimed Newman, is that “there is only contemporary art because now is when we experience it.” Panero agreed that the “presentness” of art criticism cannot be discounted. The panelists concluded that the very open-endedness of criticism is what makes it so difficult to teach in the university. After all was said and done, Elkins conveyed his hopefulness. “It’s great that SAIC was involved in this, and it might even help to raise SAIC’s profile as a place where art criticism is debated and studied.”

Uncategorized Art Critics of the Round Table
« Previous Story 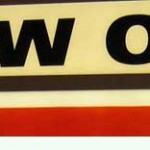 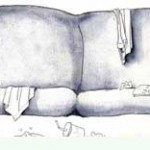