The addition to the museum’s northwest corner, designed by architect Renzo Piano, will add 264,000 square feet of new space. Since the project is scheduled for completion in 2009, many students who read this will have graduated before the building is completed.

In case you missed the announcement of the expansion, haven’t read the banners in front of the Art Institute in a while, or are oblivious to the construction along Columbus Drive that has blocked our favorite shortcut from the Columbus building to Monroe Street, here’s what you need to know: the Art Institute is expanding. A lot. The addition to the museum’s northwest corner, designed by architect Renzo Piano, will add 264,000 square feet of new space. Since the project is scheduled for completion in 2009, many students who read this will have graduated before the building is completed.

You may be thinking, “The Art Institute is a big museum anyway—enough to fill a middle-aged tourist’s whole day. Is there really a need for a new addition?” Well, the answer is yes. The Art Institute has an active acquisition program and cannot show a significant portion of its newer acquisitions in modern and contemporary art, and with the long-term loan of the former Terra Museum’s collection, the size of the museum’s holdings reached a crisis point.

Mayor Daley is happy about the expansion, because it fits nicely into his urban renewal program for Grant Park and areas along the lakefront, like Meigs Field. The expansion is also a part of a colossal keeping-up-with-the-Joneses project on the part of the museum. As one museum press release states, the addition was designed to allow the Art Institute’s “significant modern collections–– rivaled only by the Museum of Modern Art in New York and the Centre Georges Pompidou in Paris–– to be shown in a new light.” With the recent expansions by the Walker Art Center in Minneapolis, Whitney Museum in New York City, Los Angeles County Museum of Art (both also designed by Piano), MoMA, and others, the Art Institute’s building was starting to look positively medieval by comparison.

Looking to secure its present and future status, the Art Institute needed some more space by a great architect.The project will cost $258 million, which is nearly equal to half of the Institute’s net assets ($576 million in 2003). As of November, the Art Institute has acquired nearly $200 million in pledges toward the project, one of the largest being a $5 million donation from corporate sponsor JPMorgan Chase. It is likely that the cost of construction will be covered by these pledges, but a campaign is also underway for an additional $87 million in order to pay for future maintenance and operating costs.

As for the renowned creator of the new wing, one could fill pages with Renzo Piano’s architectural accomplishments. It would be no exaggeration to call him a star architect. Piano received the Pritzker Prize for Architecture in 1998 and is probably best known for his design of the Kansai Airport in 1996. His current projects include the Woodruff Arts Center expansion in Atlanta, the new California Academy of Sciences in San Francisco, the New York Times Building, the renovation of the Morgan Library and expansion of the Whitney, and the expansion of the Los Angeles County Museum of Art.

The recent celebrity of certain architects like Frank Gehry, Piano, Santiago Calatrava, Zaha Hadid and others is a relatively new phenomenon. It has led to cities collecting art buildings for increased cultural and civic prestige. For example, many of Gehry’s projects have become cultural icons, including Disney Hall, the Guggenheim Bilbao and Chicago’s own Pritzker Pavilion in Millenium Park. These buildings are symbols of civic status and do not just house significant cultural objects. The structures themselves are important works that walk the line between art and architecture.

SAIC Chair for Architecture, Interior Architecture, and Designed Objects Professor Anders Nereim explains, “Architecture is not art, but it is just as interesting and life-enhancing as art. If the architect’s vision includes how you approach the art, and how you feel when you are moving past the art, and how the light comes in toward the art, then it has made a huge impact on the art.”
If architecture affects how we view art so much, then the most important part of the design becomes the approach of the architect toward the particularities of the art and building site.

Gehry lends himself especially to the star-architect label due to the signature look of his warped-steel designs, but Associate Professor of Architecture, Interior Architecture, and Designed Objects Linda Keane reminds us that “the stardom of an architect is often a Hollywood effect, but other times it’s an actual reaction to and appreciation of skill and craft.” Piano is definitely a gifted architect and doesn’t have as particular a style as Gehry. Instead, he has concerns that affect how he approaches the planning process and the function of the building. Professor Nereim describes Piano’s approach as concerning “lightness, lighting, and space defined by light.”

Professor Keane sees Piano using “light as a material” and his plan as “reflecting a new sensibility in architecture with light.” The difficulty of the museum expansion project was joining it with the accretion of styles that make up the Art Institute. Piano uses the box, which forms the primary structure for every era of the building, and removes the walls to let in light. This use of natural light allows him to envision a new way to experience the art museum.
The function of the museum has changed considerably since the Institute was first built in the 1890s. Professor Keane characterized the original building as having “a classical style reflecting the view that the museum was a type of mausoleum or archive for protecting priceless artifacts,” whereas the contemporary museum is designed to “stretch what is specific [about that institution] and expand what a cultural experience could be.”

This new attitude for AIC will result in 30 percent more gallery space to display both the modern and contemporary art collections and an increase in space for the curatorial departments. But by far the most dramatic change is in the museum’s education space. The whole first floor of the new wing is devoted to education, more than doubling the current space. The placement of this facility on the first floor near a natural thoroughfare is an example of how the museum will feel more accessible to the public.

Also reflecting this shift toward an open, interconnected museum is the Renzo’s choice of transparent walls. Largely made of glass, the walls will create a clear and vibrant connection between the city and the museum campus. Piano’s plan acknowledges the city’s presence and creates an urban response in part by creating space for its viewing from a third floor sculpture patio and a pedestrian bridge that crosses to Millennium Park above Monroe Avenue.
The new northwest wing will also acknowledge its physical relation to the world by incorporating energy-efficient technologies. Characterized as a “smart greenhouse,” the building will have most of its lighting provided by the sun during the day. In order to block direct sunlight from entering the galleries, a sunshade—dubbed by Piano as his “flying carpet”—will be suspended above the gallery building. Several other energy-saving strategies, such as double-paned windows and automated circulation systems, combine with the new garden spaces to create what Professor Keane describes as “a building in living relationship with the environment.”

The museum’s engagement with environment, city, and the public also implies a new attitude towards the viewer. Imagine a modernist viewer who is placed in an incandescently lit white box, so that nothing is available to look at but the art. This viewer would have little awareness of their body, the street, or the outside. Piano has created a building that acknowledges the bodily reality of the viewer and their environment, and has in effect challenged the art to be relevant to that specific situation. While it may seem that the philosophy behind the addition implies a type of site-specificity and an appreciation for the importance of Chicago as a city, the expansion will mean the destruction of the historic Goodman Theatre.

The original Goodman Theatre is located north of the SAIC’s Columbus entrance and was designed and constructed by Howard Van Doren Shaw in 1925. In the 1920s, the Goodman family gave $350,000 to the Art Institute to establish a professional repertory company and school of drama at the museum. The original theater was built under a variety of constraints—such as building height restrictions and a high water table—limiting its potential. While not an ideal space, the theatre was in use until 2000 when the new Goodman Theatre opened in the Theater District on Randolph and Dearborn. AIC does not own much land so the northwest corner of the main plot was the only logical choice for a large expansion.

With all of the emphasis on incorporating new media into the museum (the new galleries include spaces for video, photography and installation), the Art Institute missed an opportunity to salvage the Goodman and provide a permanent space for performance art. Although building around the theatre would be more costly than getting rid of it, it is unfortunate that an historical piece of Chicago will be destroyed. Professor Nereim says, “It is just a shame that the basement level lobby and theater by a famous local architect were not saved by Piano in his scheme. I don’t think he respects those local historical conditions enough. I believe a building just as good could have been made while saving those historical parts of Chicago.”
There are students who feel the same way. Sophomore Kirsten Larson called the removal of the theater “sad,” and said that it’s “important [for architecture] to have a relation to the city.”

Despite the removal of the original Goodman Theatre, the expansion is widely heralded as a necessary and long-awaited step forward for the Art Institute. The building has many admirable goals: to connect the museum with the city, to expose more visitors to arts education, and to be environmentally responsible. It will be an exciting time around SAIC when it opens, and the school will be better off with a better museum.

Models, blueprints and other information concerning the new addition are featured in the Art Institute’s ongoing exhibition “Zero Gravity: The Art Institute, Renzo Piano, and Building for a New Century.” 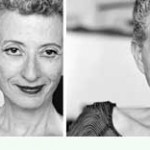