Hélène Cixous is one of the best-known French feminists of the 20th century. The feminist title somewhat overtly lumps her into a category of women who are unfairly referred to as “man haters,” but this category’s members have become increasingly more difficult to read as the term itself has lost momentum.

She emerged in the late 1960s in Paris as a radical writer and theorist for the Women’s Press and has since published widely. Her works include 23 volumes of poems and six books of essays. Cixous is also known for her work in the theater.

Cixous also founded the Centre d’Études Féminines at the Unversity of Paris VIII, to offer the first feminist doctoral interdisciplinary program in Europe. It was unique in that it crossed the line between literature and philosophy as well as different languages and disciplines that were typically considered strictly academic. Her late colleague and friend, Jacques Derrida, called her “the greatest living French writer.”

Cixous’ approach towards deconstruction brings into consideration what she calls the poetics of sexual difference in language. She is perhaps best known for her work The Laugh of the Medusa (1975), in which she questions the absence of the female voice throughout western tradition, by linking the female absence to the concept of mind and body separation throughout much of western history. Cixous explained, “Our sexuality and the language in which we communicate are inextricably linked. To free one means freedom for the other, and to write from one’s body.”

She explores the possibilities of the relationship between gender and writing by employing a deconstruction of the “phallogocentric” system. This is a system that is based on the idea that binary opposites, like good/bad, male/female, and speech/writing, point to the first term as always being privileged over the second. Adherence to this system thus furthers the mind/body separation since, to enter the symbolic language of writing, one needs to separate from one’s body.

Cixous’ writing is deeply personal and often poetic in form, straying from the “academic” writing of a literary critic. In her October lecture at SAIC as part of the Visiting Artists Program’s “State of Art Criticism” symposium, Cixous presented the idea of translation as a state of constant arriving; languages in translation are only points of reference, creating a whole new body of translation, which is of its own. She likens this idea to that of a city on the horizon, a location that is always seen in perspective, which is invisible right beneath our feet.

To Cixous, as to many deconstructionists, the question of location is difficult. In Cixous’ poetics of sexual difference, the location of meaning is always between two or more opposing terms. It disappears, becomes deconstructed, and then the only thing which remains is its translation—a sort of documentation of our travels.

As she writes in The Laugh of the Medusa, “Censor the body and you censor breath and speech at the same time. Write yourself. Your body must be heard.” 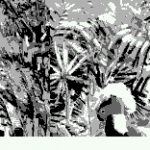