Joep van Lieshout and his work have both been frequently described as “challenging and humorous.” Speaking before an assembly at SAIC in mid-September, he did in fact challenge some and humor others.

Joep van Lieshout and his work have both been frequently described as “challenging and humorous.” Speaking before an assembly at SAIC in mid-September, he did in fact challenge some and humor others. He introduced himself to the assembly by requesting no formal introductions from the Department of Fiber and Material Studies, instead diving into his work, with an immediate laugh describing his mobile home unit, the title of which, roughly translated from French, is “Unit for Having Sex.”

Early on in his work you can see that the conventions of standard design, architecture, and rationality itself are called into question with his “fictional objects.” The dimensions of his work, as shown in “Slave Unit,” from 1999 (an addition to a lawyer’s office space) are not necessarily fixed on a foundation, but designed for the function for which they are intended.

Coincidences in architecture interest van Lieshout more than the standard models involving framework. When looking for a good shape for the ceiling windows of “Slave Unit,” he was inspired by a recent automobile accident he had where only the floorboard mats survived, and used their outlines as templates for the shape.

Despite having always disliked museum architecture, when called on to design the bathrooms for a Rotterdam museum he took the challenge. He designed a “clip-on,” or what he refers to as “a penis penetrating the museum,” where each testicle was a toilet. But unlike his mobile units, which require no permit and could be designed according to his rules, museums have standard operating procedures which have to be followed, including issues of health code restrictions and a strict door minimum. But van Lieshout claims he always finds a way to subvert imposed restrictions and profit from compromise. So his museum bathroom featured doors that could disappear into the walls, making it unisex and completely open.

Van Lieshout admitted that he felt somewhat corrupted in designing a Mobile Arts Center for Minneapolis, so upon agreeing to the project he made it into something he called “the good, the bad, and the ugly.” The mobile itself is the good and the bad, and a black cabin attached to the mobile home is the ugly. Inside this disturbingly dark house is a completely wooden interior inspired in part by the mythic qualities of Ted Kaczinski. The downstairs mimics an area for making bombs, and the upper level is reminiscent of various stations used to perform experiments on children. Of course, the only people aware of this subtle subversion were the ones who knew better than to take it too seriously. Certainly the people funding it had no idea what inspired it. The shapes and colors of “the good and the bad,” van Lieshout said jokingly, were conducive to what he felt “children and poor people might like to look at.”

Following this was the “Autocrat” series, focused on self-sustainability. These “survival wagons” hearken again to primitive lifestyles, perhaps inspired by the Unabomber’s reclusive lifestyle and habits. During this time van Lieshout studied butchering and preserving pigs, which he considers a dying art. He believes that since the advent of modern day meat-packing, the art form of butchering has been disappearing. The functionality of mass production slowly overtakes all things in this manner, he remarked.

Explaining that unlike the United States, every square inch of Holland is designed and planned meticulously, van Lieshout showed plans for a Dutch village community. The proposed village would be situated on an island of reclaimed land, requiring that all inhabitants be idealistic and willing to die for their ideals (as evidenced in the drawings of a gun-toting daily life.) The main sources of income for the village would be weapons, drugs and prostitution—illegal things that are, for the most part, frowned upon. This was his proposal for a free state. He offered a plan to blow up the bridges and start his own autonomous collective, but officials politely declined the offer.
“You must start with weapons or you are not taken seriously,” he told the audience, showing an image of him and his associates, younger and more idealistic, sporting automatic weapons. An image he refers to as the ideal bedroom of the freedom fighter shows a chemical lab in one corner, a workshop where they make their own alcohol and medicine in the other, and a trio of naked wives piled in a luxurious circular bed.

Atelier Van Lieshout (AVL) is van Lieshout’s current collaboration with designers, artists and architects to build habitats and “objects which are close to the heart of the person who makes them, who owns them.”
In 2001 he proposed the AVL-ville, which would be its own free state, open air museum, with little-to-no rules. He stirred up controversy by telling a local paper that it was a place of complete freedom, where “if you want to have sex with your dog, go right ahead.” This, of course, opened the place up to a host of scrutinous inspectors, animal rights people, and police. Van Lieshout reassured everybody in the audience, after the laughter died down, that to his knowledge no dogs were ever raped in AVL-ville.

They tried to make money for their free state by selling alcohol and souvenirs, and breaching new limits of the law before finally relocating their fund-raising souvenir shop to a boat, bypassing most restrictions. They designed their own flag and currency, with which van Lieshout wanted to revisit a sense of heroism. One-dollar bills were dedicated to weapons and bombs, five-dollar bills to alcohol, twenty-five dollar bills to sex and mobile homes, and hundred-dollar bills to food and farming.

The buildings and fences could be dismantled and reassembled in new contexts to accommodate animals and produce. They butchered and ate the animals, stuffed the skins left over and tried to sell them as art.

After a final run-in with customs officials, tax people, and police, van Lieshout decided to end the free state. He sold the concept as a franchise unit, selling compounds to private owners in France and Antwerp. Ending the free state, Lieshout added, was better for his artmaking because he could then spend less time with the bureaucracy inherent in such ventures and instead work on things free of the mess of rationality.

Lieshout has always had a love/hate relationship with design and art, and after AVL-ville, started making installations dealing with the group versus the individual and rationality versus irrationality. “SPORTOPIA,” for instance, was created with totalitarian regimes in mind. The first floor of the multi-level scaffolding sculpture was designed to mingle sex, scatology, and working out, while keeping the second floor community more regimented, containing evenly spaced Spartan sleeping quarters and a compost toilet (which fed into the lower level for the scat area.)

He went on to design a small concentration camp, fit to house 72 inhabitants (a number with vast implications to the Nazis), whose lives would be strictly regimented in an intensely rational manner. Their days would be broken down into strict segments: ten minutes to eat, a large number of hours for senseless busy work wherein they would file down large cut trees into sawdust, and so forth. This work marks the beginning of a rebellion against the limits forced upon him during his AVL-ville experiment, which at its core was an exercise in freedom and self-sustenance. In his new work he concentrated on discipline and rationality gone too far, focusing on the systems of which humans are a part.

In “Technocrat,” he attempted to convert methane from human waste into a consumable fuel for use in cooking, called BIOGAS. He instituted a set of large-scale installations centered around this, detailing the process required to convert the human feces, undiluted by urine, into BIOGAS. He designed feeders which would achieve maximum output, alcohol stations for every day of the week for placation, and so on.

Following this series, he made organ sculptures, in part because he has always been curious about why organs look like they do, how they might be designed on a large scale, and working with the idea of male and female reproductive organs.

A gynecologist saw some of his oversized, vaginal sculptures and commissioned him to make a similar structure with a mini-bar and bar-b-que. This commissioned architecture has a vagina trap door leading into a uteral bed area, with one ovary as the toilet and the other as a mini-bar, complete with refrigerator. Similarly, he constructed a “Bar Rectum,” where the large intestine was blown up to massive proportions so that it could be used as a lounge.

“I wanted to make things that referenced a certain function,” van Lieshout told the crowd, “I don’t like trends… It’s important to follow your intuition in art, and it’s also important to make blunders.”

One of his most recent projects returns to the idea of hyper-rationality gone mad. “The Call Center” is a darkly ironic urban design of a sustainable concentration camp, one which is almost completely self-reliant and environmentally friendly, requiring no extra energy from the outside world, utilizing solar energy, BIOGAS, and BIODEISEL almost exclusively. People in this system would also be recycled to produce energy. The plan calls for an 800 million euro investment, but would yield roughly 8 billion euro a year. Of the camp’s population of 5400, only 260 would be paid, the rest would be resident slaves of one sort or another in the campground, taking up only 25 square miles. It would have a main work area for telemarketing, an art museum, and a shopping district. Each slave house would contain 72 people in a unit. He makes special note that if any one factor in his design was altered, for example, if people were fed a different kind of food, housed in different structures, or assigned different jobs, then the space would change dramatically—the cost would increase and order would be lost.

“In my opinion, art is always a kind of mirror to society. I see the Call Center as [information technology]. Society will be much different in ten or twenty years than it is now, probably for the worse. You can already see [how individual freedoms are limited].”

The idea of a concentration camp, van Lieshout explained, is insanity masked as rationality. In most of his work there is a sense of order pushed to the edge of chaos, and chaos imposed upon by order. Be it laws or blueprints, his work struggles to maintain that the rational can be irrational, that laws can be wrong, and true freedom has nothing to do with a piece of paper.
When he is asked if he would ever do an AVL-ville in America, van Lieshout said, “It might be easier, actually. I mean, there are a lot of creepy guys with compounds already, right?”

“The point of my work?” van Lieshout said, “I like it, I have an urge, an obsession, I make something like this concentration camp work, and it’s not a crowd-pleaser, but basically I make the work because it cannot be stopped… The existential question which drives the work… you will probably never find the answer to that question. For art, I think, it is absolutely necessary that there are mysteries.” 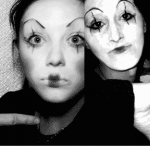