Something told me to turn on the radio. It was a lovely Saturday afternoon and all my intentions aimed outside. But something made me flip on NPR. I heard well-manicured voices talking about Pope John Paul II using the past tense. I went cold. I restrained myself from crying. Then I called my mom.

Something told me to turn on the radio. It was a lovely Saturday afternoon and all my intentions aimed outside. But something made me flip on NPR. I heard well-manicured voices talking about Pope John Paul II using the past tense. I went cold. I restrained myself from crying. Then I called my mom.

My family was Catholic. And, since I come from a rural area that suffered from a limited gene pool, my family is really about 60% of a 900-person town. There was one church, St. Mary’s Queen of the Rosary, the tallest structure on Main Street. While both of my parents were both raised with the strict pre-Vatican II, German Catholicism, it was through my mother that my picture of this religion came. My father was there to drag us to church and yell at us when we questioned its authority a little too loudly. But, it was a power structure that privileged his gender and he felt no need to explain why his troupe of sassy, smart girls had to learn to stifle their intelligence. That task he left to my mom who already had a lifetime of practice.

It was my mom who brought the rituals into our home. She made hot cross buns for Lent and had us bless food for Easter. As she kneaded dough we’d talk.

A 3-foot “Christ the King” figurine (a ceramic doll of a white skinned, chubby, beardless Jesus wearing lacy robes) sat on top the “glass cabinet” (where my parents kept their liquor). I knew there were 2 things that would definitely get me yelled at. One was playing with the “Jesus doll” and the other was messing around with the fascinating liquids inside the glass cabinet. I worked around both of these limits since Barbie was more interesting than Jesus and the most fascinating liquid in the house wasn’t in the “glass cabinet” at all; it was under the kitchen sink.

Mom retained some of the strict liturgical habits that she had been raised with that we, arriving in this Catholic world after the second Vatican council in 1962, were not being taught in CCD and did not understand. Why does mommy hit her chest when the priest says that line about sin? Why does mommy crossing herself when no one else in the church is? Why does mommy stay in the church on her knees after mass is over and everyone else has left? Why is she being different? Doesn’t she know that the kids on the school bus are totally going to pick on me over this?

My mother’s Catholicism gave her a limited set of tools. With these her instructors intended her to build a rigid life in a world suspended in Dark Age thinking. But the 20th century world changed too fast and its horrors left followers begging for new guidance. The church’s attempts at sweeping reforms in the 1960’s ripped away the rigid structure of mom’s world. I can only imagine that feeling to be something like I experienced when told there was no Santa Claus, but multiplied times a hundred. By the end of the 1960’s, when she needed support the most, my mom’s tools for living were feeble antiques.

Another tool for life, forged from frustrated dreams, was her mighty anger. She had plenty of reasons to be angry. In 1962 she was an independent woman with a car and a job as a secretary (pretty good for a woman back then). I don’t know if she wanted to marry or if, at 23, she was feeling pressured to do so before it was “too late” and my dad simply kept bugging her. Twenty-three is too young to give up one’s independence.

As I got older most of my conversations with mom happened in the car. One Sunday morning she got behind the wheel to drive me home from church and asked why I had stopped taking communion during mass. I’ve never seen her more angry, shocked and terrified than when I replied by telling her I didn’t want to be Catholic. There was no changing my mind. After threats of being thrown out of the house, my feet did walk up the aisle to have the Bishop put oil on my head and confirm me as Catholic. “Go ahead, make my body go through the motions, but I refuse believe.” Of all the life tools she tried to pass on to me, I had picked up the angry one.

I let myself be angry for a long time and it led me into all sorts of wild beliefs and crazy places.

At first I was a born-again Christian. After alienating enough people with that I moved across the state and got into astrology. For a while I was a witch. I read many books about various religions. I reached a point where I figured I’d studied enough to disprove the existence of any deity. That done I could at last exorcise any fear of eternal repercussions and conduct myself as I pleased. The only spirit that I kept from my childhood was my friend from under the kitchen sink, Jack Daniels.

My conversations with mom became pretty different. I tried fixing her life by barking over the phone from my big important job. She was horrible at taking orders and never followed my suggestions the way I thought she should.

I’d see news of the Pope traveling the world, always waiving his hand to crowds of adoring fools. I really didn’t care what that old fart was up to. On the day he was ordained in 1979 my mom wanted to watch his ordination on TV. I changed the channel so that I could watch Batman. My respect for the man never grew beyond that level.

One day I sat in my classy bar on a fashionable street with my Jack Daniels in front of me and I knew it was time for a new god again. I looked at that glass and knew its contents would not change a blessed thing. I wouldn’t feel any better for communing with it and my world would still be a set of situations that disobeyed my control. The Church of Whiskey had turned me into Sisyphus, always pushing the rock uphill and watching some nincompoop let it roll back down. I couldn’t help but take in that spirit. There sat god in a faceted glass on a mahogany bar. In my head I shouted “I want to come home”. Then, I drank up.

Nothing in my life changed that day. Maybe nothing changed that week. But within a few months I was on a slow train out of the fog.

I tried meditating. A friend of mine lived in a Zen center and encouraged me to come “sit”. As she oriented me around the center I was brought into the meditation room and instructed. Enter the room, bow to the Buddha. Find your cushion, bow. When you stand, bow. When you leave the room, bow. Little liturgical alarm bells went off in my head. HEY NOW! I didn’t move away from one set of goofy rituals just to adopt another. Then I thought, maybe, if there was value for me here, bowing to the Buddha in all beings, maybe there was value in the rituals that I had grown up with. Maybe I missed something?

This happened around the turn of the millennium. The Pope was globetrotting trying to make amends for the sins of the church toward racial and religious groups that it had historically persecuted. It may have been only a gesture but I remember thinking, “Wow, the old dude is trying, not bad.” A Catholic priest asked me to do some design work for him. He needed a logo for his program, “Landings”, which reintroduced lapsed Catholics back into the church. I found that I could tolerate mass at his church. I didn’t go running back to Catholicism. But as I sat there I realized the beauty of ritual and felt an absolute joy in the room.

Did it matter who had done what to whom in which century? I was the one carrying anger and it served me poorly. The tool I picked up had proven to be a weapon. Is there a God? Well, there is a way things work. Gravity does its job, water flows down hill, grass grows, Earth turns, and Sun shines quite without my telling them to. All I have to do today is not insist on having my own way.

I had a conversation with mom one day while waiting for my flight. She told me she was disappointed that none of her children had continued with the faith she’d given us (we currently number 2 born-again Christians, one agnostic and two people of devoutly nebulous spirituality). The only comfort I could provide was to say that I don’t see myself as abandoning anything but as having used it as a foundation to build my own beliefs.

So, on April 2, I heard news of John Paul II’s passing and called mom. Something had told her to turn on the TV at about the same time. I just didn’t want her to be alone because I knew that to her the Pope mattered more than Batman. He represents something precious buried in our hearts. That wee spot deserves respect. That spot ties me to my mother and to people all over the globe who’ve tackled similar questions, maybe felt the same anger, and let that anger clean out a place where we could build our own beliefs and had let ourselves come home. 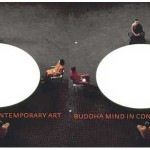 Writing is an art too: avenues for writing