In these five shorts, the Dutch video artist Hester Scheurwater sets the camera, and thus the viewer, up as a voyeur of a violent and sterile world. In each piece, we are witness to a female figure who seems almost like a grotesque doll, and whose space is continually violated by the camera. Each piece contains a solitary woman whose face is obscured partially or entirely by her hair while her body is exposed. A certain brutality has taken place or is in process by the time we enter. Scheurwater’s women are devoid of voice, devoid of identity; devoid of clothing except for sexual costume–black lingerie and/or high heels, heavy makeup that looks more like bruises than beautification, and devoid of shelter from our continual gaze and exploration. This is a powerful and macabre exploration of disconnection and isolation, and of woman as object. 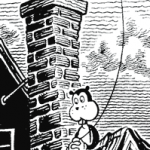 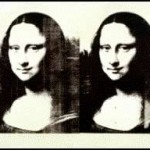