As sexually active young people today, you may wonder, are you really safe? The answer is: probably not.

As sexually active young people today, you may wonder, are you really safe? The answer is: probably not. Putting aside all the rhetoric that comes from the groups that preach abstinence only, not based on science or psychology, but on fear and threats of hell, there is a great deal of disturbing research by reputable organizations that suggest there has not been nearly enough scientific study on the reliability of condoms to protect against STDs. As little accurate research as there is about STDs and condoms, there is far less about women, STDs, and condoms. I guess disease, or maybe just science, can be sexist. Even scarier, studies suggest that young people today do not practice proper condom use.

Yes, there is such thing as proper condom use. Things like leaving enough space at the end of the condom in order to provide room for the semen, using a condom before any penetration occurs, and NEVER using Vaseline or anything else that isn’t water-based as a lubricant.

While condoms are still the best-proven protection for sexually active women and men to prevent against STD infection, they may not be as effective as people think. “I primarily use condoms to protect against knocking the girl up,” says an anonymous 25-year-old SAIC student. “STD prevention is secondary, but I assume I’m covered if I use a condom.”

If people really are concerned about STD transmission, why hasn’t more research been done to verify what condoms really protect you from? And why hasn’t more been done to come up with other, even better, forms of protection from STDs? (My theory is that conservatives are too busy repeating, “Abstinence, abstinence,” and liberals say “Don’t knock what we got or the conservatives will take it away,” that no one has shown enough interest to actually find out what condoms do and how they could be better.)

With the advent of the AIDS crisis and the significant public attention to that STD, condom use has been on the rise. As more people rely on condoms, not just for protection against unwanted pregnancy, but, also, for protection against unwanted diseases, there has not been a proportionate increase in effectiveness of condoms against disease. In fact, there has been remarkably little research on condoms and STDs at all.

Adolescents and young adults are the age group most at risk for infection with HIV and other STDs. Approximately 15 million new sexually transmitted infections occur annually in the U.S. Many STDs do not exhibit noticeable symptoms, at least at first, but they can lead to pregnancy complications, miscarriage, infertility in women, and, in the case of the human papilloma virus (HPV), cervical cancer. Also, having a seemingly benign STD can promote HIV transmission by augmenting HIV infectiousness and HIV susceptibility. There are no marketed microbicides or vaccines (with the exception of hepatitis B vaccine) for the prevention of STDs.

One of the scariest parts of studying STDs is that women are more susceptible to contracting STDs and are less likely to use condoms. Maybe even worse, there has been comparatively little research on women’s health and STD prevention. For instance, whereas it is known that condoms can protect men from diseases such as gonorrhea, the research is slim, and not as convincing, for women.

An anonymous 25-year-old SAIC female student says, “I was on the pill for awhile and the ring also and the hormones messed with me. I use condoms so I don’t alter my body too much. Condoms seem like an all-around pretty good idea. I assume, though, that the most common STDs are transmittable with or without condoms, but I use them anyway.” Not all women are as well informed or as pro-active about condom use as this young woman.

Despite the rise in condom use among young people, young women are still less likely to use condoms than their sexually active male counterparts. Reported condom use between 1991 and 1997 rose from 55 percent to 62 percent for males and from 38 percent to 51 percent for females according to the Youth Risk Behavior Survey of youth in grades 9-12 by the National Survey of Family Growth.

Surveys suggest that much of condom use in young people is for STD protection. A 1990 re-interview of participants in the 1988 National Survey of Family Growth assessed the reasons for condom usage in a representative sample of 932 sexually experienced unmarried women (aged 17-44). In this group 41 percent reported using condoms for protection, at least some of the time, against STDs; 18.5 percent reported “every time” use.

Since the ’80s the largest increases in condom use have been among young people. But do young people really know what condoms are and are not protecting them from? Condoms are proven to protect against HIV and gonorrhea in men. For most other STDs there simply has not been enough research.

Dr. Harold Oster, an infectious disease specialist at Scripps Clinic Medical Group and a popular doctor on ivillagehealth.com, says that “the herpes virus infection may be the least likely to be prevented by condom use because it can be spread by contact with skin not covered by the condom. Herpes virus also can be spread without any actual exchange of body fluids, before penetration. Similar transmission can occur with the viruses that cause genital warts [also known as HPV].” The evidence suggests that HPV can even be transmitted through digital stimulation (ie., fingers).

Studying the true effects of condoms and STDs is not easy. People’s sex lives vary. Even the NIH panel was simply asking one question, “What is the scientific evidence on the effectiveness of latex male condom-use to prevent STD transmission during vaginal intercourse?” And as little research as there is to answer that one question fully, there is far less about sex between two men or two women or about all the ways even a man and a woman can be intimate beyond just vaginal intercourse. You can technically be a virgin and get an STD.

There are things that can be done to get the maximum effect from condoms: following correct use is one of these. Using a condom every time you engage in any form of penetration or oral sex. Avoiding condoms with spermicide and other sources of nonoxynol-9 is another factor. The FDA believes that the damage spermicide causes to the outer layers of cells that line the vagina may increase the risk of contracting HIV and other STDs, especially for women.

In the end, condoms do help. A condom can prevent pregnancy and it can prevent death, but we can’t cover our whole bodies in a sheath. Sex is more than just penetration. Sex is touching, petting, playing. Sex can involve more than just a vagina and a penis; it comes in many configurations and can involve many other body parts. Condoms alone can’t protect us from all the ways we as humans can find to be intimate or that diseases can find a way to procreate. However, as participants in sex and as consumers of “protection,” we need to begin to demand more research and more options. It is not just men and women having sex missionary style and we aren’t just trying to prevent pregnancies when we use condoms. We need contraceptives that can meet the changing needs and desires of young people.

Uncategorized STD’s and Condoms: Are You Really Safe?
« Previous Story 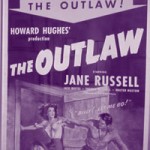 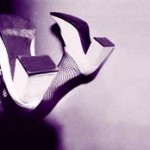