Even though he was something of a celebrity in his own lifetime, I don’t think that I am alone in my generation as being someone only vaguely aware of Alfred Kinsey, until Hollywood recently put him on the radar. Despite this, he changed the way that my peers and I talk about sexuality–even that we talk about it at all. 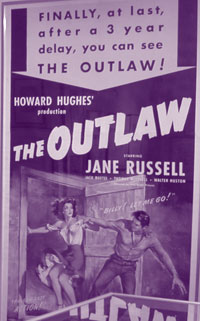 Even though he was something of a celebrity in his own lifetime, I don’t think that I am alone in my generation as being someone only vaguely aware of Alfred Kinsey, until Hollywood recently put him on the radar. Despite this, he changed the way that my peers and I talk about sexuality–even that we talk about it at all. Modern life is filled with sexualized imagery, as sex is used to sell everything. The Kinsey Institute of Sex, Reproduction and Gender in Bloomington, Indiana, houses an art collection that provides a unique opportunity to trace through time the imagery that we all see today.

In 1959, after Kinsey’s death, colleague Paul Gebhard wrote a biographical sketch of Kinsey. “As the initial controversy dies down, the value of Dr. Kinsey’s work not only to science but to humanity is becoming increasingly evident.” Gebhard underestimated the ability of the American public to stay angry. Despite a comfortable margin of forty years from Gebhard’s writing, the Kinsey Institute is still a subject of criticism and attack. Perhaps there would be even more controversy, but the Institute has had a low profile. Curator Catherine Johnson-Roehr, although working to increase the profile of the collection, said that it is a benefit to be relatively hidden on the Indiana campus so that those on a crusade against them can’t actually find the building. In order to find it you need to know where to look.

During my own visit to the Kinsey Institute I asked to see the items categorized as “Child Art.” One of the objects was a handmade book. On the cover, in a childish hand, were the carefully lettered words “Space Magazine,” accompanied by colored drawings of rocket ships floating through space. On the very next page was a nearly blank sheet and written in the same hand the words, “Nude Magazine.” This child had written a vaguely amatory story and illustrated his text with drawings of genitalia. Each drawing was captioned by what the child felt was the appropriate name, such as “Tids,” under what appeared to be a drawing of breasts. This small book brings sharply into focus two things about our view of sexuality. One, that even before we are sure that sex exists, or understand the exact mechanics of it, we burn with curiosity. And two, we know that this information about sexuality should be kept a secret. Whether spaceships or propriety cloak our curiosity about sexuality, most of us keep our interests to ourselves. As the Kinsey Institute balances between aesthetics and data, morality and passion, science and art, the collection in many ways becomes a microcosm of society’s approach to sexuality.

Through my visit to the Kinsey Institute and interview with curator Catherine Johnson-Roehr, it is my impression that the art collection and the Institute escapes many of the trappings of contemporary exhibition practice. The artwork has more to say about the nature of our society. Dr. Kinsey, who founded the Institute that would later bear his name in 1947, felt that erotica was a key to understanding both the “persons who produce them or the public which consumes them.” Certainly these erotic materials have a lot to reveal about the public that represses it. The swiftest way to unmask a person’s morals, faith, and beliefs is to ascertain his or her thoughts on sex. Thus, the public reception to the Institute since its inception has certainly influenced the evolution of the art collection. With only the stipulation that the art must be about sexuality, reproduction or gender, the Institute develops into the twenty-first century, continuing to accept donations of artwork. The Institute still finds itself subject to controversy. 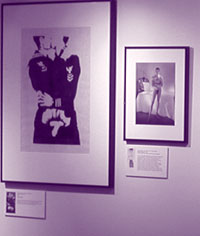 Dr. Kinsey began his study of sexuality when he was inspired by his students’ questions in a marriage class he was teaching at Indiana University in 1938. At that time, Kinsey was studying gall wasps and had tagged millions of them for a book. Although Kinsey’s study of sexuality began in a particularly repressive era, it was fortuitous timing nonetheless as the University president at that time was Herman B. Wells, who would prove a staunch defender of academic freedom. Kinsey was well on his way toward his 1945 goal of 100,000 interviews when his colleague, Paul Gebhard, suggested that they might study erotic art as well. The main purpose of this was to complement their data on sexual behavior obtained through interviews. Kinsey’s intent was that the art would remain solely for the use of researchers.

The Institute obtained works through donation and purchase. They also received works that had been seized by the police. In 1949 the Institute hired William Dellenback as a staff photographer. Dellenback, as Gebhard before him, spent a lot of time making photographic copies of other works. From the beginning the art collection was plagued by a lack of funds, with the slight exception of the period of time just after publishing Sexual Behavior of the Human Male. By the time the second volume, Sexual Behavior of the Human Female, was published in 1953, the Institute’s collection held 16,000 works of art. This collecting was disrupted in 1950 by what would become the U.S. vs. 31 Photographs court case, when a shipment of erotic material from Denmark was intercepted by customs in Indianapolis. The Indianapolis Star ran the headline, “Science, Says Kinsey: Dirty Stuff, Says U.S.”

Kinsey, and the Institute, not only preserved the culture that might have been lost from the middle of the century by collecting novelty playing cards and bizarre condoms, but he also seemed to preserve the artists. Reading his correspondence archived at the Institute, I came to the conclusion that many people seemed to be writing to him as the only person who would have sympathy or at least acceptance of them. One of these was George Platt Lynes, well-known fashion photographer. He considered his best work to be his male nudes, but never exhibited this work. In the later years of his life, when the IRS had confiscated his camera and Lynes was destitute, Kinsey paid him to make prints for the Institute, eventually over 500, and purchased 1700 negatives. Later when Lynes became ill, he destroyed many of his remaining prints and negatives, fearing that the work discovered after his death would be misunderstood and ruin his reputation. The existence of this work in the Kinsey collection serves as a reminder that the judgment of society was and is harsh in matters of sexuality.

Today the Institute houses 70,000 photographs and other works of painting, sculpture, photo albums and ephemera from popular culture. Artists in the collection include Rembrandt, Picasso, Matisse, Cadmus, Lynes, and Judy Chicago, not to mention thousands of amateurs. The collection is cataloged by content, such as “fetish,” “heterosexual petting,” or “tattoo.” Paul Gebhard wrote a guide for use at the Institute, breaking the images down even further by measuring the angles of the figures depicted and their relative positions to each other.

It has been relatively recent that the art collection began the evolution from artifact to artwork. As of 1982 the collection had no curator. In the mid-90s the Institute began putting art in a very small gallery among its offices. The collection became further valued for possible aesthetic traits in 1997 with The Art of Desire, the collection’s first major show. Drawing positive attention to the Institute is the main ambition of the current curator, Catherine Johnson-Roehr, and to that end in recent years they have published several volumes of artwork from the collection. All of the collections are carefully compiled as an eclectic mix of novelty and fine art, and are geared to pique curiosity, stimulate discussion, but not to be frightening or intimidating. Although society is at a point in which we can observe this art, we must still feel a measure of protection from it. In the first catalog, Selections from the Kinsey Institute, former director June Reinsech makes note in the preface that no public money had ever been used in acquisitions and that for future exhibitions they would assemble a blue ribbon panel to decide what works would be suitable for the public.

Kinsey’s enlightened attitude toward sexual representation was and is rare. It seems at first glance our forefathers weren’t as repressed as we like to think. After all, this collection has survived. In reality, this collection is still here because Kinsey had the foresight to collect work that would likely be gone by now and he had some measure of protection in this endeavor from Herman Wells. Under any other set of circumstances in 1947, this work wouldn’t have survived. Eventually perhaps, the artwork will no longer be so insulated from the outside world and will be treated as a resource. [For information on images from the Kinsey Institute in the Flaxman Library, see Abby G.’s article Read ’em for the Pictures.

Photo courtesy of The Kinsey Institute for Research in Sex, Gender and Reproduction 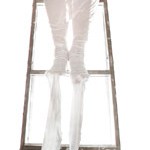