The Israeli-Palestinian conflict has a way of forcing even the most reasonable of people to choose sides and consequently ignore certain facts that prove problematic to their point of view. Ever since the second Intifada broke out in September of 2000, the polarization has intensified to the point where it seems impossible to find an accurate account of what is actually going on. How refreshing it is in this culture of extremes to see an attempt to cut through the rhetoric and achieve some sense of old-school journalistic objectivity.

Charles Enderlin does just this in his book Shattered Dreams. Enderlin is the Middle East Bureau Chief for France 2 Television and he has lived in Israel for over a decade. Chronicling the failure of the Oslo Peace Accords from 1995-2002, the story begins with the assassination of Israeli Prime Minister Yitzchak Rabin. From the start, Enderlin grabs our attention wuth his combination of insightful anecdotes and revealing interviews. The presentation of facts is handled in a way that is engaging without being overbearing and it succeeds in maintaining a sort of rare objectivity that is not detached. The description of Rabin’s assassination, for example, is moving without being sentimental, and, more importantly, its tone doesn’t compromise the integrity of the report. Having lived in Israel during the years described in the first part of the book, I found reading it to be a profoundly educational experience. I have personal memories of Rabin’s funeral in Jerusalem and the events surrounding it, but reading Shattered Dreams took me from my own subjective emotional responses to a more measured understanding of the events.

Yihiah Ayyash, otherwise known as “The Engineer,” was the head of a Hamas Commando unit and had organized a number of suicide bombings against Israeli civilians. Almost immediately after the Rabin assassination, Israeli Intelligence found him hiding in the Gaza Strip and assassinated him by rigging his cell phone to explode. Hundreds of thousands of Palestinians took to the streets for his funeral. Among these were members of the Palestinian Authority, including Yaseer Arafat himself, offering their condolences to the Engineer’s family. I remember watching this on TV and wondering, for the first time, whether the Palestinian people really wanted peace. For if they did, how could they support such a hate-monger? What I was entirely unaware of at the time, but have subsequently learned from reading this book, is that Israeli Officials were in contact with Palestinian Authority (P.A.) officials prior to the attack and they actually talked to each other about whether or not to go ahead with this planned assassination. In the end, Enderlin tells us that Shimon Peres and his advisers thought that it would be too risky from a political standpoint to forgo the operation, because if Ayyash were able to carry out a suicide bombing before the upcoming elections, Benyamin Netanyahu, the opposition leader, would be able to say that Peres did not acted when he had the chance.

Ayyash assassination was the beginning of a chain of events that would ultimately lead to the end of the Oslo accords. Following the massive funeral, Hamas retaliated in a series of brutal suicide bombings (one of which I myself narrowly escaped) in Jerusalem. Once again, my memory of how things happened is challenged by Enderlin’s broad understanding of the conflict. If I were to narrate the events of the first half of 1996, I would say that Peres lost the election due to the horror of the suicide bombings and the effect they had on Israeli public opinion. Under the circumstances, it made sense for the Israeli public to elect Benyamin Netanyahu who promised the security that they so craved.

This is, in part, true. Immediately following Rabin’s assassination, the Left in Israel was very strong and the suicide bombings did hurt them at the polls. However, it was not this specific bombing alone that lead to Peres’ defeat. The entire Arab-Israeli community, who would have without a doubt voted for Peres, boycotted the elections in protest of the horrible tragedy at Kfar Kana, where around 100 Lebanese civilians died due to the gross negligence of the Israeli Army. The 1996 election was the closest in Israeli history and had the Israeli Arabs voted, Peres could have won.

One of the most astounding and tragic aspects about Enderlin’s account is just how close Barak and Arafat’s negotiation teams had come to actually concluding an agreement. All of the cards were in place: President Clinton, who was on his way out of office, wanted to ensure his place in history as the President who had ended the Israeli-Palestinian conflict. Barak’s team was open-minded enough to consider creative solutions to the refugee issue as well as the issue of settlement evacuations. Arafat’s team was beginning to be flexible on many of the core issues as well. So what went wrong?

Shattered Dreams is not a book of interpretative historiography. Enderlin does not tell us what went wrong. He blames neither Arafat nor Barak for the ultimate failure of the peace accords. He shows us how things went wrong and the order in which things occurred. We are presented with the facts and we have to make up our own minds about what happened and why it happened. One of the interesting things that I took away from this book was that it is not always the grand-narrative conflicts that lead to the failure of negotiations. Often times, it is the little things, like unfortunate coincidences of bad circumstance. Prior to reading Shattered Dreams, for example, I was convinced that the issue of the Palestinian refugees would have been the most difficult issue for the Israelis in negotiations. After all, the Right of Return, even in theory, threatens Israel’s raison d’ˆetre —its “Jewish character.” As it turns out, the refugee issue was one of the easiest and least contentious on the table at Camp David. On the other hand, an issue that I would have thought relatively minor, like sovereignty over the Temple Mount/Haram Al-Sharif, the negotiators on both sides were staunch secular nationalists, turned out to be the biggest issue of all.

Having read the book, I feel that I do have greater insight and a better understanding of how the events transpired, even during the years that I lived in the region. But more significantly, I feel like I can approach this issue once again as a mature adult. It is so rare to find a treatment of the conflict that is not either an exposition on the evils of the Israeli occupation, or a depiction of Palestinian inhumanity, both approaches of which I find to be insulting to my intelligence. The brilliance of this book is that it does not give us easy answers. There is no one person, or party, or ethnicity, or religion that is to blame for the tragedy that is the Israeli-Palestinian conflict. It is a complex and multifaceted conflict that resists simple explanations.

I know that many people will read this book and find within it a justification for their own partisan politics, be they “pro-Israeli” or “pro-Palestinian.” Nevertheless, Charles Enderlin has not given these people an excuse to do so and for this he is to be congratulated. Shattered Dreams will serve as a bible for any future leader who wishes to end this century-long conflict. Let’s hope that the right people have already read it. 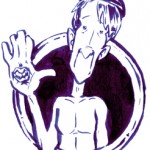