Facing the monster of identity politics

Facing the monster of identity politics

So what is ‘identity politics’ and why has it become such a bad word? The confrontational nature of much of the art of the 1980s that addressed racial, class and gender inequities by such artists as Karen Finley, Barbara Kruger, Adrian Piper, Gran Fury, and Lorna Simpson, to name a few, has been lumped into a part of our recent to some, but distant to many, history of political correctness. The Reagan Era, especially as encapsulated by the 1990 “Decade Show” (simultaneously held at the New Museum, The Studio Museum in Harlem, and the now defunct Museum of Contemporary Hispanic Art) was a time when art-making seemed to be all about activism, or liberal diatribes, depending on your point of view. In the 1990s, utilizing satire which was so dear to many of the ’80s artists, both mainstream popular culture and the conservative right assured us that most inequalities were things of the past. Critics in turn, considered less overtly political work non-political work. 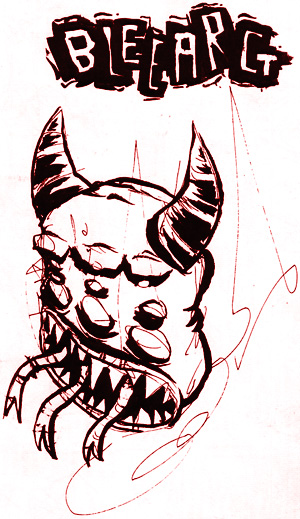 By coining and misunderstanding such enigmatic phrases as “post-black,” “post-feminist,” and “post-queer,” some critics have held a funeral for identity politics, though only a handful of artists attended. In all fairness, when Thelma Golden in 2001 dubbed some contemporary work by black artists “post-black” in the Freestyle exhibition catalog for Harlem’s Studio Museum, she DID qualify this term: “It was characterized by artists who were adamant about not being labeled as ‘black’ artists, though their work was steeped, in fact deeply interested, in redefining complex notions of blackness. In the beginning, there were only a few marked instances of such an outlook, but at the end of the 1990s, it seemed that post-black had fully entered into the art world consciousness. Post-black was the new black.”

It has been subsequent eagerness on the part of others to interpret the term as a declaration of the “end of race” and therefore, any dialogue about race, that has caused such a stir. The same motivations have ushered in the scholarship of eye-rolling regarding the political “dinosaurs” of the last millennium, such as feminism, gay rights, and labor movements. Since when did this pesky prefix mean the end of anything in the art world? Postmodernists do not ignore modernism, they acknowledge its existence and proliferation into mainstream culture and start from there. Of course, artists continue to ponder the many dimensions of the relationship between the personal and the political through the age-old tensions between the private and the public. The increased acceptance of installation and performance art outside and within the academy definitely means this dialogue will continue. When William Pope L. stops traffic in Manhattan to drag himself clad as a superhero through its streets, and Krzysztof Wodiczko reconstructs national memories by projecting photographs of ignored or erased communities onto museum facades, art about identity politics reaches beyond the grave of its naysayers to a much larger public.

As the effects of the one-two punch of multiculturalism and multimedia have saturated the contemporary (art) world, the critics’ and art historians’ overt attempts to label the latest trend, to call out the current or future movement have become more and more futile.

What has happened to the neat, contained “evolution” of Modernism and Postmodernism’s movements that presented, according to our textbooks, a clear trajectory of one movement responding to another: abstract expressionism to social realism, pop to minimalism, performance and conceptualism to most ‘isms’ of the academy, and so on and so on? When the death of painting and its revival, or “traditional” sculpture and time-based art coexist in the same moment, maybe even in the same artist’s oeuvre, what is the future survey to do? Probably implode or just eschew linearity for parallel narratives.

Looking at the scholarship being written about art from the twentieth century, “outing” the complexities of identity of everyone from Clement Greenberg to Thomas Eakins reigns supreme. “Identity scholars,” such as Lucy Lippard, Richard Meyer, Coco Fusco and Griselda Pollock, continue to churn out texts for this aspect of art history. The interest in exploring the motivations of past artists and those of their audiences can only be attributed to the preoccupation of such concerns for today’s art scene.

The collector’s statement is fast becoming as significant as that of the artist. The critics thought they killed identity politics but it never died. Slightly less vocal, and a bit more ironic and subtle than its more belligerent self in the ’80s, it shuffles unrelentingly through the galleries, museums and biennials like a zombie. The ability of many contemporary artists, such as Ellen Gallagher, Kiki Smith, Mona Hatoum, Yinka Shonibare (and many of the Young British Artists) to explore both high formalist and political concerns to their fullest in a single work defies much standard categorization. Many politicized artists of today are also diehard aesthetes. Seduced by their materials, viewers sometimes feel betrayed by their messages. The truth is that work that addresses points of view other than its viewer forces some self-reflection that, well, just isn’t always comfortable.

Our new-fangled, ultra-hip, globalized, twenty-first-century selves would be so relieved if indeed we were “post-identity,” then we could all shop at Banana Republic™ (or Art Chicago™) and be done with it, but it is the very expansion of our diversified experience that compels so many of today’s artists to reassert their individuality and question the essentializing tendencies of the ubiquitous global sound bites. It is the rampant commodification of identity, of things people used to call their own, that will continue to reanimate this discourse among artists of today and of the future.

Do iraqis have freedom of speech? 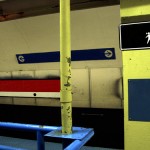