Kenji Davenport is reunited with an old friend he thought was dead until just now. 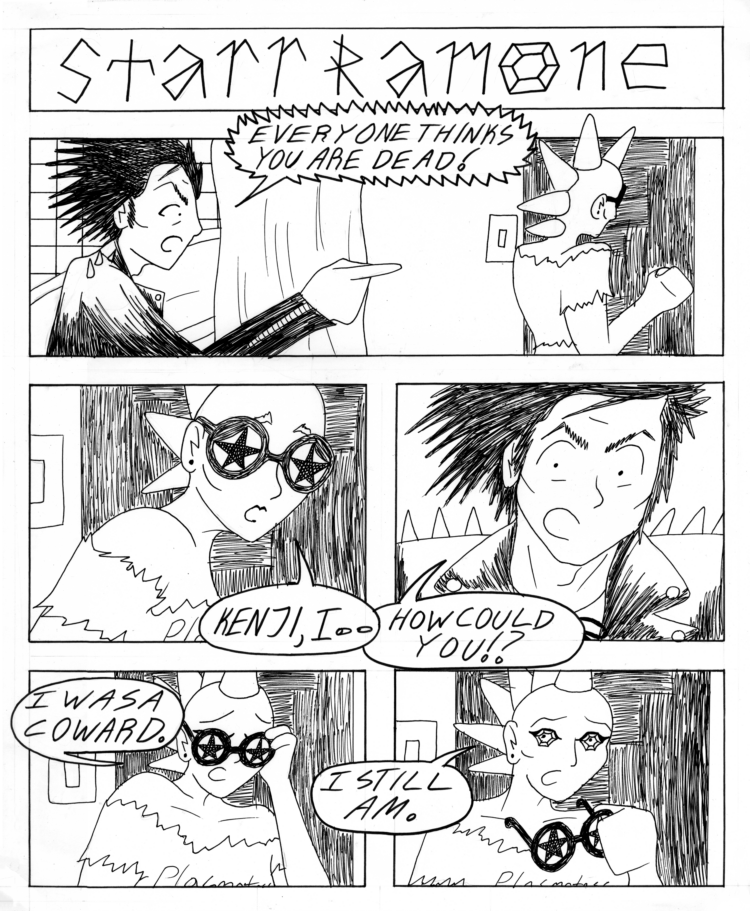 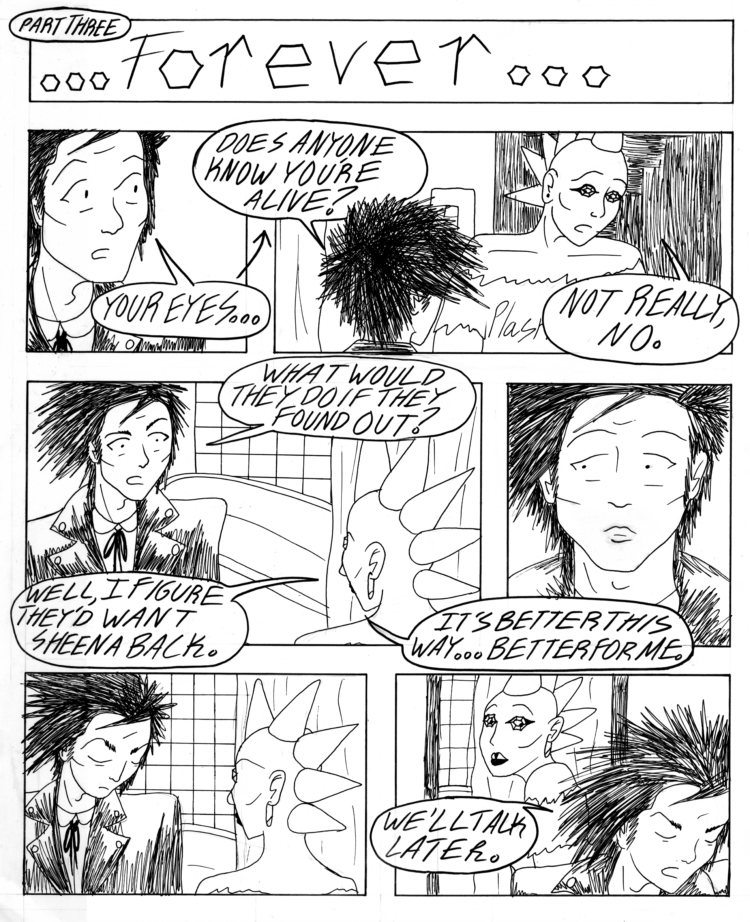 Panel 1. KENJI DAVENPORT and STARR RAMONE stand in the bathroom. Starr closes the door behind them, with her back turned to Kenji. Kenji says, “Everyone thinks you are dead!”

Panel 2. Starr looks over her shoulder. She says, “Kenji, I–“

Panel 3. Kenji is furious, shouting, “How could you!?”

Panel 4. Starr takes off her glasses, with closed eyes. Starr says, “I was a coward.”

Panel 2. Kenji grows sympathetic, talking to Starr. He asks, “Does anyone know you’re alive?” Starr admits, “Not really, no.”

Panel 3. Kenji furrows his brow as he and Starr talk. He asks, “What would they do if they found out?” Starr says, “Well, I figure they’d want Sheena back.”

Panel 4. Close up. Kenji looks at Starr with wide eyes. Starr says, “It’s better this way…better for me.”

Bad Parable – Butch in a Dress