A new Christmas tradition brought to you by Netflix.

Netflix has a roster of completely insane Hallmark movie knockoffs that all fit a very undefinable category. Most include the wealthy/royals falling in love with the poor, and some sort of twin switching, amnesia, time travel, or misidentified person sitcom- style nonsense that the audience is just supposed to go along with. It’s also important to note that none of these films actually need to take place at Christmas, and they all struggle to adequately feature Christmas as part of the plot. Their commonality as films is that they are all trying to be genuine while also expecting the audience to believe some unbelievable plot points that undercut any deep emotional impact we’re meant to relate to. If you could enjoy “Glee,” you could enjoy this. 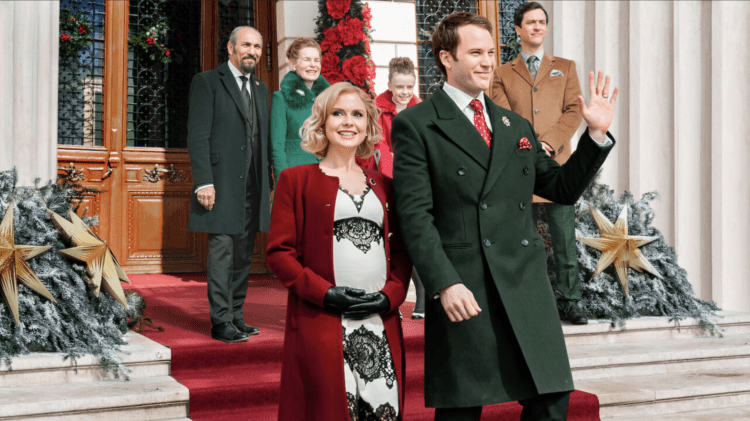 Still from “A Christmas Prince: The Royal Baby” (2019). Image courtesy of Netflix.

The “Christmas Prince” trilogy is the start of these insane films. The first film has the most normal plot but is also the most insane in terms of individual events in the film. There are far too many nonsense moments to highlight, but the best would be the extremely staged slow fall off a toboggan. The second film is the most fun of the trilogy. It’s an unapologetically generic Christmas film and the only one that tries to feature Christmas as a central plot point. The third film is the most insane of the bunch and is not in any way a Christmas film. It’s a caper that devolves into the most random plot points that don’t fully connect and continuously try to top the previous. This trilogy has everything, fast-talking news liars, Italians, queer characters, and a Loki ripoff that randomly joins and leaves the plot. 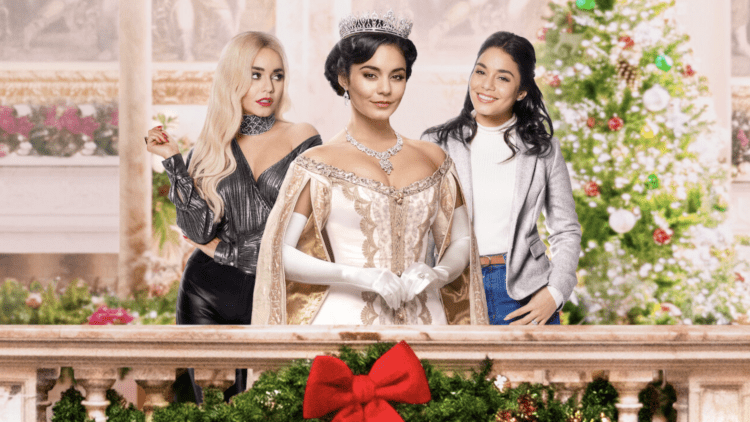 “The Princess Switch” trilogy is truly the worst Netflix has to offer. The series’ whole gimmick is Vanessa Hudgens playing multiple characters, each with bad wigs and accents, switching places and pretending to be each other. And yet, it is somehow still so so so boring.

The first film introduces this concept and is an overly long story of baking competitions and royal engagements. The second film introduces nothing but a dating history that doesn’t matter and way too many romance-based plot points that exist in one-on-one character conversations that make this film feel like it’s 3 hours long when it’s really only an hour and 36 minutes. Other than the very jarring but accidentally hilarious kidnapping scene, this second film is not worth watching.

The third and (hopefully) final film in this trilogy is somehow the best of the three. In the second film, a third Vanessa Hudgens in a bad blonde wig is introduced. She’s an off-brand Disney villain who accomplishes nothing. This character was so captivating to the Netflix executives that they wrote a third film that is just another completely non-Christmas-based caper that has sprinkles of childhood trauma. Somehow, this is the only watchable film of the trilogy. 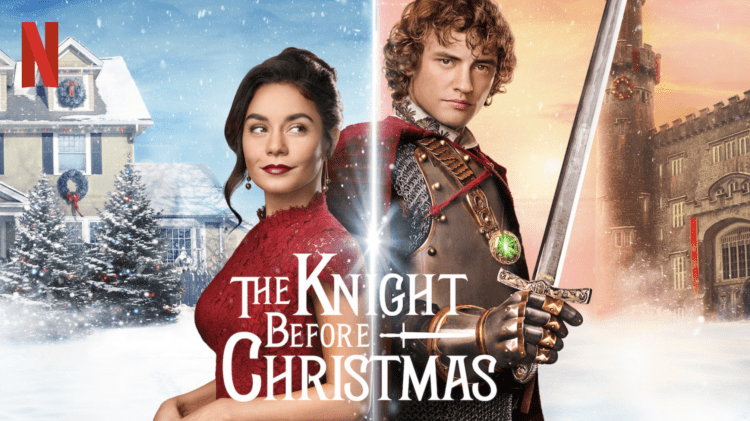 Vanessa Hudgens and Josh Whitehouse in “The Knight Before Christmas” (2019), courtesy of Netflix.

“The Knight Before Christmas”

“The Knight Before Christmas” might be the best Netflix Original ever made. The plot is nonsense, and most of the acting is terrible, but it is nothing but a gem. The plot is essentially “what if a medieval knight time traveled to the present day via forest hag magic in order to complete his knightly quest which is to fall in love.” It doesn’t make sense, but it doesn’t have to. The joy of this film is that there is joy. It’s fun. This film also has a scene where a character in the film watches Netflix Original Christmas films, which further adds to the brain-melting question of “do these characters know they aren’t real?” Somewhere between the medieval knight trying to catch and roast a skunk, and the scene where the knight cartoonishly eats rolls out of a bag in the grocery store, this film won me over, and I really didn’t expect it. This film takes off with a meet-cute car crash and never slows down after that
moment. If you watch only one of these films, this is the one to watch. 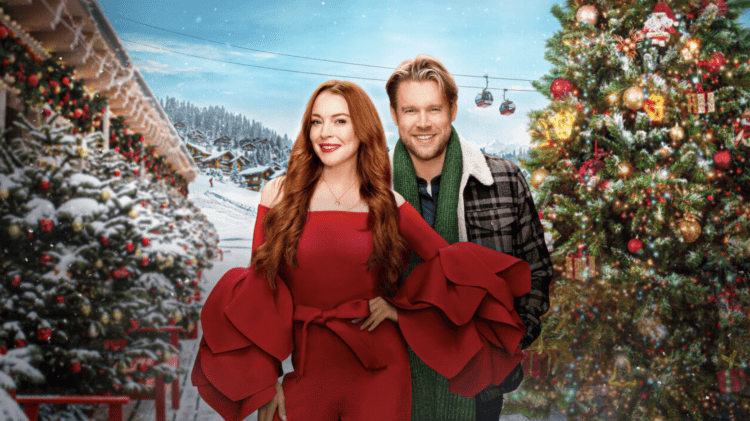 Finally, we have the newest movie of the bunch, “Falling for Christmas.” It’s a fever dream of a film so far past reality that it is indistinguishable from satire, but it makes up for it with the world’s worst raccoon puppet. This film is entirely too earnest while being entirely detached from reality. You go from watching Lindsay Lohan in a goofy montage of head-injury-based sitcom-style nonsense to a sentimental conversation about the male lead’s dead wife. Characters will interact with each other like they’ve known each other for years, then immediately act completely awkward and stiff with one another. Will you understand what’s happening? No! Will any of the characters’ interactions make sense? No! Will there be pay-off for any idea introduced in this film? Absolutely Not! Will you have a good time? Absolutely.

Why should you watch these films? You shouldn’t! But you probably will anyway. Be warned, there is very little fun to be had and very little sense to be made, but there are gems and moments that warrant appreciation. You might enjoy laughing at these movies, and there’s something to be said about the joy of hate-watching them.

My personal ranking for how good these films are is as follows:

Moving Pictures: ‘Black Adam’ and the Hierarchy of Mediocrity