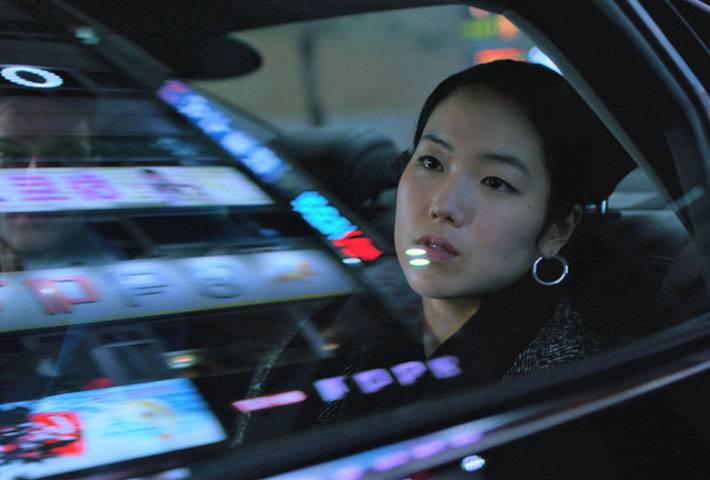 If you have lived across cultural borders for a significant amount of time in any context, whether it be adoption, international study (like me), or immigration, “Return to Seoul” will reach into your chest, tear out your heart, and drum on your ribcage like a xylophone to boot. The film is a classic East-meets-West immigrant tale, turned on its head — instead of Eastern immigrants moving west and being subjected to the trademark travails of assimilation, here we have a Western adoptee of Eastern descent, unable to speak Korean despite “looking like one.”

Freddie Benoit (Park Ji-min giving an electrifying debut performance; not to be confused with the BTS vocalist) is a 25-year-old woman visiting Seoul for the first time. But the land that should feel like home to her is unfamiliar and unwelcoming. Having been put up for adoption as a child and raised by French parents since she was young, Freddie is a fish out of water in Korea; a novelty to be gawped at; to be put into any available box to be easily comprehended by the closed-minded. “Where are you from?” she is asked at a bar, amongst a group of new acquaintances in halting English. “France,” she enunciates, to disbelief and surprise all around. Before anyone else can get a word in, another member of the party yells, “Paris Baguette!” Oh, the horror of being perceived, especially when your lived experience is one that only a tiny minority will ever share.

Freddie’s simultaneous existence as a local and a foreigner subjects her to many pointed remarks, from comments that she has the face of a “pure Korean,” to barbed jibes from new friends about how they wish they could speak “other” languages — even though to Freddie, French is not a second language but her mother tongue.

Across two major time skips and a two-hour runtime, set off by these initial encounters stressing her “inherent Korean-ness,” Freddie must grapple with the very question of identity itself. Who is she? Where does she belong? Will finding her biological parents bring her joy or disappointment?

At the adoption agency that sent her to France, Freddie is told that her birth name, Yeon-hee, means “docile and happy,” but that is exactly what she is not. Irate, restless, and always bristling for a fight, Freddie has no qualms about simply walking away from any strife that she is unready or unwilling to face. She is unafraid to tell people exactly what she thinks of them. She looks on in irritation as her biological grandmother tearfully thanks the Lord for helping her eventually “find her way home,” and again as her biological father begs her to forsake her life in France to live as a family with him and her half-sisters in Korea. “I’ll help you marry a Korean man,” he pleads, “and everything will be easier once you learn to speak Korean.” Her curt, blunt response — “I’m French now.”

Yet, the subtleties of Park’s performance hint that she might not see her self-identity as such a cut-and-dry issue. At times she plays Freddie as a petulant young adult, at others a reckless hedonist, and even later on, a poised, successful entrepreneur. It is a testament to Park’s brilliance that despite the many faces and guises she dons at different stages of her life, Freddie is still clearly conflicted; torn in two by the desire to assimilate, or to forge her own identity by forsaking any kind of true cultural or familial connection for herself.

The path to finding one’s “true identity” is long and winding, and more often than not depicted by filmmakers across genres through a pastel-hued haze of nostalgia — bonus points if it’s shot on 35mm and distributed by A24 — but director Davy Chou vehemently avoids falling into the habits of his predecessors. One of the film’s most striking scenes arrives early on, in which Freddie wanders through Seoul beneath overcast, drizzling skies; toting a transparent vinyl umbrella. This is not only a direct, almost too-obvious nod to Sofia Coppola’s “Lost in Translation,” but also a defiant subversion of the fetishization of foreignness found in said film.

Unlike Coppola’s glimmering vision of Tokyo, we are not shown Seoul through rose-tinted glasses. Instead, we watch Freddie wander through murky underground clubs, seedy hostels, decrepit flats, and pitch-black alleyways that never feel like home to both Freddie or the audience. Even after seven years, she can never quite shake the feeling of being nothing but alienated in a place that is both familiar and strange. “This place is toxic for me,” she tells a new boyfriend, as the bright lights of metropolitan Seoul scroll past her taxi window in another neon, Coppola-esque dream. In “Return to Seoul,” there is no moralizing ending, no sudden epiphany through which Freddie realizes where she truly belongs. Perhaps belonging is what you make of it. Or, a more difficult truth — perhaps sometimes, belonging will only bring you pain.

“In a way, you are a Trojan horse,” says André, an older man that Freddie chooses to hook up with on a whim. This is perhaps the most accurate description of what it means to live a life between different cultural heritages. There are, of course, plenty of derogatory terms for such a life — “banana” or “coconut” are the most common examples lobbed at “white-washed” East and South Asian folks. But being a “Trojan horse” goes so much farther than scurrilous allusions to a mismatched life. The story of the Trojan Horse is ancient, dangerous; a tale of two powerful cities told in one breath. And it is this sense of strength and poise that we are left with as Freddie’s fate is left up to the audience’s interpretation, for to navigate a life between two worlds is to draw on the power and history of both.

Nestor Kok (MFA VCD 2022)  has been described as “Timothée-Chalamet-adjacent” — whatever that means.

What to Know About the Fall 2023 Schedule Change