Still All the Rage, The Smashing Pumpkins Come Home to the Metro 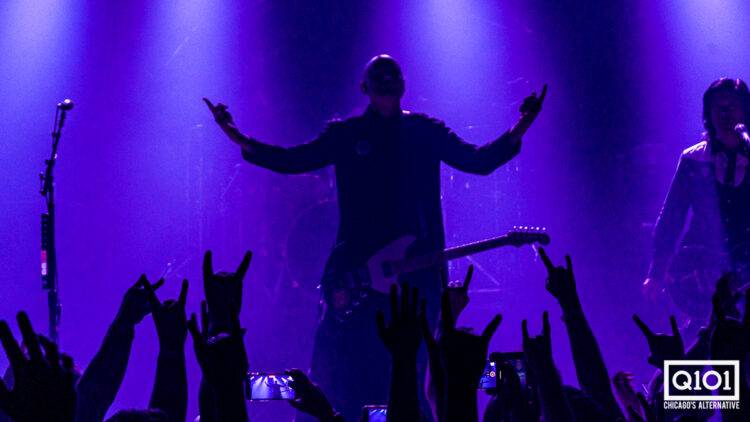 Billy Corgan and The Smashing Pumpkins take the stage at Metro in Wrigleyville, Sept. 20. Photo by Zach Spangler.

Billy Corgan had never looked more at home — and in a way, he was home. Playing for a packed house Sept. 20 at the Metro in Wrigleyville, Corgan and The Smashing Pumpkins appeared at ease as they tore through a set packed with brand-new material and a back catalog of classics. Corgan, a Chicago-native and longtime Wrigleyville resident, returned to his hometown to kickstart an exciting and ambitious new era for the Pumpkins with a show few will soon forget.

Earlier that day, the band announced a new triple album/three-act rock opera, “ATUM.” The following celebration filled the venue to capacity and blew the roof off with a career-spanning, 23-song set. The intimate gig also celebrated 40 years of the Metro (the venue opened in 1982, during which Pumpkins have played at the venue 39 times according to Setlist.fm). The evening served as a nostalgic homecoming for the band, a proper start to their “Spirits On Fire” tour with Jane’s Addiction.

Local alternative radio station Q101 hosted the concert, giving away tickets via a call-to-win contest. Call traffic stacked up into the thousands in hopes of winning a ticket. On the night of the show, those who did win wrapped around the Metro and into Racine Ave. (a stand-by line of non-winners also developed alongside).

Before the show, ticket-winners and stand-by line alike braved a freak bout of torrential rain, soaking most everyone (article authors included). It felt symbolic that once security began to scan tickets, the sky cleared up and revealed the pink-orange sunset. The scene wrote itself: nothing could or would break the celebratory spirit of both Chicago locals and perennial Pumpkins fans. 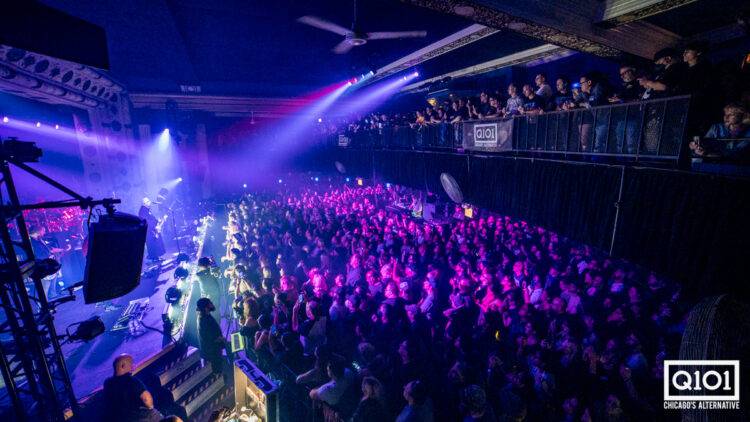 Once the show started, it started. The emboldened band blazed through “Bullet with Butterfly Wings” early in the set with brazen, “fuck-you” energy. Knocking out one of their biggest hits in the first five songs might scare off other groups, but Corgan and co. managed to keep raising the stakes. The small-scale capacity of the Metro didn’t stop the band from playing at stadium-level force, minus a few thousand people.

The band debuted new songs “Empires” and “Beguiled” from “ATUM” throughout the set. The heavy-hitting, borderline-metal “Empires” popped up after the opening and rather loud “Quiet.” Later on, the band gave new single “Beguiled” its live debut. The industrial-tinged, handclap-stomp teased a hard rocking outing from the upcoming triple LP, a sequel to the beloved “Mellon Collie and the Infinite Sadness.”

Smashing Pumpkins at the Metro
Yesterday in Chicago pic.twitter.com/n1xN70CzbE

Corgan had never looked more comfortable on stage. Every guitar strum, every goofy little dance felt calm and precise. Corgan wore a grin across his face the entire set, perhaps never more than during the timeless hit “1979.” Corgan looked like a man doing exactly what he should be doing, in exactly the right spot. Even during a cover of the Talking Heads’ “Once in a Lifetime,” Corgan looked at ease as he shimmied and shook across the stage in his black robes.

“Who got in free tonight?” a grinning Corgan called out. The audience roared back. Pumpkins could have chosen to kick off their tour at any venue in the city, but returned to one of their first venues to give their oldest fans a thank-you like no other. Saturday marked Pumpkins’ 39th appearance at the Metro, but based on the energy of the band and fans alike, it will be far from their last.

Entertainment Still All the Rage, The Smashing Pumpkins Come Home to the Metro
« Previous Story

One Response to Still All the Rage, The Smashing Pumpkins Come Home to the Metro