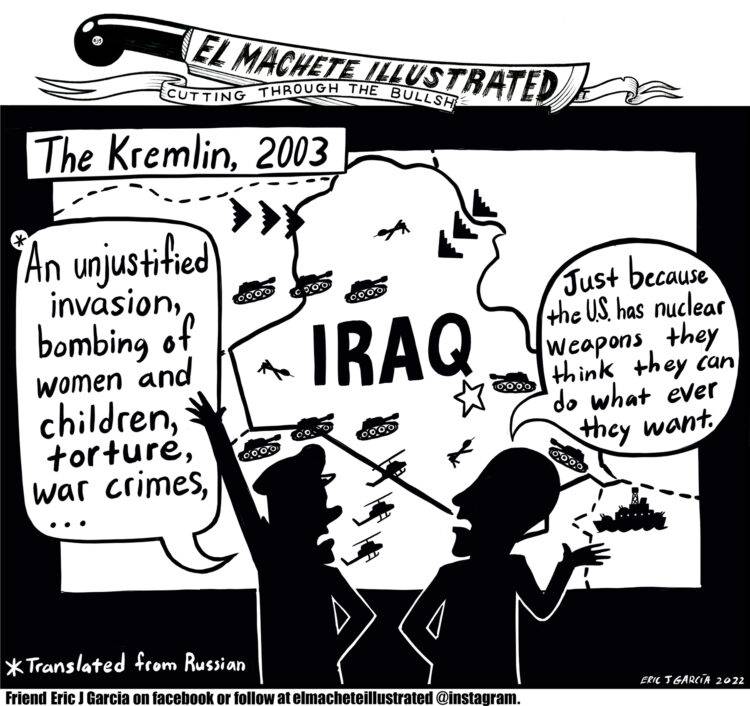 Transcript: A caption box at the top sets the time and place as The Kremlin, 2003. Two silhouetted figures stand in front of a large photo of the country IRAQ. Iraq is covered in tanks, planes, and helicopters coming from outside the country. The first figure in the foreground says, “An unjustified invasion, bombing of women and children, torture, war crimes…” The second figure responds, “Just because the U. S. has nuclear weapons they think they can do what ever they want.” At the bottom of the cartoon, we see a caption noting the word balloons are “Translated from Russian.” 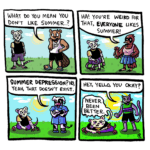 Bad Parable – Must Be Summer 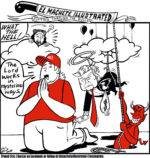